Hitler once stated, “To defeat Fascism, you need to act more like a Fascist.”

The murderous tyrant had a point.

In both World Wars, the United States resorted to violations of democratic principles more commonly seen from our nation’s enemies.

During World War I, The Sedition Act of 1918 was passed. Anyone casting the government or the war effort in a negative light could be sentenced to 5-20 years in prison and fined up to$10,000. Thousands were prosecuted and convicted for what we call free speech today.

Eugene Debs, a presidential candidate in 1912 who won 6% of the vote, fell into this category.

According to Smithsonian Magazine, “The American Protective League, a national group of 250,000 volunteers acting with the blessing of U.S. Attorney General Thomas Gregory, searched their neighbors’ homes and mail and reported the allegedly disloyal.”

Hundreds of thousands of Americans died of the Spanish Flu in part for this very reason. Mentioning the Flu was thought to hamper wartime morale.  During the War, President Wilson made no references to this vicious plague as it raged through the nation.

In World War II, things got worse. After Japan attacked Pearl Harbor, innocent Japanese-Americans were blamed. President Roosevelt signed Executive Order 9066. Anyone at least 1/16th Japanese could be re-located to remote Internment Camps. This made keeping an eye on them easier,  preventing further sabotage. 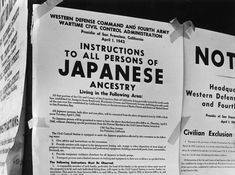 The economic effects on Japanese-Americans were devastating. Owners of farms, businesses, and homes were forced into selling at fire-sale prices.

Reparations and a formal apology were enacted in 1988.

Years earlier, Nietzche issued this warning. “Beware that, when fighting monsters, you yourself do not become a monster…for when you gaze long into the abyss. The abyss also gazes into you.”

What’s different about this more benign conflict is the less the good guys act like the competition, the better their chances of emerging victorious.

Financial salespeople posing as real advisors rely upon a non-transparent business model. Preying on human cognitive defects, especially the fear of the unknown.

In World War II, Japan committed ghastly atrocities against prisoners of war and innocent civilians. Their POW camps were barbarous. Allied soldiers had a much better chance of survival if the Nazis captured them!

There was a twisted method behind their madness. In the  War Crimes trials that followed, a Japanese Officer was asked by interrogators, Why did the army behave in such a heinous manner?  He replied, “We told our soldiers to do this because now they knew they had to fight to the death. If they were captured, the same fate would await them.”

Think about how large insurers and brokers motivate some employees?

According to one broker, “It incentivizes you to make bad decisions and really do things that you normally wouldn’t do.”

Selling clients the riskiest, most illiquid investments containing the highest fees are the unsurprising outcome.

There’s no need to become a financial monster to win this war.

When Union Civil War General William Tecumseh Sherman led his 60,000 Union troops on his 1,000-mile march from Atlanta to the sea, his intent was “To make Georgia howl.”

He believed in a “Hard war but soft peace.”