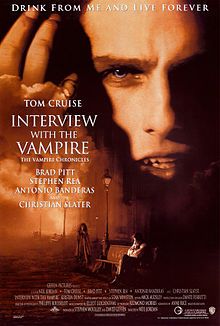 403(b) plans leak an astounding $10 billion annually in unnecessary investment costs; according to data analysis by human resources consultant, Aon Hewitt. A big reason for this financial atrocity is the hiring processes of many large insurers and brokers. I have noted before that certain companies place deceiving ads to lure young people into their webs of conflicting interests.

Promises of an exciting career as a “financial advisor” soon morph into a Willy Loman-like existence. This often involves staking out the teacher’s lounge to push the latest high-cost annuity product.

Young recruits and others are captured by big insurers with advertising on such popular sites such as Glassdoor, LinkedIn, and even Craigslist!

A popular technique is to recruit former teachers and turn them loose on their unsuspecting colleagues.

The New York Post recently featured a story about a school employee who used a data base of emergency contact numbers for parents to peddle insurance policies! This article was cleverly titled: A Bad School ‘Policy.‘

In the words of Tadas Viskanta,“The problem isn’t the Bernie Madoffs of the world. The problem is that a wide swath of the industry engages in activities that while strictly legal, are on a deep look unethical.”

In the spirit of resistance against financial exploitation, here is the story of a sharp and enterprising young teacher. He decided to go on an interview with a large insurer that currently sells high-cost and unnecessary annuity products in his school. He wanted to get to the bottom of this unholy process.

What he found out confirmed his worst suspicions.

Well to begin, there was a period of uncertainty in my teaching career where I spent a year as a leave replacement and long-term substitute while I was finalizing some additional teaching certifications. In this capacity, I was employed by a few different school districts in both Nassau and Suffolk County. At the same time, I remained active on LinkedIn and other job boards seeking a full-time tenure track teaching position in one of my three certification areas. I worked in three different school districts that year.

During that time I became familiar with the retirement plans offered in these districts and was startled by the glut of high-fee 403(b) plans. I sat down with a few of these advisors in faculty rooms and was alarmed by the sales pitches I was receiving. I felt the need to shower after leaving these meetings. It seemed every advisor wanted to put me, all of 24 years of age at the time, in a high-fee annuity. I was being stalked by blood thirsty sales people who didn’t seem to know the answers to any of my questions.

I would frequently ask other teachers if they understood their investment plans and was shocked at how many of my colleagues were invested in these low-quality insurance products. I was dumbfounded as to why anyone would trust a salesperson that was willing to sit in an isolated corner of a faculty room for hours at a time. If this “retirement planning specialist” really knew what he or she was doing, why would they need to be slicing my Italian hero?

As I navigated my way through the various investment plans and emailed various investment firms to inquire about their offerings, I realized that I was being stalked by advisors. The same financial advisors would do these mass email mailings. Meanwhile, one school district in Nassau provided access to the low-fee New York State Deferred Compensation 457 plan. The difference between this option and the others I had been presented with were night and day. So when someone reached out to offer a job interview after I had already landed that tenure track teaching position, I already had a reason to be suspicious. I had no intention of taking his offer but wanted to hear what he had to say.

It became immediately clear that the job I was being interviewed for was a sales role and not a financial advisory position. This was my concern from the vague job description and the willingness to interview after hours (a 6:30 p.m. interview after a long ride home from work). The person conducting the interview had presumably found my resume on LinkedIn or some other job board and was particularly concentrated on the size of my network. He wanted to know who I knew and how I knew them. He was clearly eyeing my business background and connection to the education arena. Within a few minutes, I knew this was a waste of my time but was still intrigued enough to stick around to ask some questions.

No, I was alone. This was an evening interview (after hours). In fact, the fact that I was alone and that the office had mostly cleared and that my interviewer had clearly stayed for the sole purposes of interviewing me was very telling.

Yes; the basic inability of the interviewer to justify the placement of teachers into high-fee annuities —  surely I had to ask this. Mind you, this was in 2011, or so; before the low-fee indexing movement. But I was being recruited for my perceived ability to bring in education clients. I wanted to know if this guy believed in what he was doing for a living. I guess a part of me wanted to believe that people like him were more naive than malicious.

But he was selling a Stratton Oakmont culture and lifestyle. It was clear this guy knew what he was doing to his clients. It was also clear that he wasn’t able to answer basic questions about the value his products offered to teachers. He asked me that typical interview question to sell him the pencil he showed me. I asked him if the pencil worked. He laughed. I more or less told him I wasn’t interested in working for a company that sold defective pencils but thanked him for the opportunity. That’s as much as I can remember.

Incentives were clearly not aligned with client’s best interests. It was clear that the focus was on quantity.

Definitely; it was clear that I was being valued in terms of the potential quantity of sales I could bring in.

Everybody has a price. How much is your integrity worth to you?

Selling investments equivalent to “defective pencils” is not a good life decision for many reasons.  Beware the next time you see an ad for a financial advisor on Craigslist.

The eternal life of a vampire is not all it’s cracked up to be.