When we were in college, the highest compliment was – They’re hardcore.

Poseur was the biggest insult. 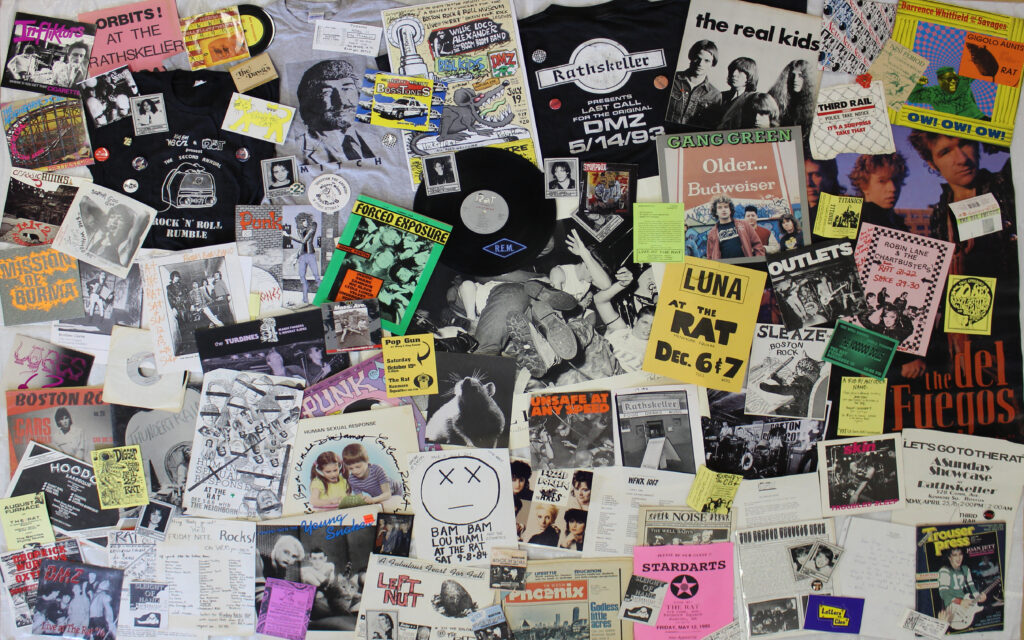 We lived right across the street from Boston’s home for aspiring Punks- The Rathskeller, located in Kenmore Square, was Beantowns’ answer to  CBGBs.  We loved every minute of it. 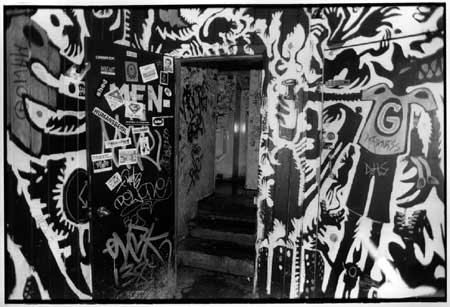 The entrance to the Rat’s bathroom – Proceed at your own risk.

Who would’ve thought an old guy in a suit emerged as the fifth  Sex Pistol.

Jack Bogle was a Punk Rocker. Conflicted financial salespeople are the epitome of poseurs.

The Clashs’ Joe Strummer said it best; Punk Rock isn’t something you grow out of. Punk rock is an attitude, and the essence of that attitude is give us some truth.

The message was simple, honest, and pure rebellion.

Jack Bogle expunged investing fluff.  You get what you don’t pay for regarding returns—no need for the five-minute drum solo.

Eric Balchunas hits it out of the park in his terrific new book, The Bogle Effect.

Bogle may have looked like a latter-day Henry Fonda, but his message and style had more in common with punk rock. Just as punk was a reaction to disco and style over substance, launching low-cost index funds was reacting to the financial industry’s frothy status quo. Both were about being the opposite of what they saw around them. Rolling Stone magazine describes punk rock as “a negation, a call to streak, brutal simplicity.” if that doesn’t describe Bogle’s life’s work-and cheap index funds don’t know what does.

Vanguard slashed fees to the bone. They were calling out the investment poseurs and making them play their game. Firms entered the new arena kicking and screaming. They had no other choice. The cost savings Bogle unleashed through the aptly named Bogle Effect transferred trillions of dollars from salespeople into the hands of the investing public.

Karl Marx would be envious of the colossus scale of this wealth redistribution. The excellent news is that Bogle was a card-carrying capitalist and believed in efficiently allocating resources. 5.75% sales loads weren’t part of his equation.

Eric’s book’s most fantastic personal aspect is that Dina and I turned up in a group carrying Bogle’s torch. Trying to disrupt the status quo and create havoc amongst the entrenched fat cats is a badge of honor. Twenty years ago, I was helping teachers move from crappy annuities to low-cost Vanguard funds during my lunch period. Now we’re mentioned in a book about the greatest reformer that the world of finance has ever seen.

Dina’s testimony before Congress was straight out of Bogle’s handbook.

We have about 200 teacher clients with roughly $30,000,000 in assets. Our small contribution to the cause will pay enormous future dividends for this deserving but viciously exploited part of the investment universe.

We calculated we’re saving teachers about 1.5% annually when switching them over to our low-cost program. Currently, there are approximately $3,000,000 in new contributions annually. From an acorn grows an investment oak.

The 1.5% savings on the principal and new contributions equates to about $19,766,651. (This is a conservative assuming we add no new assets over the next twenty years.) 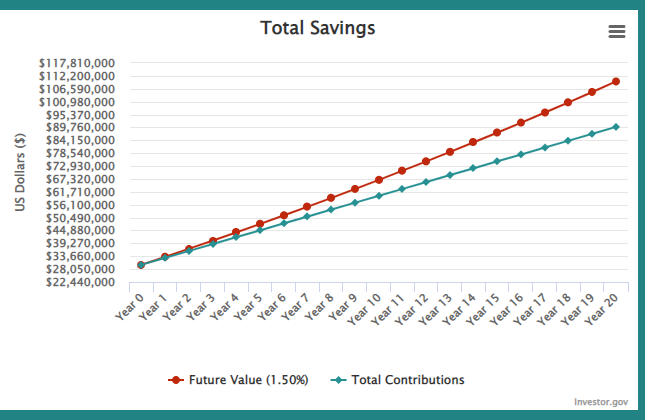 Instead of lining the pockets of a conflicted insurance culture, this money will find a better home.

This number is a rounding error compared to what Bogle accomplished but exemplifies the compounding power of the Bogle Effect.

We’re honored Eric mentioned us in the same sentence as this extraordinary man.

Buy the book. It’s cheaper than not buying it.

Source: The Bogle Effect: How John Bogle and Vanguard Turned Wall Street Inside Out and Saved Investors Trillions by Eric Balchunas