Financial services have a virtual monopoly over the lucrative industry of manipulating emotions.  Narratives based on euphoria or depression are more than enough to close the deal.

Yet they are mere amateurs when compared against the Roman Catholic Church of the Dark Ages.

The worst bear market for humanity took place in the Middle Ages. People were subservient to a hypocritical and dictatorial Church. They were told the purpose of life was sacrifice and suffering –  no questions allowed.

The price of admission was severe. Pray, work, eat, sleep and pay taxes to the Church; rinse and repeat.  Burnings at the stake, drawing and quartering and torturous inquisitions of heretics provided gory breaks to the daily grind. 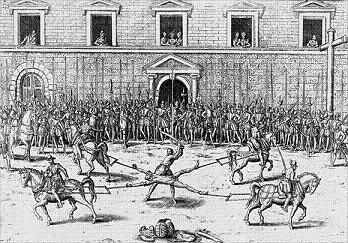 There was a way out of this living hell. If you had enough money, you could buy a ticket to heaven.

Indulgences, as they were called, are like modern financial products that promise the unachievable –  high returns and low risk; the indexed annuity of the Dark Ages.

Thomas Gascoigne, chancellor of Oxford noted in 1450, “Sinners say nowadays: I care not how many evils I do in God’s sight, for I can easily get plenary remission of all guilt and penalty by an absolution and indulgence granted me by the Pope, whose written grant I have bought for four to six pence.”

Just like today’s conflicted financial salespeople, the Pope sent out quaestiarii, or pardoners, who were commissioned to do the Vatican’s dirty work.

These “indulgence-mongers” were set loose like annuity peddlers taking up camp in public schools.

Gascoigne commented pardoners would “wander all over the country and give a letter of pardon. Sometimes for two pence, sometimes for a draught of wine or beer…or even for the hire of a harlot.”

This transformed the Church into a “money machine.”  The Vatican shareholders became very rich men while their clients suffered. Sound familiar?

The Church created their own form of trailing commissions.  Holy offices were sold freely.

“An ecclesiastical appointee had to send the Curia half his income during the first year of his appointment and a tenth of it each year thereafter.”

Derivatives were pushed to the unclean masses. The Vatican cornered the market on futures contracts for salvation.

Funds were needed to rebuild  St. Peter’s Basilica in 1517. All hands were on deck for a new product launch.

“As incentive donors would receive not only complete absolution and remission of all sins but also a preferential treatment for their future sins.”

The Dark Ages had “producers’ clubs.” Johan Tetzel was the Chairman. He traveled with a crew of sales assistants and was considered a medieval P.T. Barnum.

His sales pitch included this script. “I have here the passports…to lead the human soul to the celestial joys of Paradise.”

Like brokers who will say anything to close a deal, Tetzel was a master of manipulation.

“Anything could be forgiven, he assured them. Anything.”

Like Wells Fargo’s “eight is great,”  Tetzel had quotas to fill. No lies were off limits in this high-stakes game.

The “Peddlers of Paradise Passports” met their match in Martin Luther and the rest is history.

The financial services industry is way overdue for its own reformation. 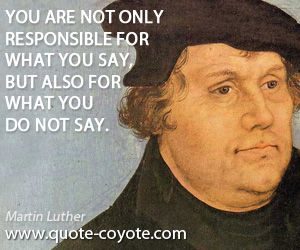 Source: A World Lit Only By Fire, by William Manchester