What’s the secret to a longer life?

Studies prove age beliefs are a big piece of the puzzle.

Even in our current cancel culture, one group is still fair game – the elderly.

Ageism is the most widespread and socially accepted prejudice today. Second, unlike race and sex stereotypes, we encounter age stereotypes decades before they refer to our own age group, so we rarely question or try to resist them. Third, society often segregates older people in terms of where they live, work, and socialize: children who notice the ways that older people are segregated, infer that these social divisions are caused by meaningful, inherent differences between age groups rather than what it often really is: people in power marginalizing older people. Fourth, these stereotypes are then frequently reinforced over our lifetimes as we are bombarded by messages in advertisements and media about older people. Ageism isn’t always the default state. In China, the first word that comes to mind when asked to describe an older person is wisdom. In America, it’s memory loss.

It’s assumed the natural state of older people is frailty, depression, and decreased brain function. Many of these beliefs are false but become a reality due to society’s reinforcement.

Many studies prove neuroplasticity continues through the aging process. It’s not a foregone conclusion an older person’s mind must deteriorate.

Becca Levy completed remarkable research on age beliefs. Her conclusion, If you can believe it, you can achieve it.

Positive age beliefs can extend life by as much as 7.5 years. 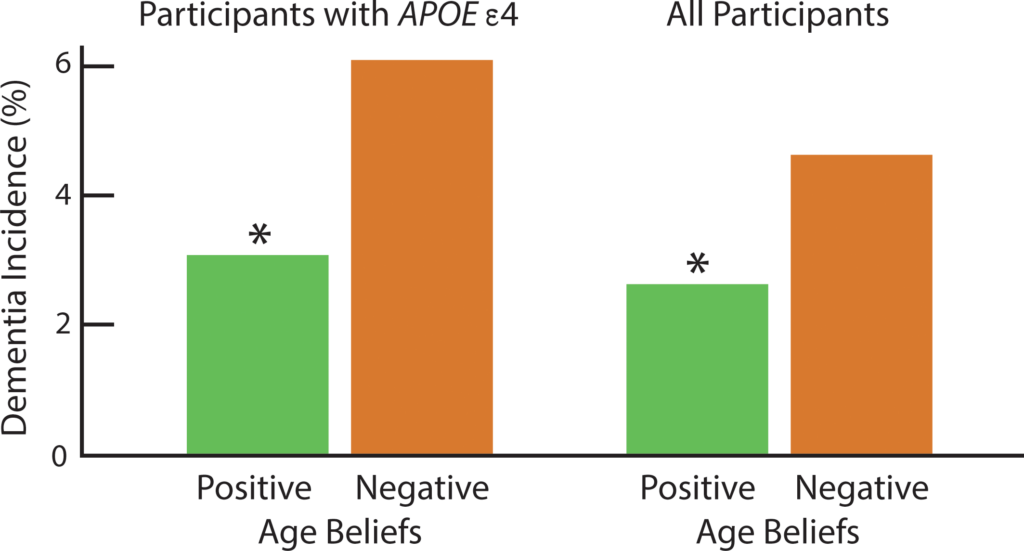 The medical establishment perpetuates the prejudice. Ignoring complaints of older people is often the norm. Therapy for depression isn’t part of the tool kit. Aging is the lazy diagnosis for treatable ailments.

Society constantly primes us concerning how we should feel about growing older. Sitcoms portray older people as inept and dependent. Teenagers are getting Botox treatments!

A successful retirement is a challenge, no matter how wealthy you may be. Social toxicity makes it effortless to choose the door of self-doubt.

How can we combat ageism in our society?

L(Longevity) is a function (f) of both the P(Person) which is composed of personality and genes. The E(Environment) includes the physical and social settings.   Environment reinforces ageism or rewards wisdom and longevity. In the United States, it’s obvious where we fall.

No race, creed, or religion is immune from ageism—nobody f*cks you harder than time.

The most critical component of your retirement plan is how you feel about yourself, not the size of your portfolio.

Create your own longevity story by standing up to the mob.