Permanence is the root of human misery.

We’re constantly clinging and craving. Dragging around the corpses of past experience, adding more suffering to the mix.

Think about that great vacation. Never wanting it to end but knowing it will. Craving for permanence is irresistible.

How can we NOT be disappointed?

Similarly for the bad times. It’s impossible fathoming the end of a bad cold, the last day of an interminable visit of an obnoxious relative, or the merciful season finale of your favourite NBA team.

Permanence creates untold misery. The more we cling, the harder it is to let go.

Joseph Goldstein remarks on our curious inability to grasp the fact change dominates our lives.

“Given all these examples of things that are before us all the tie, it is striking that we often still find the changes in our lives surprising. Somehow we count on things staying a certain way, or at least, if they are going to change, they will change to our liking. When we pay careful attention, we see that everything is disappearing and new things are arising not only each day or hour but at every moment.’

The financial markets are ground zero for delusions of permanence.

Last weeks brutal market sell-off confirmed this theory and then some.

While markets plunged 12%, investors doubled down on their belief the carnage will never end. 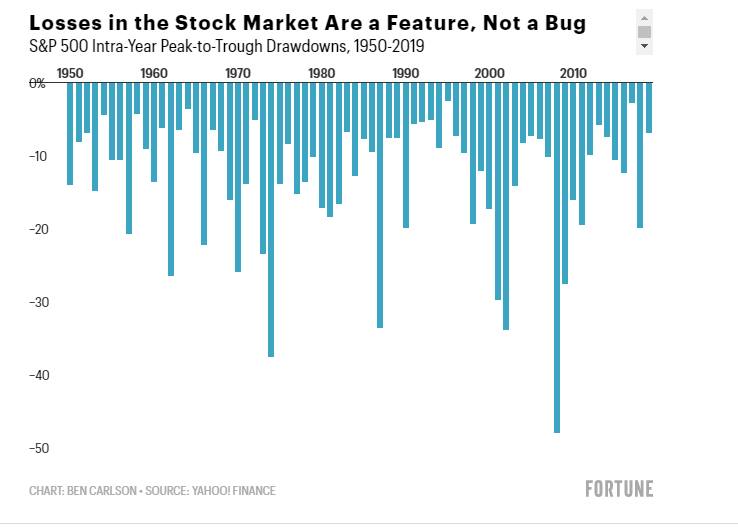 Carl Richards discusses what happens when our monkey brain gets caught in this cognitive trap.

When the market is down, we become convinced that it will never climb out so we cash out our portfolios and stick the money in a mattress. We know the market isn’t going back up because the recency bias tells us so. But then one day it does, and we’re left sitting on a really expensive mattress that’s earning nothing. 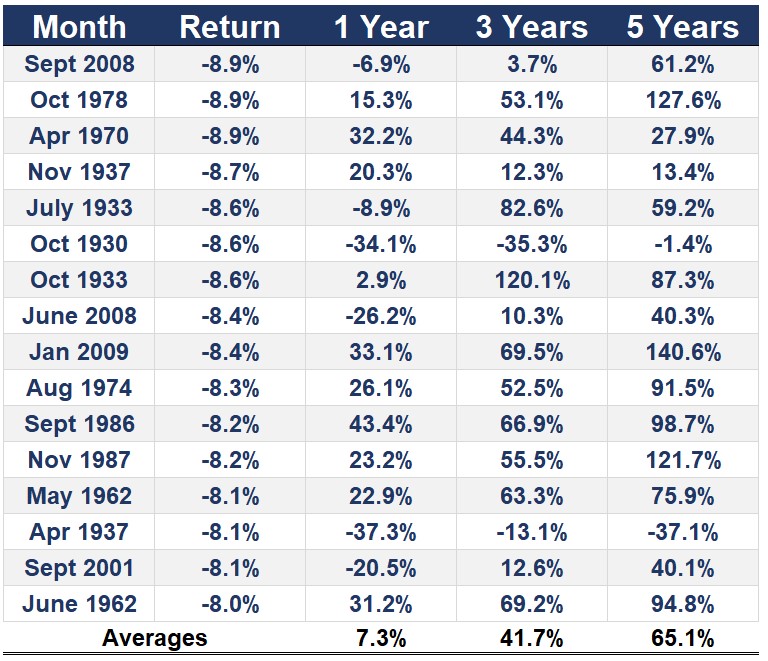 Think of panicked milk shoppers in anticipation of a five-inch snowstorm and multiply it by a gazillion.

Without a plan or a real financial advisor,  permanence causes investors to do exactly the wrong thing at the wrong time.

Clinging to the bear and craving for the bull. Selling when we should be buying or at least holding. As my colleague, Michael Batnick states, “gradual improvements go unnoticed”

Scary and dangerous diseases garner more headlines than their cures. 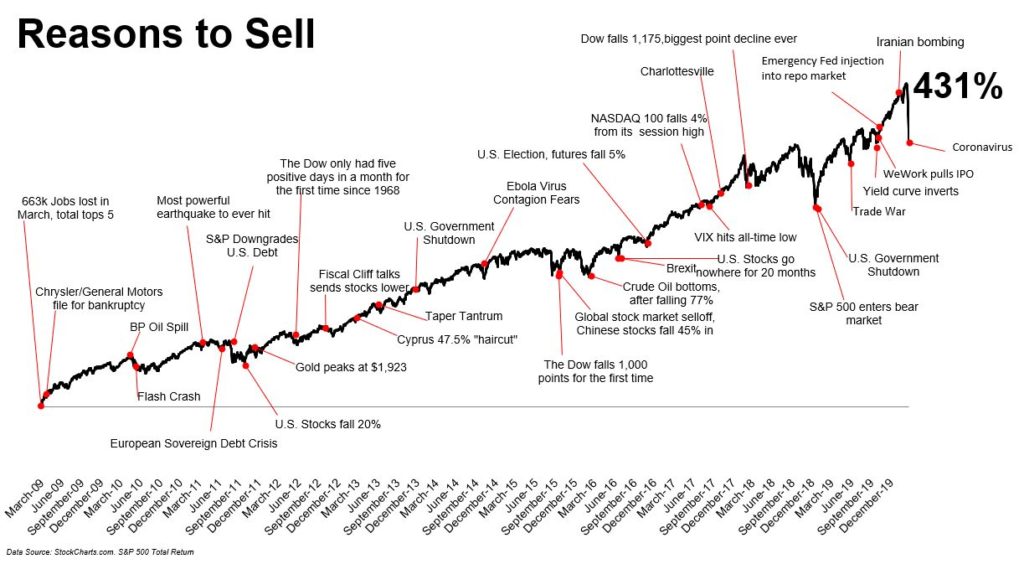 There’s something that can make this misery just a tiny bit less horrible. (Yes, that’s the best we can do in an age of information overload.)

Ignoring the noise is all but impossible at this point. We’re all too plugged in with alerts, social media, email, and the 24-hour news cycle. There is no such thing as ignoring anymore, only filtering.  Ben Carlson nails it.

The Iron Law of impermanence resolves all. How long this takes is another issue.

This doesn’t mean the bloodletting won’t get worse. Only a fool or a Charlatan would make that prediction.

No matter how hard we try not to dismiss the evidence

Liberating the mind from conditioned existence is difficult.

Our desire for permanence, no matter how hard we try, won’t be gratified.

Events arise and pass away all by themselves, despite our best efforts at prolonging the misery.

Only one thing IS permanent, this too shall also pass.

Source: Mindfulness A Practical Guide to Awakening by Joseph Goldstein