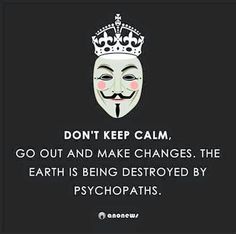 “‘If TIAA was in the non-ERISA arena, they wouldn’t even be getting in any trouble. They’re getting subpoenaed for things that are common practice and worse in all 50 states in the non-ERISA market,’ said Tony Isola, head of the 403(b) division at Ritholtz Wealth Management. ‘Where’s the justice there?'”*

TIAA was recently issued a subpoena by New York’s Attorney General for bad behavior that is commonplace in the K-12 public schools.

Let that sink in for a moment: A large investment company might be brought up on criminal charges for actions that would not cause anyone to blink an eye in the non-ERISA arena!

How does this occur in the United States?

I do believe the 14th Amendment provides us equal protection under the law; evidently, this does not apply to public school teachers and their retirement plans.

Incredibly, the accusations against TIAA would be considered “industry best practices” compared to many insurance companies who push fee-laden annuities on a daily basis to unsuspecting teachers.

Listen to 403(b) expert, Scott Dauenhauer: “What TIAA’s doing, I don’t like it, but compared to what goes on in non-ERISA 403(b) every day, on a relative scale it’s not the same. Relatively speaking, I’d rather have someone from TIAA than some of the other insurers. The stuff that goes on [elsewhere] in 403(b) land is still, way, way, way, way worse.”

In a land filled with 14-year rolling surrender periods and 3-4% annual expenses, Scott is 100% correct.

Public school teachers have little recourse.  School districts do not have any fiduciary responsibility regarding their plans’ investment choices.

Instead of a massive fine or a ticket to the big house, annuity peddlers often receive trips to Buenos Aires for being  “top producers.”

What is the solution to this massive financial exploitation of our public school teachers?  Sunlight.

The best disinfectant comes from nature. Constantly exposing how this situation is rotten to the core just may spark the change that is required.

Good people can only stand idly by for so long. We are counting on you.

With help from terrific journalists who do the right thing like, Greg Iacurci, we can get this done.  More to come…

Read the rest of the article here: “403(b) advisers disappointed with TIAA, but say other providers are ‘way worse.'”