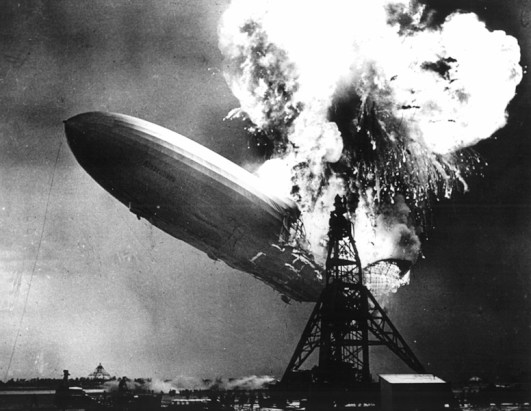 “Consumers are not equipped to make these choices. Information asymmetry has been used as a weapon against them for decades.” Josh Brown

Some large insurers have created the nitroglycerin of investment products – The Buffer Annuity.

This monstrosity of complexity is a variable annuity that does not use mutual funds in its sub-account. Instead it places one of the most indecipherable products on the planet, the structured product, as its replacement!

While this WMD might be appropriate for a small niche market, I highly doubt that is where the sales will be targeted.

Can you imagine anyone in their right mind buying something like this if it was not sold by an aggressive, perversely conflicted salesperson?

In other words, inside an already perplexing variable annuity (which often needs a 500-page prospectus to explain it) let’s add an obtuse structured product to take things to a whole new level of mind-blowing complexity.

This product offers the fountain of youth dream of upside participation with limited downside potential.

Understanding a structured product inside the variable annuity wrapper would be like trying to learn advanced computer coding from a textbook written in Chinese.

This product is so perplexing that it is highly doubtful the salespeople who are hawking it even understand it.

According to Donald Lopezi of FINRA, “We have some individuals who really understand VA’s and they were struggling with this….You have to wonder does the firm understand it? Does the rep?”

Warren Buffet always had his sister read his annual letter before releasing it to the public. Buffet wanted to make sure the average person understood what he was trying to say.

If this product was held to the same standard, his sister would have needed to be a certified rocket scientist to pass this test.

AXA Insurance, the company castigated in The NY Times for peddling inappropriate annuities to teachers, was the first company offering this product.

This product combines derivative products like options, futures and swaps inside an already complicated variable annuity.

Salesman (who don’t understand it) will pitch the “safety” of the product, due to its upside potential; while glossing over the enormous cost to protect the downside risk.

According to Lopezi, “We are starting to see some complaints on these products.”

We are constantly trying to unwind teachers out of complicated annuity products that they neither understand, nor need.

I would not be surprised to see the “Buffer Annuity” turning up in 403(b) accounts also.

I wish investors would just follow one simple rule: Never purchase something you don’t understand.

Unfortunately, the playing field is stacked against them. Salespeople are armed to the teeth while consumers are going to the equivalent of a  knife fight, without a knife.

I could not agree more with Andrew Stoltmann, a well known securities fraud lawyer,  when he observed: “I can’t think of two more odious products than a combination of a variable annuity with a structured product.  I feel like when these two investments come together, I’m about to witness the landing of the Hindenburg on the deck of the Titanic. It’s bad, we just don’t know how bad it’s going to be.”