Closet Indexing and legacy admissions have something in common.

The catch- they charge egregiously high fees for this “service.”

Asset manager American Century recently was accused of this practice.

“Managers who engage in closet indexing have an incentive to gain returns that are at least similar to the index,” the complaint notes. “Yet closet indexers continue to charge active management fees and incur transaction costs in the purported pursuit of greater returns, to the detriment of investors.” “Excessive management fees and transaction costs damage investors because such expenses reduce the value of the fund’s portfolio, and therefore its shares,” the complaint says.

Bringing us to another unsavory practice burrowing in a similar non-transparent arena – College Admissions.

Legacy admissions give many unworthy but well-connected students a get-out-of-jail-free card.

Subtract being a relative of generous alumni or donors. These applicants wouldn’t have a snowball’s chance in hell of attending an elite university.

How does this happen?

How prevalent is this issue?

Legacy admissions are the dirty secret of the college application process.

According to Jeffrey Selingo: “The preference given to the sons and daughters of alumni is nearly ubiquitous in elite education. Few schools, however, like to talk about legacy admissions or publicize acceptance rates for the children of alumni.” 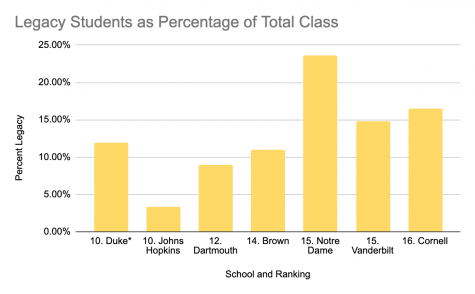 Between 2009 and 2015, the acceptance rate for legacies at Harvard was 34%. That compared to 6% acceptance for everyone else during this same period. In any given year, legacies make up around 1/3 of Harvard’s freshman class.

It’s difficult failing a test if you receive the answers in advance.

The billions in federal tax breaks are meant to serve the public good.

Colleges defend this practice by saying legacy admissions have the same academic credentials as everybody else.

Bill Bown completed a study that begs to differ,

It turns out legacy candidates have nearly a 25% chance better chance of acceptance than non-legacies with similiar grades.

Schools defend this practice by saying it generates goodwill with alumni and helps with donations.

A study found in the book Affirmative Action For The Rich disagrees.

The data showed that seven universities that dropped legacy preferences between 1998-2008 experienced no short-term reduction in giving.

There’s hope on the horizon.

Amherst College will no longer give admissions preference to the children of alumni.

In the past, 11% of incoming students fell into this category.

Amherst President Biddy Martin said the shift makes the school accessible to more students, regardless of their financial background or family connections.

“Now is the time to end this historic program that inadvertently limits educational opportunity by granting a preference to those whose parents are graduates of the college.”