Does a four-year college degree need to cost a quarter of a million dollars?

Don’t be indoctrinated into believing the slick marketing.

Schools are masters at selling the college experience.

“Would you like to live in a castle? Done.” 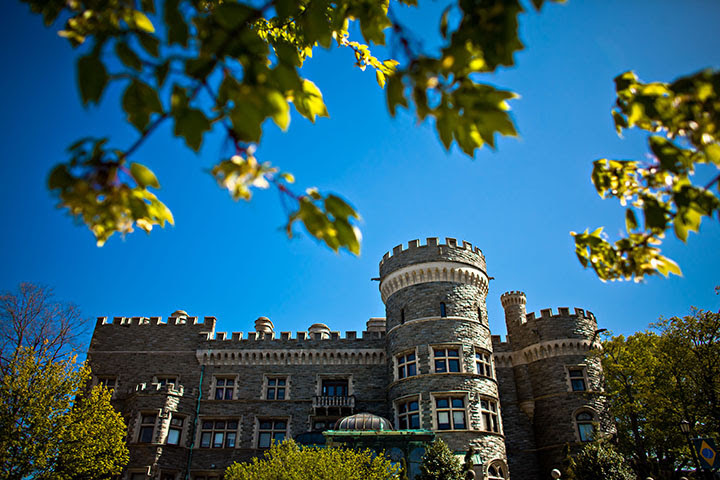 Our 16-year-old twin sons are beginning this journey. We don’t like what we see.

Observing some pretty interesting aspects of college life, we noted the following amenities.

These tidbits include but are not limited to:

Crepe and tapas stations in the school cafeteria

Of course, the tour ends at a Bloomingdale’s-like book store. God forbid leaving without a $75 hoodie!

How much of the over one trillion dollars in crippling student loan debt has gone to finance these expenditures?

The financial arms race for the bucks of wealthy parents seemingly has no limits.

WTF does this have to do with education, future earnings potential and life satisfaction?

We would argue – nothing.

This delusionary world void of any semblance of adulting is setting students up for a major post-college hangover.

Moving from a Club-Med like dorm to cramped apartments shared with four roommates, along with a boatload of student debt is one big reality check.

One of our sons, who has an excellent B.S. meter, made a sharp observation: “This would be a great place to go on vacation for a week or two.”

We’re not saying college isn’t a terrific investment for certain students, just not at this price. 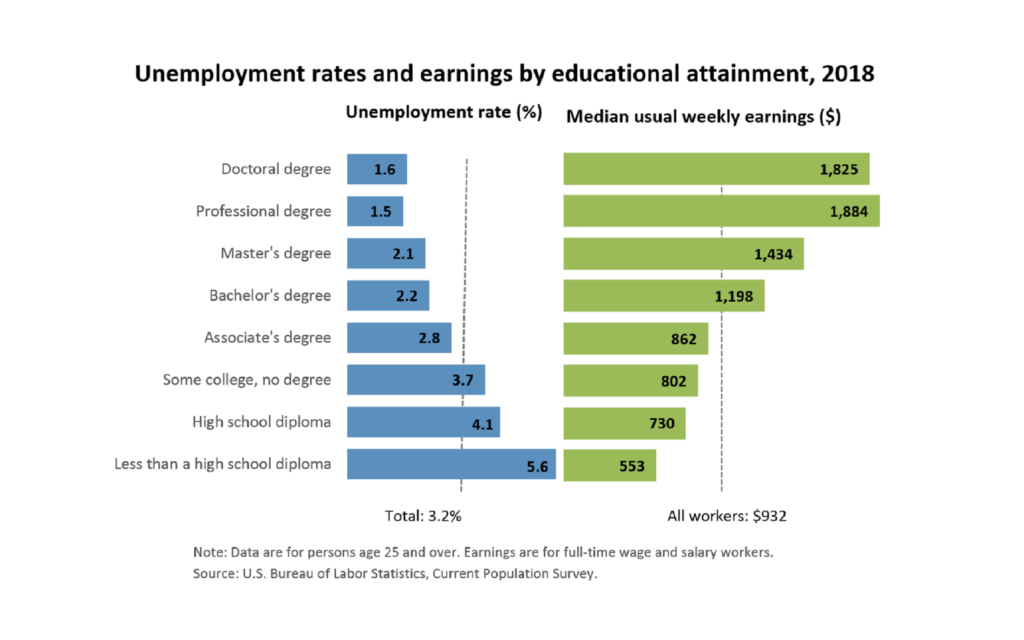 We need to rethink this idea. Is brainwashing already extended parents with a severe case of FOMO what our country really needs?

School is supposed to be about education, not status.

Money has an interesting perspective on this crazy scene.

Is a massive singular four- year investment preparing students for the next 40-50 years?

Would a dedicated program of life long learning rather than a four-year vacation-like experience be a wiser choice?

Are these expensive four years attended at the height of emotional immaturity the best way to figure out the next century?

Farnnosh Torabi, host of the podcast “So Money” has an interesting perspective.

“So there may not be all of this investment up front, going to get a degree. Maybe it’ll be, I’m going to get training or a certificate so that the next 10 years I can do this, but then I’m going to pivot and do that. That’s how I would go about it. Smaller investments in my advancement and education throughout my life. Because life changes, I change. There’s no sense in putting all my eggs in the college basket if I’m going to be living for a century. And of course, what I learned won’t be applicable anymore because I learned it 60 years ago and I’m still working.”

For some, it’s worth it.

Some massively expensive private schools become their audition for entitlement.

We are taking the under in this debate.

Is there anything wrong with attending a community college for two years and then transferring to a four-year university?

Why are state schools often one-third of the price of their private counterparts?

Why does everyone have to go to college?

If you believe college tuition should go towards multi-million-dollar contracts for football coaches or a penthouse-like dormitory – go for it.

For the rest of us, we need to reconsider a lot of the conventional wisdom that’s being thrown at us.  Does the only acceptable education have to be such an expensive one?

It’s symbolic that many of these tours end at the school’s gift shop.

Consider yourself lucky if your biggest expense is an overpriced sweatshirt.

Here’s a list of the most expensive schools in the country. 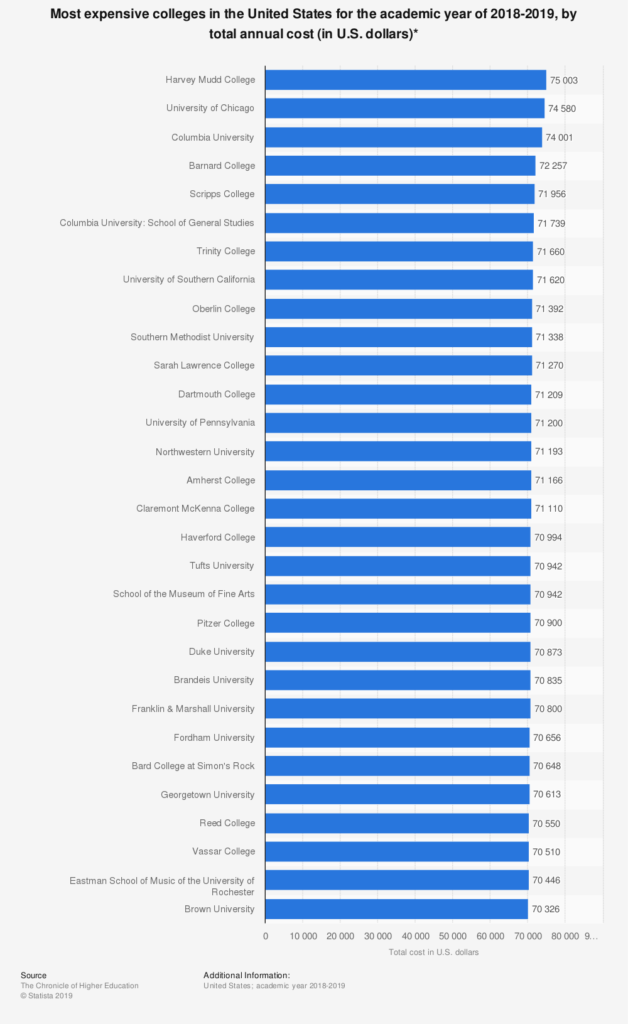