Only in 403badlands could wealth subtraction lead to wealth addition.

Using his skills, he crunched the numbers on the average surrender fees teacher’s pay to get out of costly variable annuities.

The results were simultaneously mind-blowing and horrifying.

According to Nick, Insurers are doing teachers a massive solid by confiscating 10% of their wealth!

“ If you were to invest over 30 years with a 5% annual return, you would be the same off staying in an annuity charging 2.25% as you would in a portfolio charging 0.5% after paying a 40% surrender fee!  That’s right.  You can start off with 60% of the money of someone else, but end up the same off simply because you paid so much less in annual fees.” 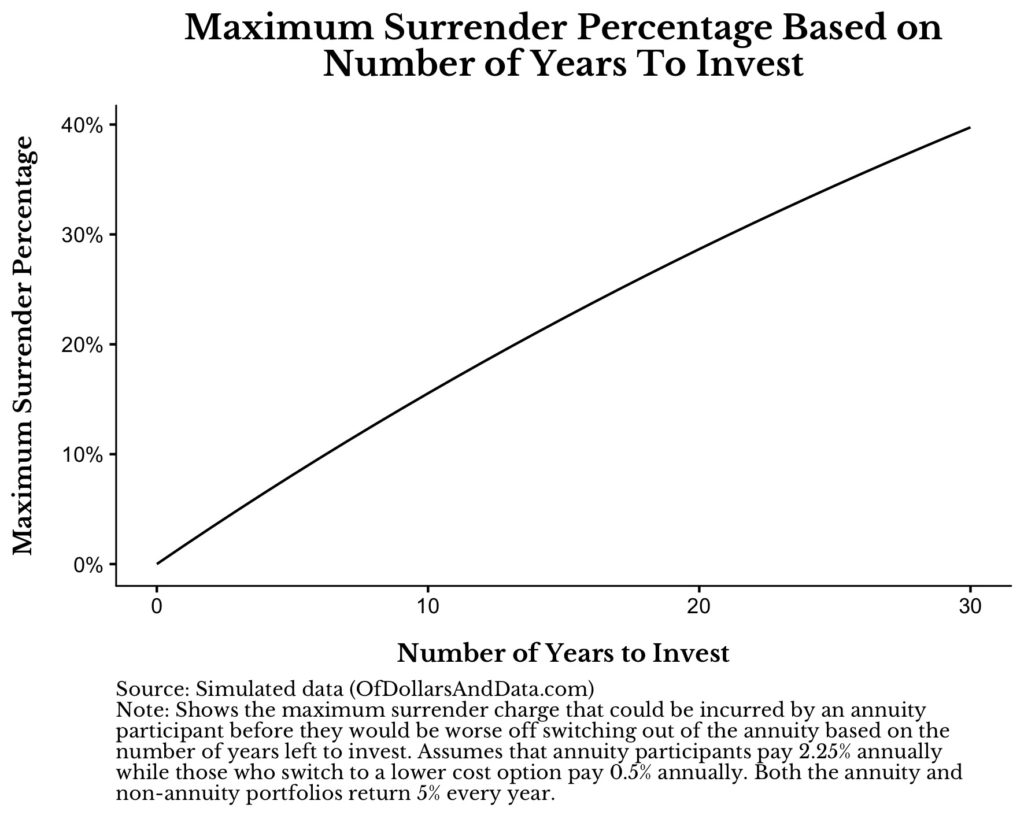 We always thought things were bad –  but not this bad.

Never in our wildest dreams did we think Insurers were acting as benevolent benefactors by implementing their egregious surrender fee schedules.

It turns out everyone with a long term time horizon should take this get out of jail almost free card.

Even a 55-year-old with a life expectancy of 85 would benefit. For younger teachers, this information is irrefutably life-changing.

After speaking with Tony about these results, he told me that he rarely sees surrender fees greater than 10%.  I was shocked by this.  Why?  Because these annuity products asking for a 10% surrender fee are giving you a bargain.  They are offering your money a way out of their maximum financial-security prison, so take it.  Pay the surrender fee and leave with a smile.  Your future self will thank you for doing so.