Where are all the 403bodies buried?

The longer something rots, the more it stinks.

Nothing in the vast retirement space smells worse than public school teacher’s Non-ERISA 403(b) plans.

On Wednesday, The New York Department of Financial Services launched an investigation against several Life Insurers and their agents.

According to the Wall Street Journal:

Department Superintendent Linda Lacewell and her deputies are concerned about whether teachers are properly informed about the costs of the products and their advantages and disadvantages, the people said. One concern is that some insurers rely heavily on former teachers as salespeople, and school-district employees may be too trusting of such sales representatives.

We can save them a lot of time and taxpayer money- they are.

The probe is also looking into other allegations.

The investigation will focus on whether there are “unfair and deceptive marketing practices,” said one of the people, who is a state regulatory official. How agents “are getting access to the teachers” to make sales pitches and other elements of the marketing process will be scrutinized, the official said.

After working in this den of financial depravity for over a decade, none of their findings will shock us.

In our experience in Dante’s tenth layer of financial hell, we have seen the horrific effects of terrible incentives in real-time. 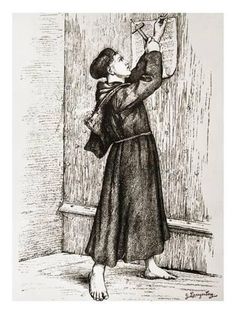 2. Teachers in their twenties placed in fixed products guaranteed to lose purchasing power over the next decades.

3. Unions accepting conference sponsorships at swanky resorts in return for their tacit approval to let conflicted agents run amok in their schools.

4. Administration and Union officials intimidating their subordinates into buying awful insurance products from their children working for conflicted insurers.

5. Agents telling teachers “Vanguard could go bankrupt” because they held struggling financial companies like Toys “R” Us in their index funds.

7. Surrender charges on Annuities lasting as long as 18 years.

9. Agents telling teachers “They were not obligated” to tell them their fee structure.

10. Hijacking teacher’s outside accounts, like 529’s and rollover IRA’s, by placing them into egregiously expensive products.

11. Companies like Vanguard thrown off vendors lists, replaced by insurers willing to pay to play.

15. Exaggerated income projections on annuity products leading teachers to believe they would be receiving 2-3X more than actual reality.

17. Sales playbooks from insurers instructing agents not use the word annuity in their pitch, Protection Products are the preferred term.

18. Confessions from former agents explaining how their health insurance would be withheld if they didn’t reach monthly sales quotas.

21.Unions that peddle their own high-cost annuity products.

21. Agents barging into classrooms and interrupting teachers lessons to pester them about insurance products.

We’re not being Grumpus Maximus’. This is just the tip of the iceberg.

My advice to the New York Department of Financial Services, get some nails ready and get ready to start hammering. 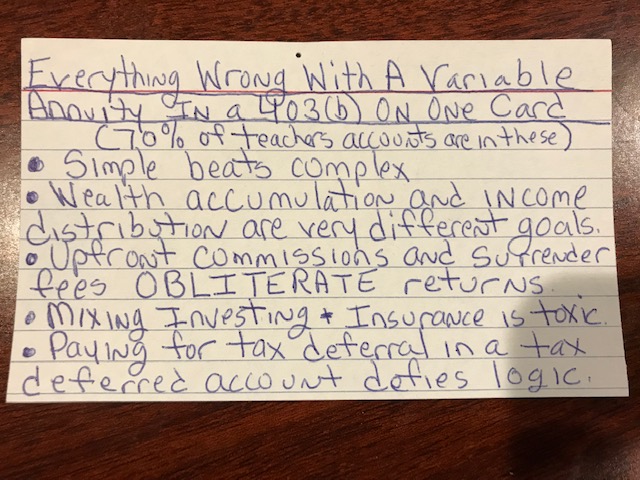