Many advisors speak at clients rather than to them, unknowingly detouring into financial frivolity.

What do average people want to know?

According to the InvestmentNews:

“Rollovers and understanding employer matches were frequent questions, but the topic causing the most confusion appears to be the process of withdrawing money from a retirement account. Investors struggle to wrap their heads around the differences between in-service withdrawals, 401(k) loans, early withdrawal tax penalties, hardship withdrawals and in-kind distributions.”

What? No mention of Brexit?

Banks are guilty of speaking in financial tongues.

“People don’t trust what they don’t understand. When a consumer doesn’t understand what you’re saying, that’s seen as a lack of transparency. This is a real problem for an industry built on a bedrock of fiduciary trust.” 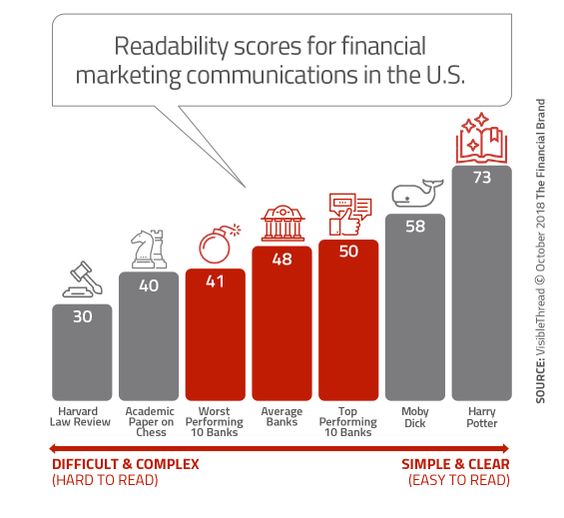 Target-date funds are popular in retirement accounts.  Do investors understand them?

Not according to a study completed by AllianceBernstein.

Investment advisors need to back up and digest this information before breaking out data and charting intensive 300-page financial plans.

Focusing on simple concepts like investment costs, diversification and client behavior is a preferable approach.  These are controllable items, unlike the wild swings of the markets.

Much could be learned from President Franklin Delano Roosevelt? His conversational tone stopped devastating bank runs in 1933.

How did he accomplish this?

He kept things simple in his fireside chats, instead of droning on about the mechanics of the monetary system. F.D.R. addressed the concerns of a panicked public in a language they could understand.  After explaining the federal pledge to back loans and provide additional currency, he scored a direct hit:

“I can assure you, that it is safer to keep your money in a reopened bank than under the mattress.  Let us unite in banishing fear. We have provided the machinery to restore our financial system; it is up to you to make it work.”

From personal experience, we endorse this concept.

Many times we need to explain to clients that IRAs aren’t an investment. The investments go inside these accounts.

One client worked for a company for close to 50 years. Upon retirement, he received a lump sum in lieu of a pension and needed to roll over his 401(K).

What was he concerned about?

The growth vs. value debate?

The spread between junk bonds and treasuries?

What freaked him out was the idea of receiving two large checks and not knowing how to move them into his IRA.  The transfer process was literally giving him chest pains.

Once we reassured him, his anxiety level decreased dramatically.

The masses have zero desire to dive into the weeds of investment theories or macro analysis of economics.  If they were interested, they would be doing this themselves – not paying someone else.

Addressing client’s concerns is the best way to impress them.

Evidence-based investing includes speaking about topics clients are interested in – not the ones you are.