Last week’s scary market drop provided a valuable lesson for us all.

Investing is harder when we swerve out of our lane and into oncoming speculative traffic.

Go back to the 1995 film, Clueless.  After a driving lesson goes terribly wrong. The valley kids are almost squashed by a tractor-trailer, harassed by a motorcycle gang, and given the finger for driving too slowly by old people.

A moot point if they remained in their comfort zone. Quiet residential streets were more appropriate for their skill set rather than a twelve lane highway.

Presto! We are now experts in biotechnology, hydroponics, or fill in the blank.

Why do we do this?

“Expertise is domain specific. When experts in one field shift their attention to another field, performance retreats to the novice level” – Michael Mauboussin

In the last year,  many investors got their faces ripped off swerving out of their lane at the worst possible time. Investing in Cyrpt0-currencies and companies that decided to randomly insert the word Blockchain into their ticker symbol. . Next on the list, the likely impending blow up of many over-hyped Marijuana Stocks.

Look at what recently happened to this stock when it changed its name to attach itself to the pot stock craze. 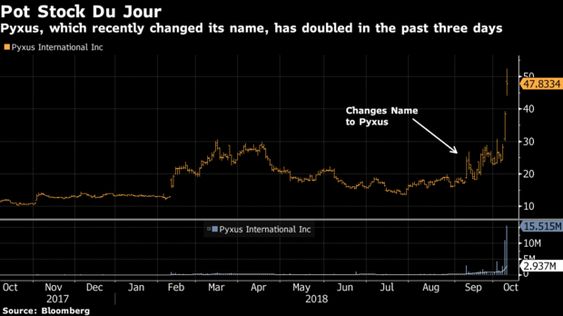 The government is throwing kerosene into the fire by thinking about letting Mom and Pop investors partake in private investments.

In the words of Josh Brown “Are there not enough publicly traded stocks to go around?”

Let me think about that for a millisecond – Yes!

The same formula is applicable to any era or speculative investment of your choice. 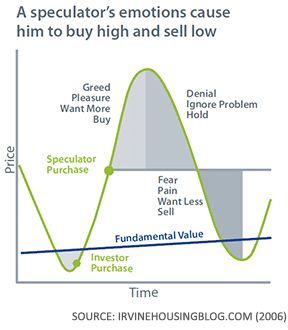 “There is nothing new on Wall Street or in stock speculation. What has happened in the past will happen again, and again, and again. This is because human nature does not change, and it is human emotion, solidly build into human nature, that always gets in the way of human intelligence. Of this I am sure.”

Ironically, Livermore couldn’t follow his own advice. He killed himself and left an insolvent estate.

Civilization is no different regarding cycles repeating themselves. The only thing that changes are the players.

According to Ryan Holiday, “one of the most striking things about history is just how long human beings have been doing what they do. Though certain attitudes and practices have come and gone, what’s left are people- living, dying, loving, fighting, crying, and laughing.”

The media magnifies get rich quick schemes to give an appearance of authenticity and uniqueness.

Resisting this urge is difficult.

If you lack a level-headed financial advisor to curb your enthusiasm, ask yourself this question.

“Can I afford to lose all the money I decide to put into this venture?”  You probably will.

Stay off the freeway filled with road ragers and random actions of drunken drivers and serial texters.

Stay in your investing lane.

Boring is a better choice than a car or portfolio crash.