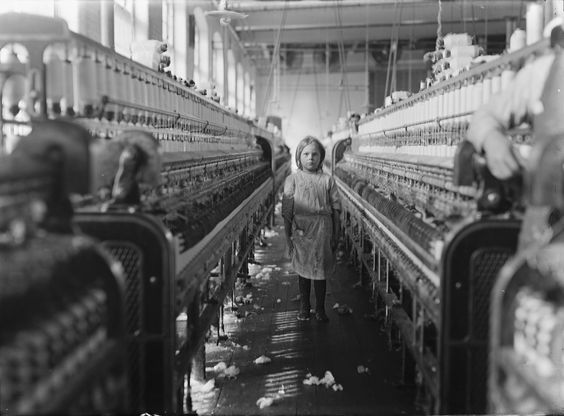 Workers’ voices need to be heard now more than ever. No one likes to be abandoned or forgotten. Miserable workers turn into angry voters. In 2016, we all know how that turned out.

In celebration of Labor Day 2107, we need to take a step back in time to understand why unions became such a vital part of our past society. Before unions, it was not uncommon to see preschoolers working in coal mines, or mothers bringing their infants to work 14-hour days in sardine canning factories. During this period, a 40-hour work week would be a vacation. 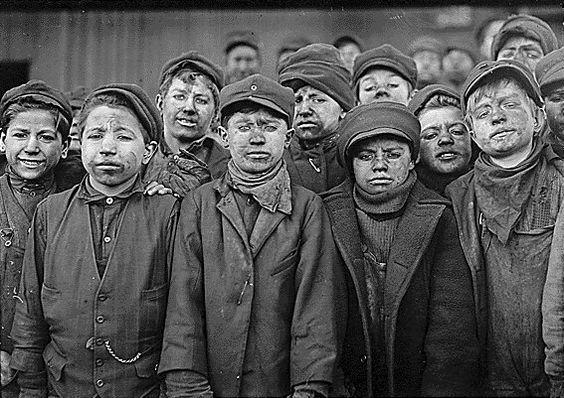 Working conditions were horrendous. A catalyst for change occurred after the infamous 1911 New York City Triangle Shirtwaist Factory Fire. 145, mostly Italian and Jewish immigrant teenage girls, lost their lives in this fire-trap of a garment factory. Many perished by holding hands and jumping out the windows to escape the encroaching flames. Up until 9/11, this was the largest amount of fire fatalities in the city’s history. The owners locked the doors to keep the girls from taking breaks and to keep out labor organizers. 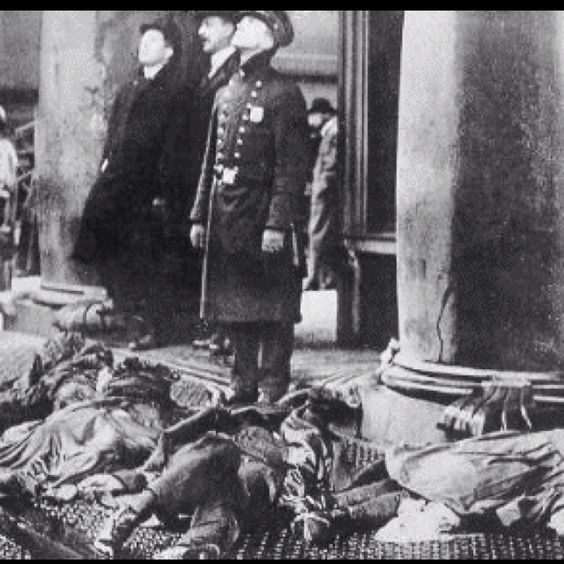 Someone dropped a cigarette and the workers were doomed. Fire exits and codes did not exist.  There were no laws against these infractions. The Triangle owners opened up another shop under similar conditions a few months later. Again, the doors were locked from the outside.

Labor Day became an official holiday in 1894; the result of a bloody strike against industrialist George Pullman’s Railroad Company. 30 people died after federal troops ordered to the scene by President Grover Cleveland fired on the workers.

Funny how we think Amazon has a monopoly.

Unions were often associated with violent strikes and frowned upon by most Americans. Labor Day was established as a form of “my bad” by President Cleveland. He realized his administration was anything but a fair arbitrator in this dispute, and decided to throw workers a holiday bone.

Today, labor unions are in a state of massive decline; only 6% of private sector workers belong, down from about 33% since the 1950s.

It is not a coincidence that the demise of unions and income inequality are inversely correlated; a fancy way of saying one goes up while the other goes down. 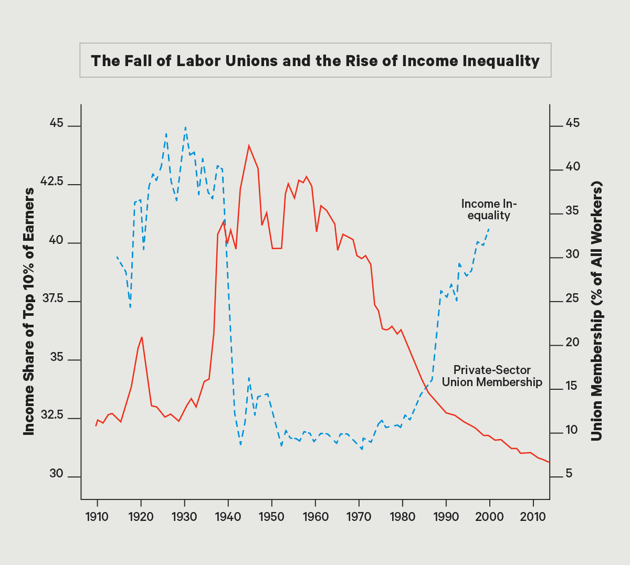 Unions play another role in society besides being a guardian of employee benefits. They make people feel connected in a way that Facebook, Twitter or Instagram cannot.  Workers need this in a time of income stagnation.

According to “The Conservative Case for Unions” (The Atlantic), “Although income stagnation is certainly one culprit, another, perhaps still more important, is the decline of the civic organizations and social institutions that help people feel connected and efficacious. Service fraternities, volunteer clubs, youth groups, churches, political parties, widespread military service, unions, and the rest—in their prime, all fostered social interaction and face-to-face collaboration, cultivating a sense of social cohesion even when times were much tougher than they are today.”

Being a teacher for 20 years, I was also a union member. I saw both the good and bad.  I had great benefits and working conditions. I paid virtually nothing when my son was diagnosed with a life-threatening disease due to my union-negotiated health-care plan. For that, I am eternally grateful for having belonged to a union. I also will collect a pension in a few years, which is something almost unheard of in the modern age.

On the flip side, I too often saw the union protect teachers who were ineffective and unproductive. The job of a union is to protect jobs, but I don’t believe this should apply to people who are not pulling their weight and, in turn, make the whole profession look bad.

There is a solution.  Andrew Stern, a left-leaning labor leader; and Eli Lehrer, a right-leaning Republican think-tank founder, may have found it. Imagine – people with different political beliefs working together for the common good – so 1950s!

They want to reform F.D.R.’s New Deal-originated 1935 National Labor Relations Act. This legislation determines how unions are structured. Incredibly, this has not been revised since the Eisenhower Administration.

The Atlantic article states, “Stern and Lehrer propose a workaround. Why not give states the authority to grant labor-law waivers that would allow experimentation? If an employer and a union came up with an interesting model that met certain guidelines, they could try it. In education and health care, state waivers have sparked all kinds of experimentation. They might do the same for unions.”

Their goal is to create a new type of union which would match modern needs, not those of a bygone industrial era. The problem is the legal code.  Stern and Lehrer state, “The fundamental federal rules governing employer-worker relations were written for a different era.” 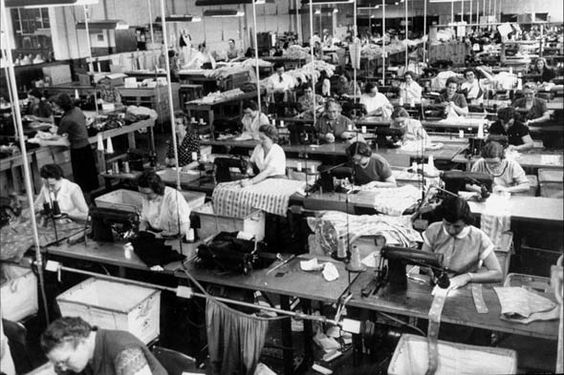 There are models in other nations where both companies and workers can both benefit. Europe has something called a works council, which gives workers a say in major decisions without establishing a formal union.

Denmark and Sweden have the Ghent System. The Atlantic article explains that this system allows unions to “…administer government-funded unemployment benefits. Providing that safety net helps unions to shift their focus from protecting individual jobs to maintaining workers’ overall income security; this, in turn, allows employers more flexibility in hiring and firing.”

In America, it is illegal to experiment with these hybrid systems. Innovation in union organization is non-existent.

This issue is not easy to fix but the alternative is worse. When people do not feel they are being heard or represented, things get ugly. The disgusting events in Virginia may just be the start of it.

If newly-created modern unions are able to smooth out the economic cycle and make workers more productive – would any fair person object?

Technology is terrific but it cannot replace deep human contact.

“Just in time scheduling is great,” said no worker ever.

The rebirth of modern labor unions just might cure two of our nation’s biggest problems.

Sources: “Labor Day Has A Bloody History” – Business Insider and  “The Conservative Case for Unions” – The Atlantic.