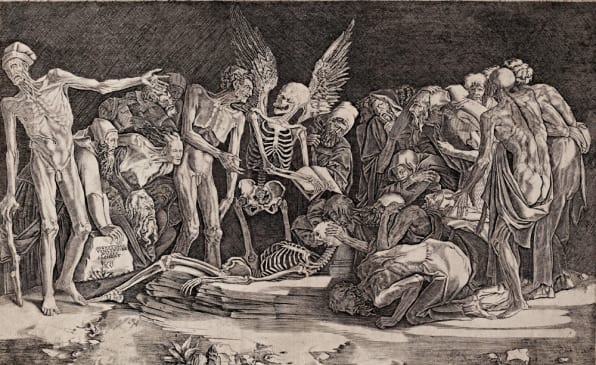 “Are there any ‘Last Minute Cowboys’ who can saddle up and ride?” An IPI Senior Regional Director (AKA Douchebag)

Improper annuity sales by sleaze bag brokers are not exactly current events. This case sticks out for its sheer evil.

This “program” targeted elderly and financially illiterate clients. Non-traded REITs, and variable annuities were often the products of choice, since these provided the biggest “payouts” for all parties involved.

There were a series of bonuses offered to the “highest producers.” (Helpful hint: If your advisor has that term next to his name, run for the hills!) Other perks were also offered, such as Boston Red Sox tickets and, according to the S.E.C., “…in 2016 IPI rewarded the top ten percent of the previous year’s highest-producing representatives, including Agent 1 and Agent 2, with a trip to Turks and Caicos.”

In order to win such “goodies,” these salespeople often convinced elderly bank customers to rollover their maturing C.D.s into expensive and illiquid products.

“On another occasion, Agent 1 recommended that a married couple in Massachusetts, who were also Eastern Bank customers in their mid-sixties, invest over 12% of their liquid net worth in a non-traded real estate investment trust (“REIT”) and a non-traded business development company (“BDC”), which were unsuitable for these investors due to their risk and illiquidity. Despite numerous customer complaints about Agent 1 provided to IPI, IPI failed to supervise and prevent these unsuitable transactions.”

If this was not bad enough, here is where the line is crossed from horrific into unforgivably despicable. It turns out one of the bank “referrals” had Stage IV cancer and obviously needed to have access to her monies.

The soulless salesman did the unthinkable and recommended she purchase a variable annuity!

This product had a seven-year surrender charge, making it illiquid. The salesperson also convinced her to put the majority of her funds inside the product, which left her with virtually no readily available cash.

It gets worse. The salesperson had this woman “purchase” a terminal illness waiver. This supposedly would let her have access to the funds at any time. The victim asked the agent if the waiver would still apply even though she had the illness at the time of the purchase.

In response, the agent replied, “It doesn’t matter.”

It turns out it did matter  … a lot!  The waiver did not apply because the victim had an illness that rendered her INELIGIBLE for the benefit at the time of the purchase.

On the bright side this guy might have been eligible for a great ski trip. According to the S.E.C., On November 29, 2015, IPI’s President and CEO sent an e-mail to IPI’s regional directors regarding the Beaver Creek Sales Contest stating: “This is the last week of the contest … use it to drive results … and let’s get some chatter… top two will go skiing … don’t miss out of [sic] the opportunity to motivate someone …”

We constantly are helping teachers get out of high-cost annuities that plague the unregulated K-12 403(b) teachers’ retirement space.

Reading this puts this on a whole other level.

There is a special place in hell for those who do this to our fellow citizens.

I hope this guy enjoyed the Red Sox game. He might be paying the price for all of eternity.