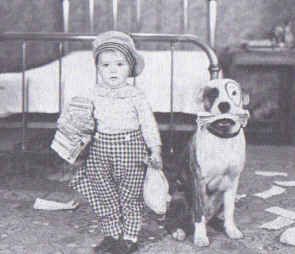 en receive mixed messages on just about everything.

Parents who drink and run up massive credit card debt often lecture their children about shunning these bad habits.

Many public school teachers who have spent their entire lives in school give guidance on life in the private sector which they often have no experience in.

These same types of massive contradictions are displayed in the starting time for middle/high school students and investing.

No sane individual can dispute the value of starting the cycle of compound interest immediately, if not sooner.

Granted, this sum is not inflation-adjusted, but you get the point.

Adolescents beginning school in pre-sunlight hours is a whole other story.

According to The Earliest and Latest School Starts , by Anne Marie Chaker, the perils of following Ben Franklin’s advice “early to bed, early to rise” are ominous.

The Academy of Pediatrics states, adolescents need between 8.5-9.5 hours of sleep per night. Few teen-agers are getting this much-needed health benefit.

Nationwide, schools are ignoring scientific data. The Academy recommends all middle/high schools should begin no earlier than 8:30 A.M.

Due to their natural circadian rhythms, teens tend to fall asleep at night two to three hours later than at other stages in life.  This data is according to Paul Kelley, a researcher at the Open University in England who studies adolescent sleep and its relationship to school schedules.

Many students begin their days way before 7 A.M., while their natural body cycle prevents them from falling asleep before 11 P.M. It does not take a rocket scientist to determine that this makes it impossible for them to get their much- needed, age appropriate level of sleep.

Studies have shown sleep depravity can lead to a variety of other related ailments. These include depression, obesity, and dangerous auto accidents.

While starting later in school is a prescription for a healthy life style for teenagers, their finances are a completely different matter.

While parents don’t have as much control for the ignorant decisions of many school boards, they have control of the future fiscal health of their offspring.

Here are some examples of what parents can do to help guide their children toward a healthy financial future.

Second, these accounts (commonly known as UTMA’s or UGMA’s) are not ideal for college planning purposes and could cost some financial aid. All in all, these are a great idea as long as you are aware of the rules of the road and take the proper precautions.

There are some caveats. In order to establish this account, the child must have earned income. This does not mean a parent cannot make a contribution on behalf of the child; however, it does mean the child will have had to earn whatever the parent contributes. For example, if a teen works at a summer camp and earns $2,000, parents can fund a Roth IRA with their own money, but the amount contributed cannot exceed the $2,000 that the child earned.  If the child earned $6,000, the maximum that a Roth IRA could be funded with would the existing account minimum of $5,500 for individuals under age 50.

Another negative is any earnings will be taxed along with a 10% penalty if they are withdrawn before age 59.5 and the account has not been established for at least 5 years. Principal can be withdrawn at any time, tax free, since these contributions were made with post tax dollars.

There are some other more complicated methods to get more bang for your buck. Parents who own a small business can pay their child a small salary and use this sum to contribute to a Roth IRA. In addition, the parent can then claim a write off for the business thereby lowering their own taxes.

Make sure you consult a qualified accountant before doing this.

If a child has no income and you want the benefits of long-term tax deferral, a low-cost variable annuity can be placed inside the custodial account. Though the earnings will be taxed at withdrawal, there are no minimum age based withdrawals on these accounts. They can literally grow tax deferred until the owner is in his/her nineties!!

Just make sure the annuity is purchased from a low-cost provider, like Vanguard or Jefferson National.

In a perfect world, teens could sleep later, school districts would make data-based decisions, and all would become happy and healthy millionaires.

We can’t get everything we want, but the third option can become a data-based reality with proper early planning.

Invest early for your children; at least you will get more sleep by not having to worry about their financial future.