Morgan’s Thomas Lamont spearheaded the renegotiation of reparation payments and organized other Wall Street banks to bail Germany out with loans. 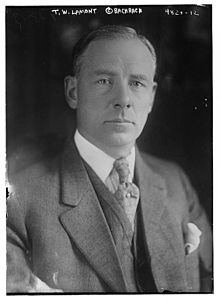 It didn’t stop there.

Along with other New York bankers, Lamont helped create the Bank for International Settlements (BIS) located in Basel, Switzerland. This became the most secret of all Swiss Banks – which is really saying something.

The BIS was located in a plain building in Basel. There was no sign identifying it.

According to John Strausbaugh, the author of the magnificent book Victory City, A History Of New York and New Yorkers During World War II, “Via the BIS, the American and British bankers would maintain a mostly secret friendship with their Nazi and Japanese counterparts straight through World War II while thousands and thousands of American and British men in uniform were being killed and maimed in the fight to defeat the Nazis and Japanese.”

“The BIS would shelter hundreds of millions of dollars in Nazi gold, stolen from conquered nations and from slaughtered Jews (including dental fillings, jewelry, and such).”

The BIS, assisted by Wall Street Bankers, played a major but little-known role in funding the Nazi Wehrmacht.

“When Germany annexed Austria in 1938, the nation’s gold reserves were looted and shipped via the BIS to the Reichsbank. When Germany absorbed Czechoslovakia, the SS actually held the directors of the Czech National Bank at gunpoint and demanded all their gold as well. The Czech bankers had just shifted millions to the BIS, thinking it was safe there; the BIS sent it along to Berlin.”

It also served as a broker between Germany and its so-called “neutral “ trading partners. Sweden supplied Germany with iron ore for its war machine. The BIS facilitated the transaction payments of looted gold for steel.

The leader of the BIS during the war was a Wall Streeter named Thomas McKittrick. 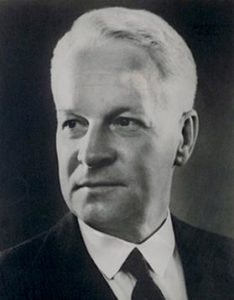 “He traveled freely in Nazi territory and in Mussolini’s Italy during the war. In 1943, U-Boats received orders not to meddle with the ship that carried him back to NY for high-level meetings to discuss BIS business, after which he traveled to Berlin for a debriefing at the Reichsbank.”

When the war ended, McKittrick was made Vice President at the Rockefeller’s Chase National Bank. He couldn’t have picked a more suitable employer.

Chase and J.P. Morgan weren’t done in their role as Hitler’s private bankers.

“When Germany occupied France in 1940, most American businesses there left. Chase and J.P. Morgan kept their banks in France open for the duration. They did business with and for the Nazi occupiers, from seizing the accounts of Jewish customers to funding the Gestapo’s brutal activities against the Franch people.”

“The relationship between Chase and the Nazis apparently was so cozy that Carlos Niedermann, the Chase branch chief in Paris, wrote his supervisor in Manhattan that the bank enjoyed “very special esteem” with top German officials and “a rapid expansion of deposits,” according to Newsweek. Niedermann’s letter was written in May 1942 five months after the Japanese bombed Pearl Harbor and the U.S. also went to war with Germany.”

Sometimes Wall Street gets a bad rap, often serving as a scapegoat for populist leaders looking to rally the troops against a pretty unlikable foe.

Sadly, this isn’t one of those cases.