Spending the day pondering what to be offended about on social media isn’t additive.

There’s another direct road to unhappiness.

Embrace the recency effect at your peril.

The recency effect is a cognitive bias in which those items, ideas, or arguments that came last are remembered more clearly than those that came first.

In other words, it lacks long-term perspective and is a sure-fire ticket to the road to Reactionville.

Making an emotional decision was a fantastic idea – said no one ever.

Sports fans are incessantly diving into the recency effect pool. Past accomplishments are thrown out the window and are replaced with What have you done for me lately?

Recently our son ventured to the Bronx to watch his favorite team, The New York Yankees, playoff game. Aaron Judge had a season for the ages. He came within a hair of winning the Triple Crown and broke the all-time American League record for Homeruns hitting sixty-two.

Despite these prodigious accomplishments, Yankee partisans found no reason to bask in 162-game glory. Instead, focusing on the fact Judge had a rough couple of games against the Guardians. Boos and catcalls greeted the star slugger after a few strikeouts.

My son sent me the following text during the game regarding Judge’s potential off-season free agency. 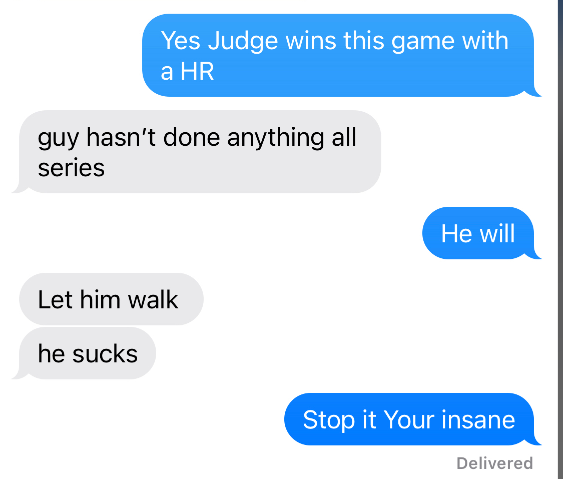 The only people more deranged than sports fanatics are investors. Nothing feeds the recency effect like a bear market. All sense of historical context disappears and is replaced by doom and gloom on an unprecedented scale.

Tracking investments designed to bear fruit over decades hourly is the definition of insanity. The drumbeat of an impending apocalypse replaces perspective. Unfortunately, this trait dominates our evolutionary DNA. My colleague Ben Carlson wisely points out:

Some investors can ignore the daily gyrations in the market, but not everyone was born with a Spock-like ability to keep their emotions steady regardless of the circumstances. People are people, and people have emotions. That’s why we panic in the first place.

You become what you focus your attention upon.

Often our actions are controlled by our subconscious based on past experiences. Reactionary outbursts are devastating to health and wealth.

We don’t do this on purpose. James Hollis P.H.D. elaborates: No one awakens in the morning, looks in the mirror, and says, “I think I will repeat my mistakes today,” or “I expect that today I will do something really stupid, regressive, repetitive, and against my best interests.”

We react emotionally to recent events, but it’s not our destiny.

The Fed will stop raising rates and eventually lower them. Mortgage rates and inflation will finally descend. The Ukraine war will conclude.

Yes, the stock market will recover. 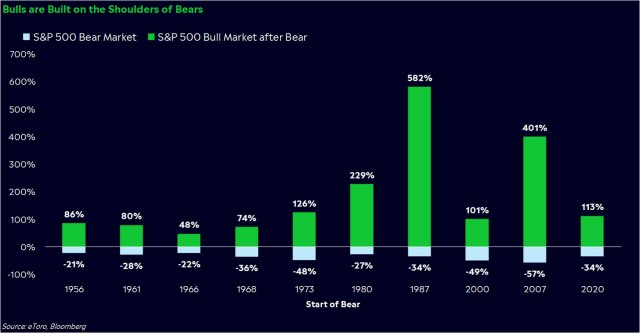 Hitting the pause button on reactivity is compound interest for the mind.

My colleague Michael Batnick expands here. Overweighting today’s news, for better and for worse, gets investors in trouble because today is already priced in. Stanley Druckenmiller recently relayed this message to an audience, saying: “Do not invest in the present. The present is not what moves stock prices.”

Widening the space between stimulus and reaction is better than complaining or worrying.

No one said fighting evolution is easy.

Side note- My son may be right. The hated Astros swept the Yankees, and Aaron Judge hit .062. No one is safe from the recency effect, including people writing posts about its dangers.