Getting what you wish for can be problematic.

The acronym in the title describes unanticipated outcomes.

I recently finished a great Sci-Fi book,  Project Hail Mary, by Andy Weir, the author of The Martian.

The plot centers on the sun being attacked by one-celled organisms called Astrophage. Their voracious appetite for solar energy is bad news for us Earthlings. Unless they can be stopped, society will break down. The resulting food wars will result in the death of billions.

Three astronauts are picked for a suicide mission to an Atstrophage resistant star several light-years away.

The solution is found – Astrophage’s predator. Earth is saved!

The predator gets into the fuel supply.

These types of scenarios are common regarding investors’ relationships to money.

Sandra Hayes provides something to ponder.

Sandra Hayes won the Missouri lottery in 2006 and split a $224 million Powerball with a dozen coworkers. The St. Louis woman is now a retired social worker and wrote how Winning the Lottery Changed My Life. She told the Associated Press she had to “adapt to this new life,” which changed how she saw her closest family and friends. “I had to endure the greed and the need that people have, trying to get you to release your money to them,” she said in 2012. “That caused a lot of emotional pain. These are people who you’ve loved deep down, and they’re turning into vampires trying to suck the life out of me.”

You don’t have to be a one-in-a-million lottery winner to experience similiar results.

There are many surprises investors never expect from wealth accumulation.

Taxes are a big one. People hate paying them, no matter how much money they have.

We often see clients stress more about this than anything else.

It almost seems they would rather lose money than pay taxes.

The windfalls granted by the market gods are perceived as liabilities rather than profits.

Large gains in taxable and Required Mandatory Distributions from inflated retirement accounts are prime sources of this “problem.”

Who would think making money would cause such anguish?

No matter how much money some people have, they still believe they’re paying more than their fair share. 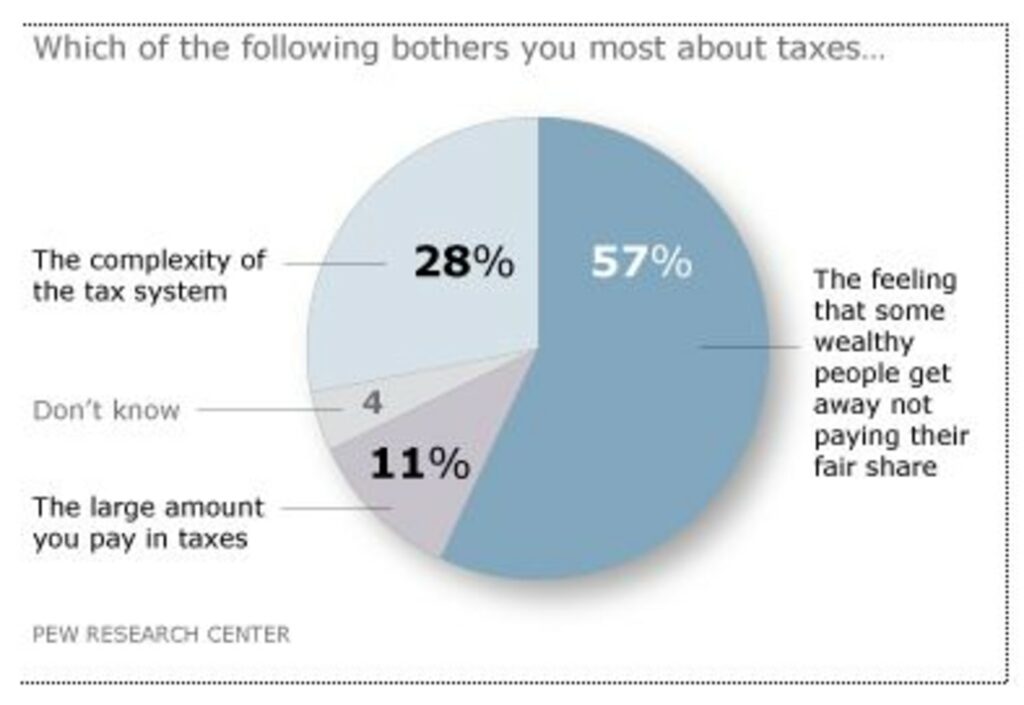 Having a large portfolio has a strange effect on some people.

No matter how much money we accumulate, we’re all prisoners of our thoughts.

Like my colleague Michael Batnick states, You’re not rich if you’re afraid to spend your money.

Even if it’s to pay taxes.

Solve problems by not creating new ones.

Setting the right expectations is the first line of defense.

No matter how good it sounds, every action creates an opposite reaction we haven’t prepared for.

There’s no magic pill for our misery.