“Try to resist the low-hanging fruit, and above all, don’t sell your mind.” Janet Capron

Both industries pay beaucoup advertising bucks to generate short term profits at the expense of the health and wealth of their clients.

You don’t have to believe me. Ask Janet Capron about her experiences pushing often useless and sometimes dangerous prescription drugs.

Janet holds a unique perspective. In her previous life, she worked as a prostitute. She details her experiences in her memoir Blue Money.

When asked about her two careers, her answer was both surprising and horrifying.

“Mainly, though, hooking was honest, the same no-bullshit profession it’s always been. Pleasure for money: a straight-up transaction. I’m not romanticizing turning tricks—at least I’m trying not to—but compared to medical advertising, it was a dream job.”

She came to this conclusion slinging drugs for large Pharmaceutical firms that ended up killing people.

One drug she promoted,  the Valium like Versed, was knowingly prescribed in high doses even though this practice was proven to be dangerous in numerous clinical studies.

Another drug claimed to cure ear infections in young children. The problem, a virus causes this infection, and antibiotics are powerless against viruses. Besides, the virus would go away by itself in 4-5 days. Doctors told anxious parents the drug would do what mother nature had in its playbook anyway.

She spoke about the excessive short-termism of the industry to make a quick buck.

“Now I had to lie for a living—and not in some hustling, street way, although it certainly paid to be crafty and shrewd. No, we were white-collar underhanded. For instance, we routinely manipulated data without seeming to cherry-pick, looking for patterns in the short-and long-term studies of our product to show the superiority of whichever me-too drug we were selling.”

The financial services industry is a global leader in deceptive marketing. 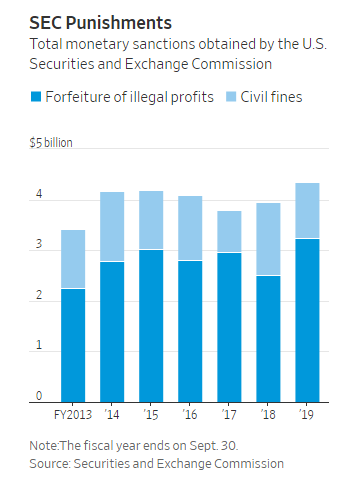 The results of their scorched earth campaign speak for themselves.

“You’ll receive the returns of the stock market without the volatility” is a favorite slogan for their shock troops. Conveniently leaving out the small detail, this is theoretically impossible.

In our years of helping teachers and others with their money, we’ve seen the following pushed upon regular people trying to do the right thing.

Egregious sales commissions charged on every contribution to 529 or 403(b) retirement accounts.

Numerous salespeople telling clients they “pay nothing” for their investments.

This list is longer than the industry trail of regulator sanctions and fines.

Many financial salespeople are complicit by not speaking out about conflicted corporate cultures laden with perverse incentives.

Presently, injustice is at the forefront of society. Righteous causes are in ample supply.

Capron has been through the wringer and leaves readers with some sage words of advice.

Keeping our heads down won’t buy peace or security—not anymore. It’s time to look up, organize, and become at least outraged protesters, if not outlaws—or suffer the consequences. Every minute we’re not resisting, we’re conspiring. Either way, the whole human race could go down, but at least let’s go down fighting. If you’re young, you can start by making a conscious decision not to sell your mind. Once you’ve done that, I predict, the rest of the way will begin to lighten up.

There’s never a fair price for selling your soul.