“The world is nothing but change.” – Carlo Rovelli

If you’re looking for order in the markets, good luck with that.

Carlo Rovelli, the brilliant theoretical physicist, provides an epic description of time in his best selling book –The Order of Time.

Physicists look at things much differently than us mere mortals.

Their worldview is based on a continuous process of change.

“The ubiquity of impermanence.” as Rovelli calls it.

According to this view, the world is comprised of events, not things.

For instance, we see a hug as an event and a rock as a thing.

It would be nonsensical to inquire “Where is tomorrow’s hug?”

What about the rock?

Depending on your definition of tomorrow, the answer is far from clear.

It turns out the rock is not a thing but a long event.

“The hardest stone in the light of what we have learned from physics, from mineralogy, from chemistry, from geology, from psychology, is in reality a complex vibration of quantum fields, a momentary interaction of forces, a process that for a brief moment manages to keep its shape, to hold itself in equilibrium before disintegrating again into dust.”

Human beings are a bundle of irrational emotions interacting with each other in perpetual chaos. People are events, not things.

According to Rovelli, “Things” in themselves are only events that for a while are monotonous.

The key to understanding financial markets is grasping the fact that they’re also events, not things.

Markets are simply a network of long events. Some good, others not so much. 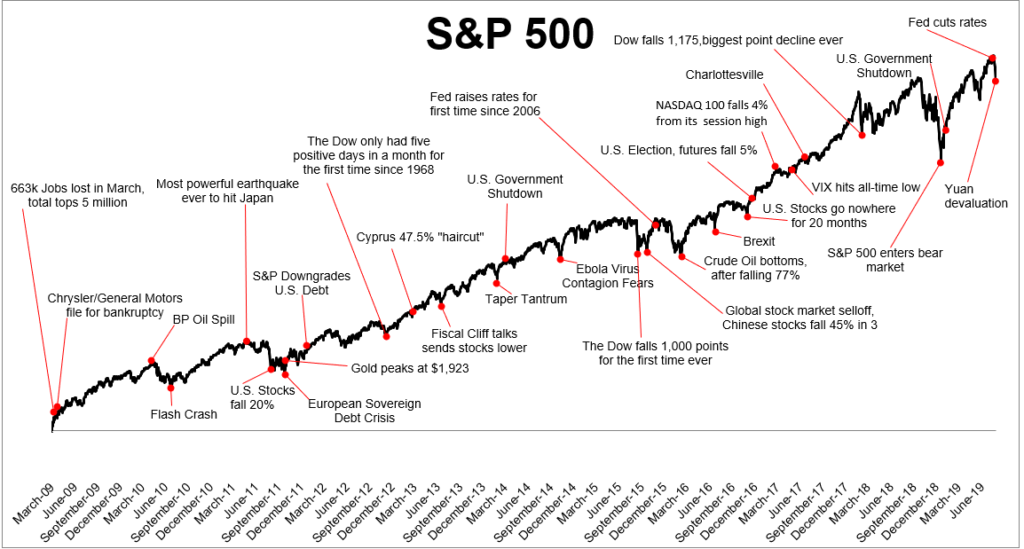 Stocks are events, not things.

Sears was once Amazon until it wasn’t. The list is endless, Countrywide, Enron, and GM were once great fixed stories but all met the same fate. The only certainty about today’s tech giants – They will be replaced.

How about the market of stocks gyrating daily?

Markets rise and fall but there is only one true constant – Change.

Investors focusing on understanding markets as they happen, not as they are, have a distinct advantage.

Rovelli could easily have been discussing the stock market when he stated:

“The events of the world do not form an orderly queue, like the English. They crowd around chaotically like Italians.”

Understanding markets involves studying their constant change, not focusing on the mistaken idea of influential fixed events repeating themselves.

“The fleeting illusion of permanence that is the origin of all our suffering..”

Rovelli was speaking about time but no better quote sums up the origin of investor anxieties.

Clamouring for guarantees in a world that specializes in ignoring investor’s wants and desires.

Comprehending the relationships between events gives investors a fighting chance. Swimming for survival in a financial sea of uncertainty.

Markets tend to go up over time but lots of times they don’t. Investors able to grasp impermanence acquire the skills to keep their heads while those around them are losing theirs. 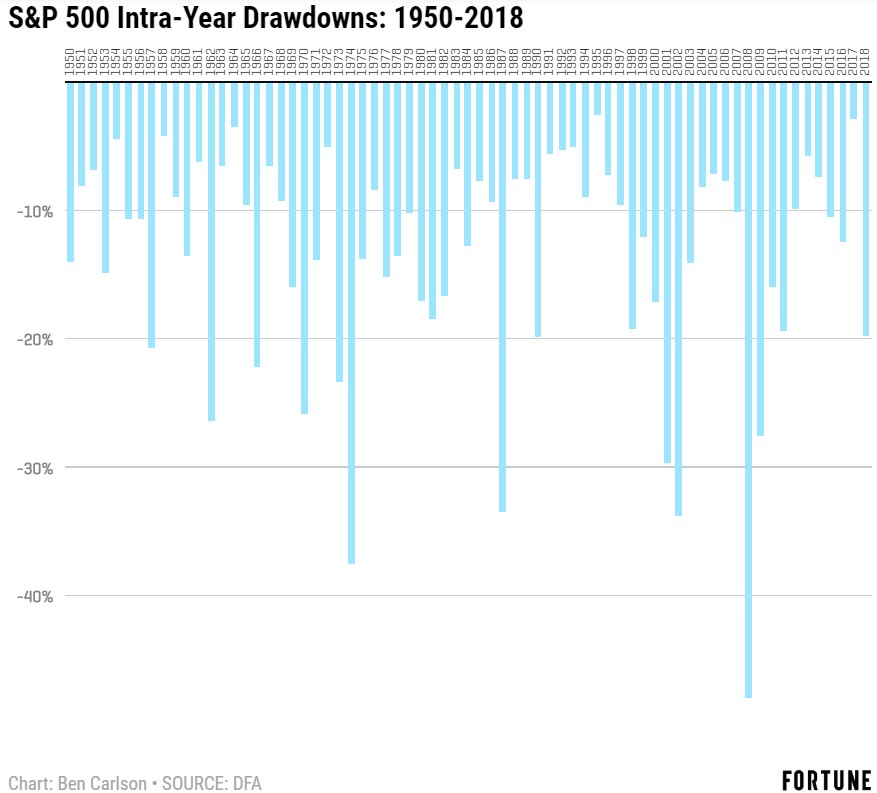 Time is measured in change. Not all change is positive.

Should we be surprised when markets don’t cooperate with our wants and needs?

Freaking out over market movement is understandable. Thinking this won’t happen in the future isn’t.

The Universe is constantly changing and there isn’t anything we can do to stop it.

Rovelli says it best, “The world is more like Naples than Singapore.”

Constantly evolving markets are a feature, not a bug of the system.

You needn’t be a theoretical physicist to understand this –  but it wouldn’t hurt.

If you want your mind blown, read The Order of Time by Carlo Rovelli.

What are you waiting for?