Over 800,000 Italian soldiers died during World War l; another million were horribly wounded.

Like many other nations in “The War to End All Wars”, these casualties resulted from:

Italian War Hero, Emilio Lussu wrote a memoir of the carnage. His classic book A Soldier On The Southern Front pulls no punches.  Sadly, the Italian version of All Quiet on the Western Front, is basically unknown to most of the English-speaking world.

Lussu led The Sassari, a brigade consisting of mainly Sardinians fighting the Austrians in mountains of Northern Italy. 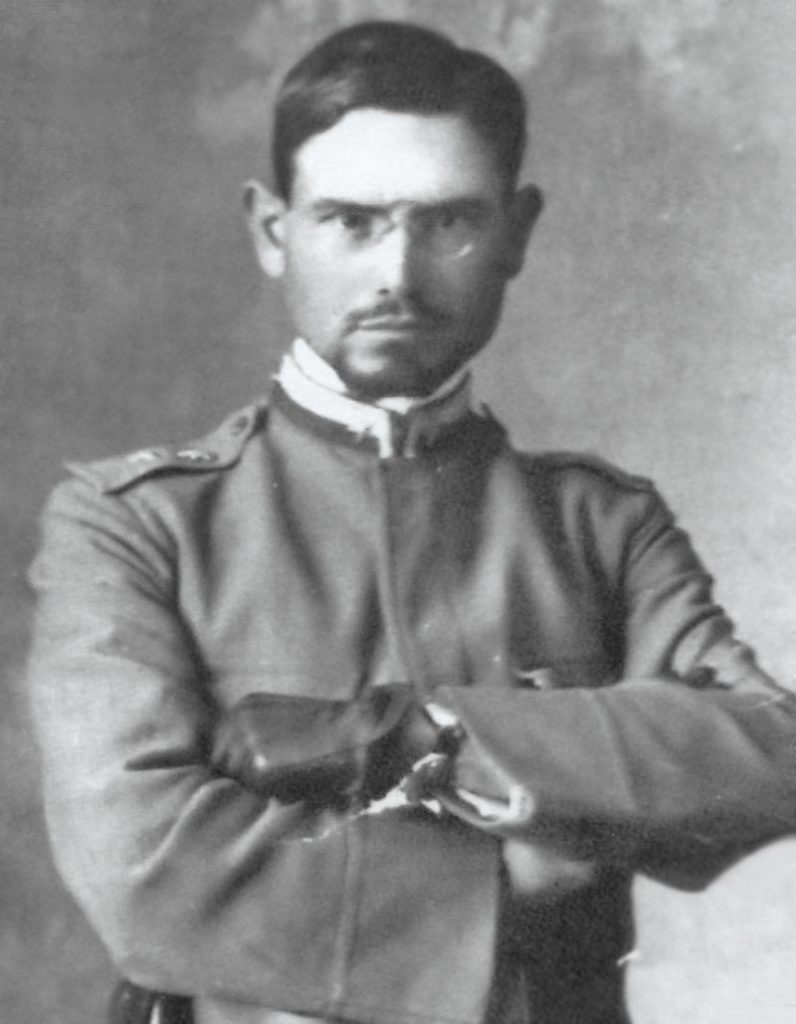 By the end of the war, The Sassari was the most highly decorated unit in the Italian Army. They earned six military Orders of Savoy, nine Gold Medals, 405 Silver medals and 551 Bronze Medals for Military Valor; Lussu won four himself.

Lussu describes the unmatched camaraderie of the soldiers along with the savagery of trench warfare in the mountains. 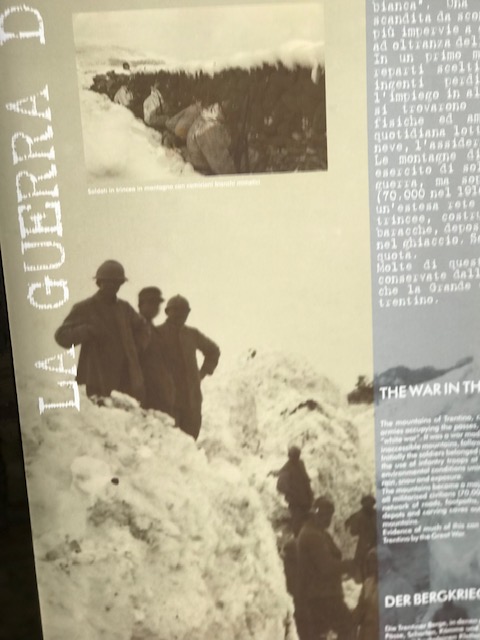 Most troops were agricultural workers, peasants, farmhands and shepherds. The commanding officers descended from the aristocracy and were mainly incompetent, arrogant or the most deadly combination – both.

The book is immensely valuable in understanding the horror of war. More importantly, it served as a warning on the dangers of fascism. Blindly following orders without thinking led to much destruction of human life.

Sardinians were treated as second class citizens before the war. Now, they were asked to sacrifice their lives for a country in which they were invisible. 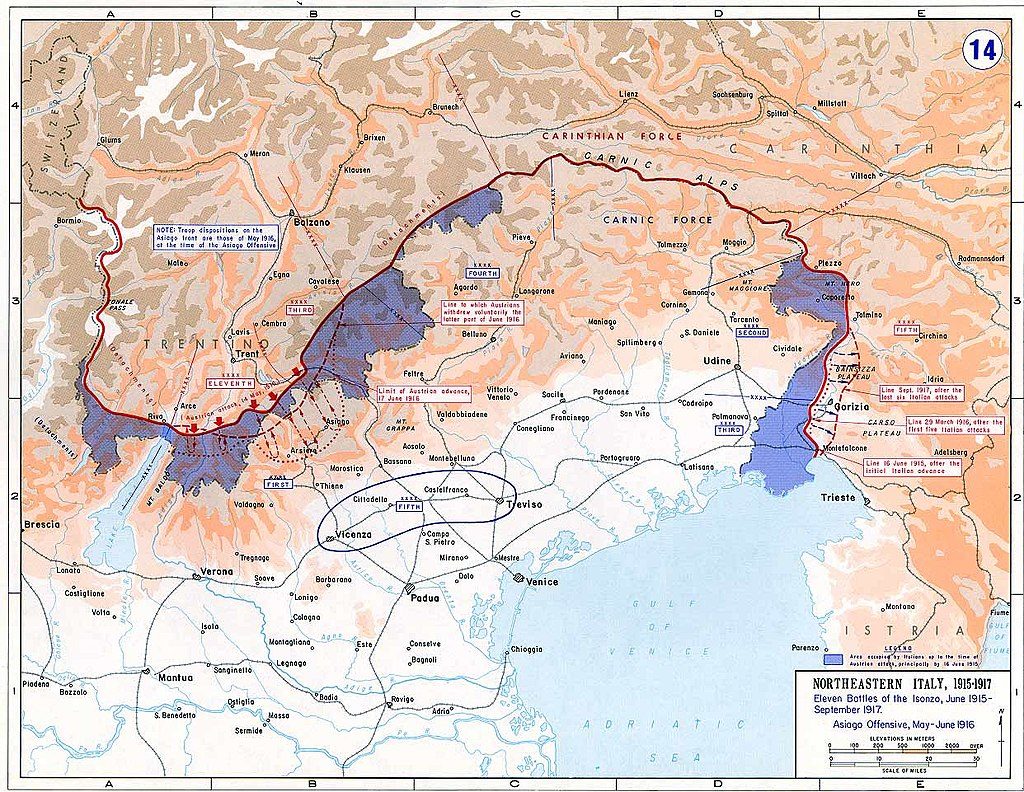 Lussu sums up this feeling, “For the first time, the Sardinians realized that war was waged only by the peasants, shepherds and workers… They also concluded that the colonels and generals understood nothing. Certain stupid, outrageous actions revealed that the general was in reality, the enemy.”

What started out a  noble goal of unifying the country turned into a very bloody fiasco.

The Italian soldier was used and abused. One General visited the front lines and taunted a young Corporal about his bravery. He dared him to stick his head above the trench. The soldier gave in to this bullying and an Austrian sharpshooter blew his head off.  Lussu seethed at the injustice of it all.

The soldiers were often dressed in rags during the cruel mountain winters due to graft and corruption. In one example, new boots arrived, temporarily brightening the spirits of the men. This brief joy expired when the troops realized the bottom of the shoes were simply made of cardboard that had been painted brown.

Food was in short supply. The Sassari orchestrated a daring raid on the supply depot using skis as their mode of transportation.  They confiscated sausages, salami, and wine that the higher-ups regularly feasted upon.

There were many mutinies due to deplorable conditions and incompetent leadership. These rebellions were dealt with cruel decimation, brought back from Roman times, where one random soldier would be killed in a unit accused of cowardice or insubordination.

When the war ended and Mussolini’s Black Shirts seized power, Lussu fled the country for safety in France; his crime: writing the truth about the war and disparaging Mussolini’s false claims of the glory of combat and imperialism.

In 1945, Lussu’s book was finally published. It has never gone out of print.

The book serves as a timely reminder for something Morgan Housel once said about history,” Unsustainable things can last longer than you anticipate.” Unfortunately, millions of dead soldiers verify this statement.

One reason this subject fascinates me is Dina’s relative, Giuseppe “Peppino” Vadala served with Lussu. Here is a photo that her cousin Marco sent her. Giuseppe is on the far left and Lussu in the center. Peppino also served in World War II. 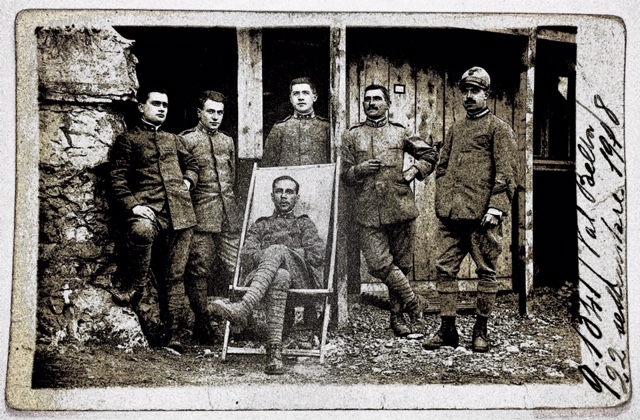 People often reveal their true character during the worst of times. Emilio Lussu passed this test with flying colors.

As time passes, people tend to gloss over the bad stuff, including the trade war that deepened the Great Depression, the dangers of Nationalism,  the horrific by-products of anti-Semitism, or the terrible effects on unvaccinated children from measles, mumps, and rubella.