Change is the only thing that doesn’t change.

Our bodies are constantly regenerating. New cells are born, others die.

Our skin every two weeks. Every ten years, our entire skeletons are completely rebuilt.

Life on our planet is anything but permanent

There have been five mass extinctions in Earth’s history. In the worst event, 95% of all species disappeared.

We live in alignment with the laws of gravity but not those of change.

If a glass breaks, few freak-out. We don’t expect it to last forever. We sweep it up and move on.

We only notice the beginning of things and not their inevitable end.

We expect happy emotions to last forever or youth to never fade. We artificially fight change with plastic surgery instead of accepting the iron law of impermanence.

We want our children to stay little babies forever.

Nobody gets out alive.

The same rules apply to the financial markets.

We anchor to a stock price and refuse to sell unless we at least get back what we paid.

We expect bear and bull markets to last forever. We make decisions based on our stubborn refusal to accept impermanence.

We are control freaks in uncontrollable markets. We fixate when we should be observing.

Take a glance at the composition of the S&P 500.

The largest corporations in the world display little immunity to creative destruction.

Innosight came out with this terrific report.

Some of the highlights include: 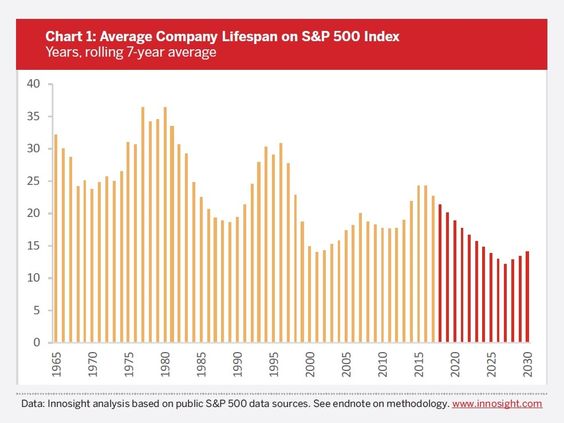 At the current churn rate, about 50% of S&P 500 companies will be replaced over the next ten years. 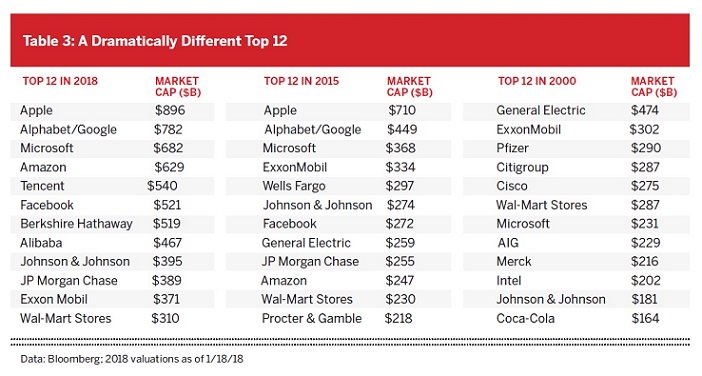 Retailers were especially hit hard by creative destruction, and there are strong signs of restructuring in financial services, healthcare, energy, travel, and real estate. 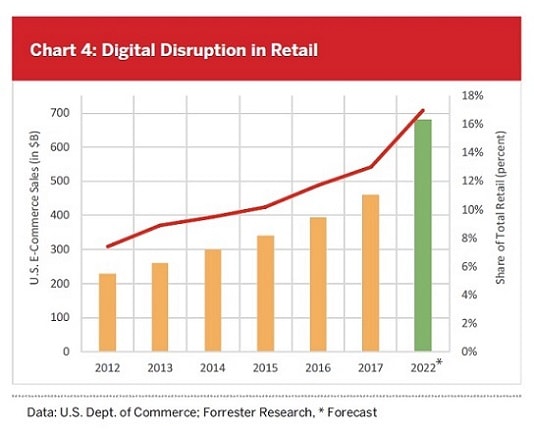 Keep this in mind the next time you want to purchase a stock and hold it forever.

“Forever” may turn out to be much shorter than you think.

Our worst traits include a fixation on the present (Recency Effect.) We refuse to abandon ideas we have thrown time and money into. (Sunk Cost Fallacy)

These investment beliefs deny reality to our own detriment.

No one says change is comfortable. It’s often jarring and unsettling.

The alternative is far worse.

John Maynard Keynes understood this better than most. “When the facts change, I change my mind. What do you do Sir?”

The fact is facts change and so do markets.

Giving up control is never easy. The same can be said for investing.

Hanging on to the past won’t stop change, no matter how hard we try.