There are over 9 million timeshare owners in the United States alone, according to a 2017 Vacation Timeshare Industry study.

74% are locked into lifetime contracts with perpetuity commitments that can pass on to their next of kin.

85% of owners have buyer’s remorse.

What happens when you want to get rid of this money pit?

Here is the sequel to my original post.  A friend of mine recently told me his tale of timeshare woe.

In 2007, he purchased a one-week stay at an Aruba-based property for a price of about $29,000.  Annual maintenance fees came in at $1,600. Since the purchase, the fees have increased significantly.  Declining to finance his purchase at the 23% annual rate the company was offering was the only saving grace in this deal. 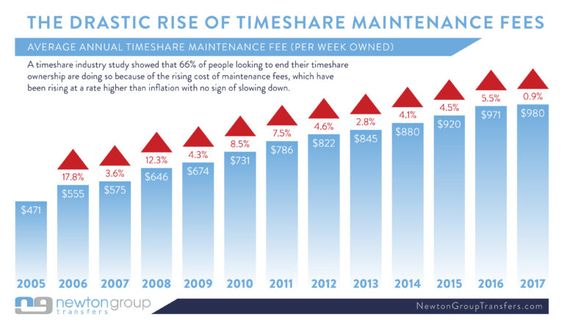 He decided to sell this “investment” in 2018 and went to the company to see if they would repurchase it.

Their offer was: “Sure, we will take it back- for free!”  My friend declined their “generous” proposal and decided to explore the resale market.

Eventually, he found a buyer for $3,500. I consider this a minor miracle. Many timeshares sell for pennies.

This deal resulted in an 88% loss (not including years of maintenance fees and travel expenses). Still, it was $3,500 more than the Timeshare company’s offer. He decided to take it.  Here is where the story takes an even more sleazy turn.

After filling out the appropriate paperwork, he went back to the company for their approval.  They told him that,  according to the signed purchase contract, they have the “right of first refusal.”  This meant they could turn down this deal and instead pay my friend the $3,500 instead.

The company activated this clause.  He decided to accept their offer and tell his prospective buyer their deal was off.

There are several things wrong with this unholy process:

He could have declined their offer; but, after a decade of misery, he just wanted to stop the financial bleeding.

There is nothing illegal about this transaction. All of these stipulations are hidden under mounds of legalese.  Ethically, this really sucks.

It’s bad enough timeshare companies take advantage of customers in the original purchase. It is unbridled greed when they attempt to repeat the process.

Be smart – don’t ask timeshare companies what they think the property they sold you is worth.

Be smarter – don’t buy one in the first place.