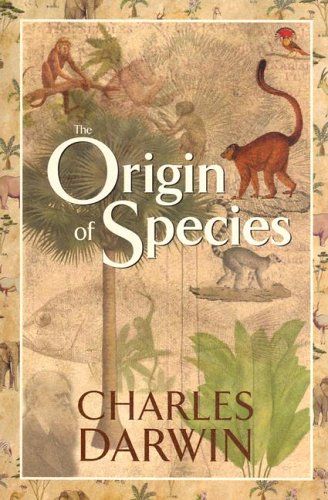 We are all delusional.  Our feelings, for the most part, in no way depict reality.

“Feelings were designed to get the genes of our hunter-gatherer ancestors into the next generation.”- Robert Wright

Beliefs involved deluding our ancestors, often making them so fearful they saw things that were not there.  Emotions designed for gene passage give us a distorted view of reality; including our perceptions of friends, family, enemies, and the world.

Not all of our feelings are delusional; it’s just hard to discern between reality and fantasy. Evolution makes this task difficult.

“The cost of survival of the lineage may be a lifetime of discomfort.”- Aaron Beck

If we are delusional in daily routines, how does this translate into irrational financial markets? Most investors are basically paranoid and deranged behavioral algorithms.  Let’s take a closer look.

Natural Selection often steers us toward things that are counterproductive to our lives. In an environment without processed/junk food, sweets were actually a good choice; eating fruit led to excellent health and gene propagation. Today, the same craving for sugar steers us to the consumption of empty calories and morbid obesity.

There were no doughnuts on the African Savannah.

Compare our tendency to day-trade with the dopamine rush of sugar intake. Like eating doughnuts, short-term trading leads to destructive long-term effects. Momentary bliss kept our species alive a long time ago. This is no longer true in modern financial markets, yet the instinct remains.

Road rage is another example. Punishing someone who treated you with disrespect kept you alive as a hunter-gatherer. In a community with scarce resources, you could not afford to be taken advantage of; it would lead to your demise. Rage directed at enemies saved your life.

This genetic trait time traveled to our highway system where rage can get you killed.

Indulging emotions, when allocating your investment portfolio, is counterproductive. Anger and investing don’t mix. Selling an investment because it has not “gone up” is the financial equivalent of road rage.  There is a short-term benefit from satiating your anger, but the long-term consequences are catastrophic. Patience and self-control weren’t genes to be propagated in a dangerous prehistoric world.

We often believe in things that don’t exist. We are so sure, we actually see them. Think of poisonous snakes, spiders, killer clowns, shark attacks, and monsters under the bed; 99.9% of the time we will be incorrect in our perceptions, and it doesn’t matter.  The .01% we might be right may save our lives. Natural selection did not design your mind to see clearly. Your mission is to pass on your genes. Anything that helps achieve this goal has been passed down through the species – even if it involves seeing things that are not there.

This applies to our irrational fears of market disasters. The media spends a disproportionate amount of time dwelling on impending market crashes. In reality, they are quite rare.  50% stock market melt-downs occur infrequently. 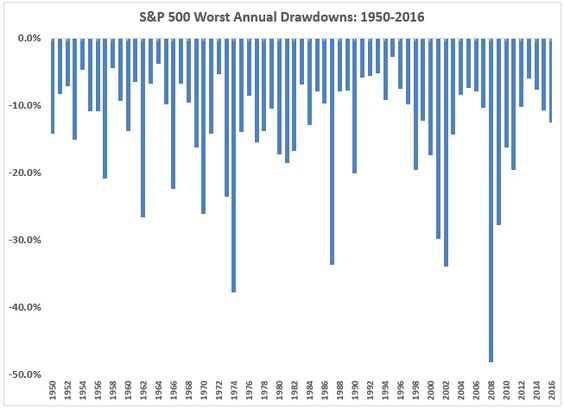 Preparing incessantly for financial Armageddon is a costly false positive. Mistaking the sound of a rustling leaf for a rattle of a poisonous snake thousands of years ago may have assured your survival, the same cannot be said for reacting to the daily noise in financial markets.

Jason Zweig said, “Only the survivors get paid in investing.” Time in the market is much more important than timing the market when compound interest is concerned.

Continually prepping for the next disaster by immersing yourself in every false positive will prevent passing on your financial assets. Your children will be left with no inheritance and you will severely jeopardize your retirement.

Self-consciousness is another genetically passed on trait. During early civilization, those who were liked and admired had a much better chance of propagating their genes. Social banishment during this period was a death sentence.

Self-consciousness flowed into the modern world. Enormous amounts of time are spent thinking about the impression you make on people you may never see again. Throwing up on an airplane may be very unpleasant and embarrassing but it usually has no effect on your survival. Most of us would rather die than be humiliated in front of complete strangers.

This once protective attribute does more harm than good, especially for investors. Following the crowd in any type of financial mania is a recipe for disaster. The fear of being ridiculed for pushing back against group-think has gotten investors into extinction-level portfolio events (e.g., tech stocks in the 1990s, real estate in 2005, and, possibly, Crypto Currencies in 2017?). Swimming in the sea of confirmation bias leads to the decimation of investment capital.

Our modern environment has transformed life-saving habits of our ancestors into destructive behaviors. Road rage and your sweet tooth are cases in point.

When it comes to investing, accept the fact you are not genetically programmed for this stuff. Either go through the time-consuming and difficult process of behavior change, or find someone who can do it for you.

The genetic propagation of your portfolio is at stake.

On the plus side, if our ancestors possessed the analytical traits and patience of Warren Buffet, none of us would most likely be here today.

Source: Why Buddhism Is True by Robert Wright