Enforcing human rights, not imposing tariffs, will solve our trade dispute with China.  Chinese and American workers are comrades in one respect.

Beijing exploits them both.  American and Chinese inequality are traced to China’s authoritarian ways.

Matthew Klein wrote a terrific piece, Tariffs Are the Wrong Response to China.

“China is now one of the most unequal societies in the world. Between 1980 and 2010, the share of income officially earned by the top 1% of Chinese households rose by about nine percentage points.”

Most nonfinancial companies pay workers about 66% of what they produce. China clocks in at 40%.  China possesses one of the most regressive tax systems in the world.

“The personal income-tax system collects only about 1% of GDP, while taxes on consumption and forced social security “contributions” take in about 14% of GDP.”

This results in workers paying an effective rate of 35% while the elite pays about 10%.

The Chinese employ a hukou system.

Hundreds of millions of Chinese migrant workers don’t receive benefits they helped to finance because they aren’t city residents, preventing millions of urban workers from receiving proper healthcare, education, and other aid. 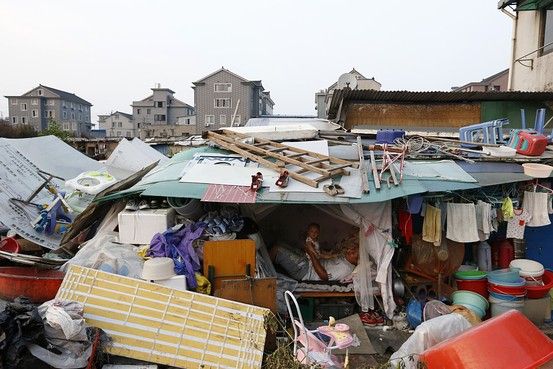 “The Chinese financial system is also rigged against ordinary households for the benefit of politically connected elites.”

Many Chinese have limited investment options. The big four state-sponsored banks pay scant interest and use the difference to lend to party-controlled corporations at below-market rates.

Since ordinary Chinese citizens cannot rely on state entitlements or suitable investment options they save —  a lot.

What’s saved isn’t spent.  Chinese consumption is less than 40% of GDP, considerably below the world average of 60%. 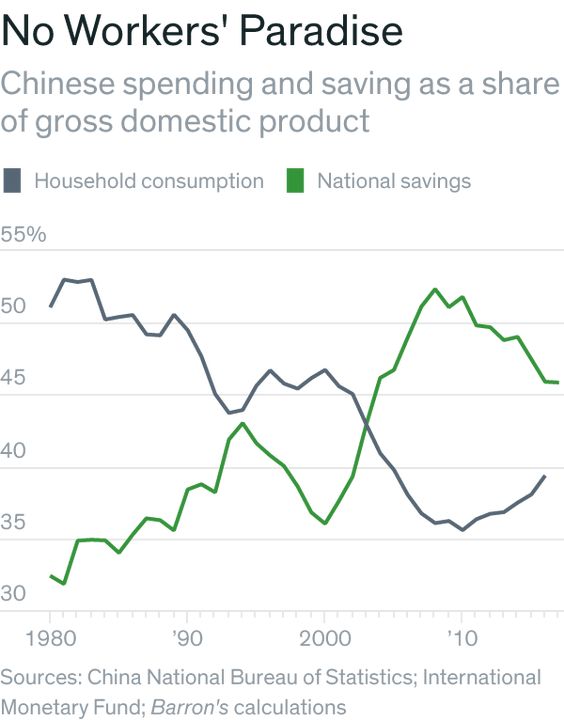 These factors contribute to China’s massive trade surplus with the U.S.; ground zero of our current dispute with the Middle Kingdom.

While President Trump has recklessly thrown kerosene onto the fire, our problems with China run almost as deep as the 1979 film China Syndrome.

In a far-fetched nuclear disaster plot, there would be nothing to stop a U.S. meltdown from tunnelling all the way to China.  Trade wars work the same way. There are no winners.

The irony is China exports almost $1 trillion more in manufactured goods than it imports, but Chinese workers cannot afford the products they produce. 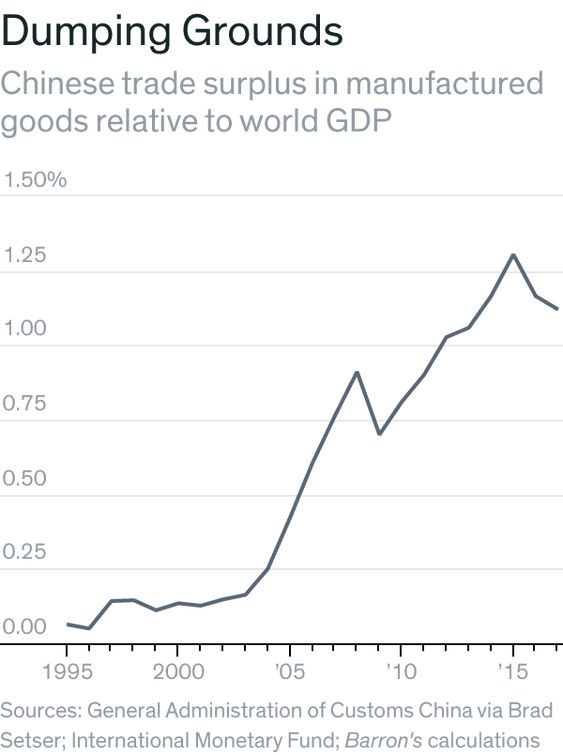 Displaced Americans found an outlet for their anger by electing President Trump. The Chinese have no such option.

Their leaders are anointed, not elected. Communism still sucks despite what you might hear from people who never lived under oppression.

The solution to the China problem lies in helping the average Chinese worker spend more. This would lead to a big dent in the source of the angst-China’s trade surplus with the U.S.

How is this accomplished?

Klein has some ideas. “Tariffs will not fix anything as long as China’s elites remain committed to extracting as much as they can from Chinese workers. The better approach would be to hit those elites where it hurts: Western governments should coordinate to ban Chinese investment in their countries, starting with housing. The U.S. and its allies should also become the champions of Chinese workers, especially rural migrants deprived of basic government benefits.”

Hit the elites where they are most vulnerable-their wallets.

When Wille Sutton was asked, “Why do you rob banks?”

He replied, “Because that’s where the money is.”

It’s no different in China.

Source: Tariffs Are the Wrong Response to China, by Matthew C. Klein, Barron’s