Trade wars, celebrity suicides, terrorism and a Social Security crisis; the headlines overflow with negativity. Is the world really this crappy? Most people judge happiness by their economic situation. It’s hard to concentrate on other matters if you are struggling to pay your bills.

While media stories depress the most optimistic among us, the reality is telling another story. Steven Pinker points this out in his mind-blowing book, Enlightenment Now.   Health, prosperity, safety, peace, knowledge and happiness are on the rise. The same goes for more arcane shorter-term trends.

Every weekend I read the BESPOKE Report; a virtual nirvana for data nerds. It is a treasure trove of info that keeps me up-to-date on the current trends and stats of the market; a few things jumped off the pages.

The economy is on FIRE. The data is striking. The job situation stands out. For every ten job openings, there are only nine available workers! According to BESPOKE, “During the height of the Financial Crisis, there were nearly seven times as many job searchers as there were openings.” The turnaround is nothing short of remarkable.

The number of job openings is a new record-high.  We could speak about the price of copper and other matters that most sane Americans choose to ignore. We won’t.

What’s fascinating is some of the stuff that average people are consuming that show the true strength of the economy.

According to BESPOKE, this is a key but important indicator of the underlying health of the economy. While most people have health insurance, a much smaller number carry dental coverage. This tends to be an out-of-pocket expense. More people going to the dentist means more people have extra money to spend.

Who said economics was boring?

In addition, “The percentage of consumers opting for Orthopedic, Cosmetic, and/or Lasik surgery are all at or right near multi-year highs.”

Among the more popular cosmetic surgical procedures and their related costs in 2016 were:

I can personally vouch for this. While out at dinner the other evening there was a woman across from me who literally could not move her perpetually frozen face due to massive Botox injections

Cheer up, America! Our world is filling up with tummy tucks, plastic-faced people along with bigger butts and breasts.

This all a good thing; in spite of what you see sitting across from you. 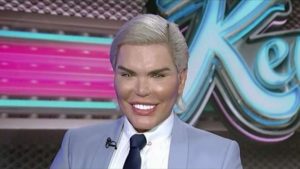