Many Super Bowl commercials are not what they seem. Sunday, we will watch idealistic scenes of people living out their retirement dreams. Beach houses, horse farms, weddings and high priced colleges are often the main characters in these vignettes.  The whole charade is usually narrated by an actor with a James Earl Jones-like voice. 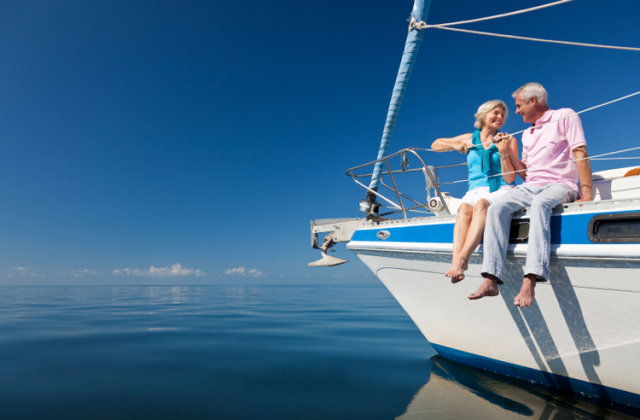 Don’t be fooled. Many of the financial companies creating these miniature cinematic masterpieces hide a dirty secret. They pay for these expensive spots by hiring individuals who intentionally misinform and mislead clients into buying unnecessary and expensive financial products. They are creating a retirement dream for themselves, not their clients.

These ads should run with the following disclaimer.

Warning, the products we sell can be bad for your wealth. Possible side effects include: retiring later in life, paying higher fees than necessary (which reduce your account balances), and enjoying a reduced standard of living. Confusing marketing with real financial guidance can be fatal.

A letter recently appeared on a discussion board over at 403bwise, the website run by my friends Dan and Scott.

A guilt-ridden annuity salesperson spilled the beans. He made no mention of funding clients’ family trips so their children could view the ocean for the first time. No, he just shared the sordid sales tactics designed to deliberately exploit non-profit workers, like public school teachers.

This story line is noticeably absent in these commercials.  The uncomfortable truth is the state-of-the-art video and exotic locales were funded by the victims of financial exploitation. Blood money. 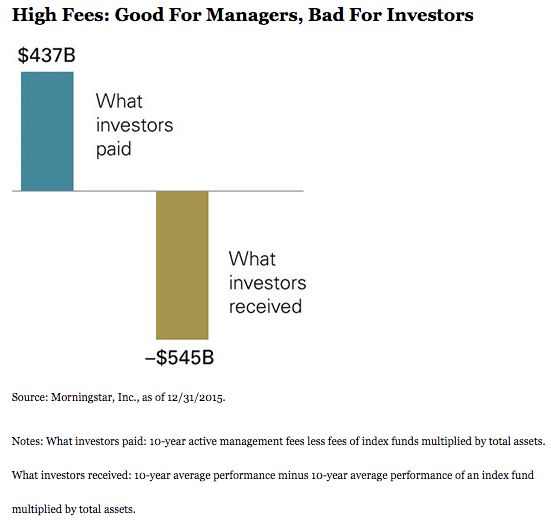 Tim Maurer states, “Companies behind these great new commercials–implicitly pledging to put you and your family first–have gone on the record as being opposed to a rule that would legally require them to act in the best interests of their clients at all times.”

Keep that in mind when the feel good message starts to tug at your heart and you are tempted to pick up the phone.

The tone of this does not match the images displayed on your flat screen. You can determine which is more indicative of the cultures of these companies.

Here is the letter in its entirety. (Reading the bold type is enough to get the point.)

I am a 403b annuity sales representative and am in agreement there needs to be massive changes in the way 403b annuities/custodial accounts are sold to non-for-profit employees. In the schools, teachers have no clue what they are being sold to them by us, as we explain it like a 401k for teachers (which is half-truth). We are told to dumb it down and explain it like in the most elementary terms possible.

Most teachers don’t even know what they have when they sign up for it (call it a 401b or something like that).  Fees and surrender charges are rarely mentioned and when they are, the teachers look at you like a deer in the headlights.  Employees are under the impression the 403b provider has been vetted by the school and endorsed by the administration, however, many in the administration don’t even know the difference between a ROTH and a Traditional IRA, let alone what to endorse when picking the right retirement vehicle.  I have been told by administrators not to mention fees and expenses to staff because some can’t even balance a checkbook, let alone understand what I am trying to explain.

It can be like a kid at Christmas for the annuity salesman in the schools. Where else can you walk the halls, knock on doors, introduce yourself, and get an appointment all at the same time… You can tell the teacher anything and there is little accountability.    We call ourselves advisors, even though we are working as brokers selling commissions and no one knows the difference.  Teachers open their whole financial portfolio to people who call themselves “advisors,” who they just happened to meet, in a teacher’s lounge the week before.

Annuity salesmen compete with other companies for rollovers and rarely explain the consequences of moving the money to a new contract. I have seen individuals move their money to three different annuities in 4 years and pay thousands in surrender charges two or three times, chasing a better return shown by the newest 403b salesman (and these were administrators by the way).

To the 403b salesman, it is all about enrollments and rollovers.  Rollovers are where the big money is and the way to get that big pot of money moved to you is to show better returns than the current annuity company.  One of the easiest ways to get them to move the money is by showing all the small cap returns of the last year and showing what the current client is missing in this current bull market.

Another way is to show the weakness of the current client’s 403b. This has been presented by some salesmen by showing the quarterly returns as the annual returns (many teachers don’t know how to read their statement) and to be critical of their current fund line up.  This is how they get the teacher to move immediately most of the time.  They don’t realize they can just change the fund line up and you don’t have to take out a new contract.  Some teachers have two or three annuity contracts at one time and like to see which one performs best.

Broker/dealers of some of these insurance companies approve some of the craziest rollover requests.  I have seen rollovers approved by a company going from a lower cost annuity to a higher cost annuity AND the teacher paying surrender charges to make this switch and this be their second or third rollover in 5 years (chasing small-cap returns shown to them).

Many of the annuity salesmen I work with are young and right out of college.   Some, I think, are using this as a stepping stone and don’t realize or care of the financial consequences of who they might be hurting with their recommendations.

I would be reticent of anyone I met in the teacher’s lounge giving out financial advice…this is just my opinion of course from working in this field everyday.