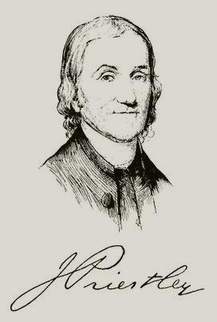 Markets don’t exist in a vacuum. “One hit wonders” love to make things simple. “The market fell/gained today because _____” is the most ridiculous statement in finance.

Confusing a closed-ended science experiment with the reactions of billions of market variables is a death sentence for investors.

Steven Johnson’s interesting book, The Invention of Air, illustrates this point perfectly. Johnson tells the tale of Joseph Priestley. Priestley blended science and theology in a remarkable way. He was a mentor to Thomas Jefferson and a peer of Benjamin Franklin. He invented ecosystem science and pissed off plenty of people along the way, including the Church and other scientists; a sure sign he was onto something.

The components of this experiment were a sealed jar, a live mouse, and a mint plant.

“A mouse placed inside the jar with the plant could survive happily for ten minutes, while a mouse placed in a plant-free jar in which another mouse had previously expired would begin to convulse within seconds. Somehow the plant was disabling whatever it was that snuffed out the candle and suffocated the mouse.”

The sealed jar provided the ecosystem to prove that plants emitted oxygen. This ground-breaking discovery was possible because the variables were limited and controlled.

Interest rates are on the rise, causing some to panic. In a sealed experiment, the obvious conclusion is that stock prices will fall. Bonds will offer higher coupons and investors will sell their stocks to purchase the safer, and now higher-returning investment.

Not so fast. The market jar is not sealed.

What if interest rates rise because the economy is doing better? The demand for money is increasing to purchase stuff. Is this a negative for stocks?

What if interest rates rise, but not at the rate the markets have already priced into stock prices? Is it possible that stocks could rally if this scenario panned out?

Stock prices are not mice. Interest rates are not mint plants. Market prices are determined by millions of (often) irrational investors making decisions based on biased perceptions of the world.

The correct conclusion is: Who really knows?

Even Joseph Priestley would have a hard time performing successful experiments in this chaotic environment.

In the words of Ben Carlson, “No one really knows what will happen with rates this low for this long. It’s never really happened before.”

It’s almost impossible to create experiments that will uncover new market paradigms. This is due to the open jar of human emotions, and billions of uncontrollable variables. The only trait that’s predictable regarding irrational emotion is its unpredictability.

Short-term market explanations for daily market gyrations are worse than useless — they are dangerous.

The next time you hear someone say a major market event happened because of____, don’t believe them.

Great ideas usually arrive in fragments. They take many years to arrive, if they arrive at all.

Never listen to those who have a simplistic answer to a complex question.

The markets provide smart people with many more questions than answers.

Source: The Invention of Air by Steven Johnson