“When the snows fall, and the white winds blow, the lone wolf dies, but the pack survives.”  – Ned Stark

Despite evil intent, the raging flood waters did not destroy Houston.

They held the line.

Heroic pictures of strangers helping each other will live long after the deluges have stopped.

Harvey was an epic natural disaster.

Some called it the “stuff of revelations.”

According to“Fire Ants Are Yet Another Hazard in Houston’s Flooded Streets” by Christine Hauser of  The New York Times, “Shadowy alligators floated in yards. A man caught a fish in his house. Bats were pried from bridges. Livestock paddled through streets where they were once fleet of foot.”

Then there were the fire ants.

“The creepiest images to emerge were the rust-colored mounds formed by colonies of fire ants, the nightmarish spawn of the deadly storm that first made landfall last week.”

These shrewd pint-sized creatures managed to outsmart the deadliest of storms using the oldest of techniques; they stuck together, literally!

“They rose up from their underground tunnel systems and literally stuck together to survive, linking their claws and clinging to one another in massive rafts and balls that floated and spun in the current.” 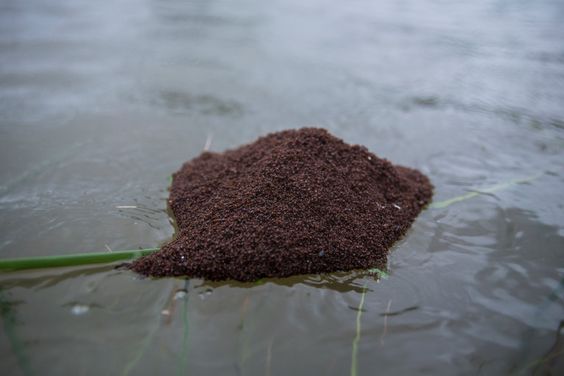 What can you learn from these insects about protecting your portfolio and financial plan?

They survived by linking vulnerable separate parts into an impregnable wall.

“They do this by connecting with their legs — 100 ants means 600 legs — creating a springy network that repels liquid because of a coating on their bodies. They weave into a waterproof fabric.”

They drifted for days while they rode out the storm until sanity reemerged.

A diversified financial portfolio acts in a similar manner.

During a crisis higher risk assets like small and emerging market stocks could lose 50% or more of their value; contrast this to cash and high-quality bond positions which, at the very least, should provide neutral returns during a financial conflagration.

This process works in reverse. Cash or bond-heavy allocations provide returns that barely match inflation over long periods of time.

Like the spindly legs of the fire ants, both types of assets MUST work together for your money to survive the storms of a lengthy retirement.

As we observe below, returns are unpredictable. Common sense states holding all of these assets in a combination that coincides with your risk tolerance, savings rate, and time horizon. 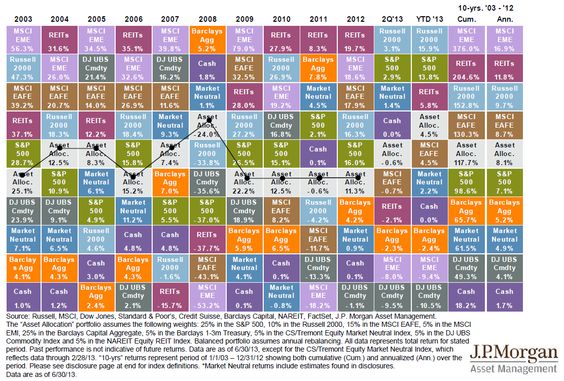 The lesson from this crazy quilt is a reasonable asset allocation strategy connecting the small pieces provides the highest probability of avoiding disaster.

The question becomes who will be the “glue” that will hold this complicated puzzle together during all too frequent 100 year floods.

Process-driven, fee-only fiduciary financial advisors are at the top of the list.

They will keep you from breaking apart your financial colony at the worst possible time.  Guiding you through inevitable natural and unnatural disasters that have gone on in markets since people began tracking them.

What are the main ingredients to look for to find such an advisor?

As a start, someone who will:

Without a good advisor, the most meticulously crafted financial plan will rupture into dozens of spinning and ineffective pieces during the next financial super storm.

Like the lone wolf, your plan will perish when the long, cold winter arrives.

We have put together a pretty good squad to help you hold the line.

If you are looking for a way to help those suffering from the effects of Hurricane Harvey, consider making a donation to the Houston Food Bank.