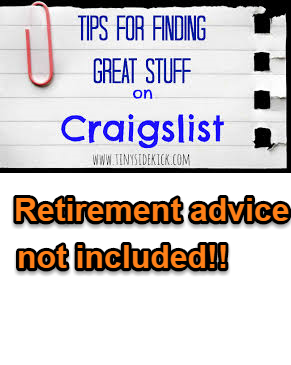 Too many advisors are trained to sell, not plan. Inexperienced college graduates and other unqualified individuals are often used by insurance companies as a form of asset-gathering cannon fodder. Multitudes of salespeople are sent out on this mission; few strike it rich.  Some insurers believe if you throw enough sales pitches against the wall, a portion of retirement assets will stick.

The 403(b) teachers’ retirement market is ground zero for the worst of these practices. Young recruits and others are lured in by big insurers with advertising on such popular sites such as Glassdoor, LinkedIn, and even Craigslist!

After garnering interest from naive applicants by using the lure of a $100K first-year compensation potential, the process begins. The initial “interview” is by phone. The term interview is used very loosely, because this conversation involves no questions for the applicants. This interview is read from a script describing a “tree top” look at the firm.

My industry source vividly remembers one line from this farcical process. “The client comes first, company second, and ourselves third.” His eloquent reply years later to this hypocrisy was, “Bullsh*t!”

My source explained that about 60% of the initial prospects make it to the next round. Since there are no trick questions (or any type of questions in the first round) “…this low percentage speaks volumes about the qualifications of the initial applicants.”

The second round involves an interview with a company manager. The barrier to entry to progress in the process could never be confused with the Navy Seals’ “Hell Week.”

“If the candidate shows up dressed and is somewhat well spoken, he moves forward. A background and credit check will follow.”

The next stage consists of a meeting with another manager and a couple of associates. My source was often a part of this component. At this point the most undesirable candidates have been eliminated “…due to dressing like an idiot or the discovery of a criminal background”. The remaining applicants are asked to submit a generic business plan and come back for the final round.

In this culminating stage, the business plan is “reviewed” by a manager or some other executive. The criterion for success is effort, not content. “If you wrote or typed a lot you were good to go.” They seemed to follow the Thornton Mellon doctrine from the classic film Back to School. In the film, a dissatisfied Rodney Dangerfield sends his term paper back to his ghost writer.  The reason was he weighed the paper and said it was too light!

The large insurer closes the deal with promises of 6-8% initial sales commissions; bonuses for opening a certain number of new accounts; deferred compensation and other goodies. “For a young kid this is all pretty enticing. After hearing all this, a formal offer is presented and, not surprisingly, accepted. This whole process is designed to create as many salespeople as possible and weed out the bottom dwellers.”

Feeding the beast is an incentive which allows managers to collect their highest payouts from advisors that have three or less years with the firm.

What is lost in this industrial-strength sales machine is the best interest of the client. Inexperienced representatives sell high-cost and unsuitable insurance products to unsuspecting investors. Worse yet, they are trained to seek out outside assets like old 401(k) and spousal accounts to entangle in their webs of unnecessary complexity.

The young advisors are also damaged by this process. If the real duties of this job were disclosed in a transparent manner, the initial enthusiasm for this potential income would be seriously muted.

Clients are put first? College graduates are offered a fulfilling career in financial planning? Job interviews with no questions? If all of this sounds too good to be true, it is.

Craigslist is not the place to find a job that entails providing quality, non- conflicted retirement planning advice.

Unfortunately many young applicants and, more importantly, their future clients will find this out the hard way.