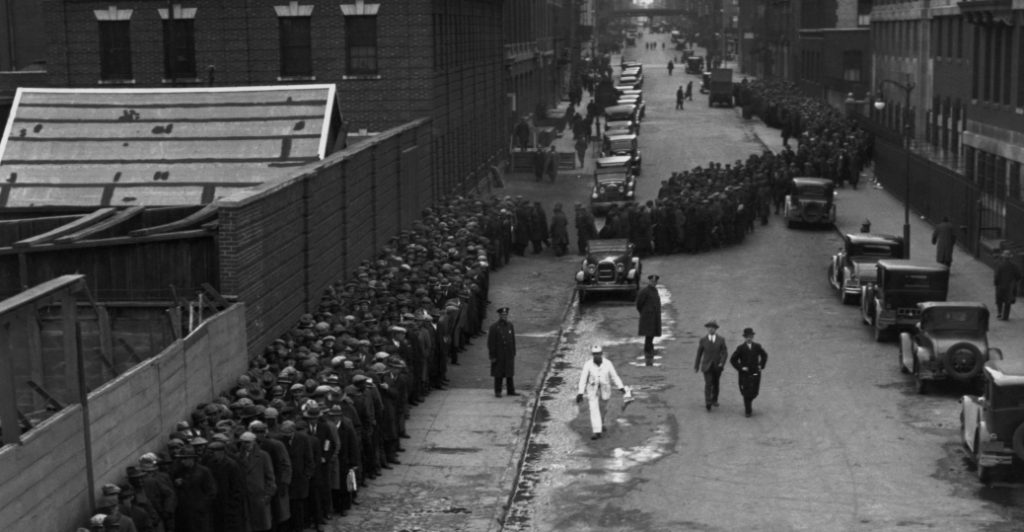 Maximizing shareholder value may be the dumbest financial and social concept ever created.

According to conventional wisdom (which rarely is either conventional or wisdom) guiding a company for the sole benefit of its shareholders, rather than stakeholders, will maximize shareholder return and societal contribution.  Wrong!

There are many reasons why time has proven this theory to be counterfactual; the biggest one being shareholders are the most “mobile” of all the interested parties.

In other words, shareholders can sell their shares in a millisecond.  The workers and suppliers, who tend to care the most about issues which affect the long-term health of the company, have to stick around.

Let’s take a look at the history of the “limited liability company”, and how the inmates eventually were able run the asylum.

Limited liability companies (“LLCs”) jumpstarted capitalism. This enabled investors to limit their losses to just what they invested in the company, and to shield their personal assets from creditors.  This is why someone who uses a dysfunctional Microsoft product cannot sue Bill Gates and take one of the islands he owns in Washington State.

This all went down in about the middle of the nineteenth century.  During this period things were way different than today’s world of celebrity CEOs.  The prevalent belief back then was managers who did not own 100% of the company would be incentivized to take undue risk since they were using O.P.M. (other people’s money).

Adam Smith was vehemently against LLCs for this reason, and publicly stated the need for strict regulation of these structures, if they were allowed to exist.

This so-called “manager risk” did not become a problem for quite a while. The reason being people like Andrew Carnegie, Henry Ford, and Thomas Edison ran their companies as if they were 100% owners, even though they had many fellow shareholders. They were not going to take short-term risks that could destroy the companies and the reputations they built from scratch.

Things started to change with the massive industrialization of the nation and the need for gargantuan capital-intensive companies, like railroads. This made it virtually impossible for a manger to be a dominant shareholder of a company.

Think of Apple Computer today; if its CEO, Tim Cook, owned 20% of the company he would need to be the richest man in the world. This approximately $120 billion stake would be almost double the net worth of Warren Buffet!

We now began the terrible transition to managers who focused on maximizing short-term profits. The things that mattered in this brave new world were companies’ stock market capitalizations or size, and stroking the egos of the new CEO kings.

Famed economist, John Kenneth Galbraith, saw this coming and said companies will need increased government regulation and unionization in order to prevent the trampling of the rights of employees and suppliers.

During the 1980s all hell broke loose.

Shareholder value maximization became the established dogma. Managers were now being compensated by the amount they gave back to shareholders in the form of dividends and share repurchases.  Stock options would be the new currency to incentivize mangers to remind them not to bite the hand that fed them.

This policy often decimated the remaining stake holders. Profit was maximized by cutting costs, since this would lead to the quickest short-term results and put all those incentive options “in the money.”

Wages, investment, supplier costs, and employees bore the brunt of the sword. Former GE CEO, Jack Welch, was nicknamed “Neutron Jack” for his propensity for firing people, was rewarded handsomely, and  was lionized for his efforts.

This worked well for a while, but cost-cutting had its limitations; the beast of dividends and stock repurchases still had to be fed.

This led to the next, and more brutal stage:   Massive outsourcing of labor to foreign nations; the destruction of unions; and fewer benefits to workers were big components of shareholder maximization 2.0.

Suppliers were pressured by huge companies to lower their prices drastically. Government was held hostage by the threat of companies packing up and moving abroad; so they caved in and gave out “corporate welfare” in the form of massive tax breaks and subsidies to keep various industries from leaving.

The seeds of the inequality (and the subsequent rage) we see today were planted.

Capital was used for buybacks and dividends, rather than things like worker training, higher wages, and research and development.

Economic growth decreased, and by 2008 share repurchases became an absurd 280% of corporate profits!

Our current political climate is seething with anger about outsourcing, free trade, an unfair tax system, and wealth inequality. Occupy Wall Street, Bernie Sanders, and Donald Trump moved to the forefront with an “us against them” message.

When a system is designed to benefit the few and hurt the many this is what you get. We are reaching a boiling point.

People feel the system is rigged against them and, since a small percentage of the population owns most of the stocks in our nation, it is true. The average person is not benefiting from this selfish, shareholder value maximization policy.

Other nations like Sweden, Korea, France, and Germany give managers much less power; stakeholders have more influence than short-term “floating” shareholders. Their systems may be far from perfect, but perhaps we could learn a little something from them.

Paid family leave, less chaotic work schedules, a living wage, along with profit-sharing would go a long way in repairing the trust between our citizens and large corporations.

You might not agree with me on this and that’s fine. There is no doubt that there is seething anger and resentment in our nation and much of its genesis evolved from corporate managers blindly seeking shareholder value at the expense of everything else.

Fired workers, struggling companies, jilted suppliers, and the decrepit infrastructure that they use for transportation could not agree more.

Source: 23 Things They Don’t Tell You About Capitalism