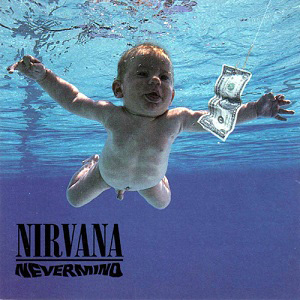 The three most important words for an investor are I don’t know. These words will make one a pariah during typical hyperbolic cocktail party chatter. In the long run, this ego-deflating and lonely admission will save you a boat load of money.

Most investors make money because of the things they decided not to do; ignoring forecasts/predictions falls precisely into this category.

Trying to predict the future usually puts investors on the fast track to the poor house. Recently I came across Steven Russolillo’s article “A Market Timing Strategy That Just Might Work” in The Wall Street Journal.  He writes:

Reading further, he goes on to state: “…Researchers found that the strategy worked about 55% of the time.”   If there is some margin of error included, it’s a toss-up.

So, do we need some college professors to tell us that this earnings/market timing strategy is basically a flip of a coin?

How about the rest of us who don’t have time to preform these arcane experiments?

Let’s take a look at how hard this game is to play.

In 2007, emerging markets posted a stellar 39.4% gain. The tide viciously turned in 2008, resulting in a 53.3% loss based on research conducted by Dimensional Funds.

Past performance is no guarantee of future returns. Since it is almost impossible to predict what entire asset class will outperform in a given year, the idea that one can pick which individual company will come out on top is sheer folly.

Professional fund managers have failed miserably at this. In the last 15 years only 17% of stock and 7% of bond funds have beaten their index according to Dimensional Fund research.

Damn the facts! Full speed ahead!

Many investors are enamored with this money-losing past time despite the daunting odds and evidence against them.

Some retail investors enjoy speculating in commodities. Unbelievably, many millennial investors particularly like to speculate in oil, using leveraged ETFs!

Let’s think about this for a moment:  Just imagine the predictive abilities one would need to be successful in this venture.

Throw all of this in, with civil wars and modern day pirates in Africa, and you have the potential for just about anything to happen, at any time!

Still, retail and professional investors continue to line up to place their bets on oil’s movements over the short term.

Good luck with that!

There is no shortage of unpredictable events investors will wage their hard earned money on.

Politics also provides a fertile ground for the loss of capital.

Positions are often taken on the assumption of which political party will gain power, and what market sector this will benefit the most.

Many investors turned bearish on the health care sector after President Obama’s election. They assumed his signature health care plan would ravage these groups’ profits.

Undaunted over their massive Obamacare miscalculation, many of these same people are taking positions based on their predictions of a Hilary Clinton or Donald Trump presidency.

This will most likely lead to a similar horribly misdiagnosed result.

On the 25th anniversary of Nirvana’s signature album, Nevermind, we can look back and learn something from tragedy.

Few would have predicted that grunge would topple hair metal in 1991 when “Smells like Teen Spirit” became the anthem for teen angst.  Fewer still would have thought how this would all end so very badly.

Kurt Cobain put a shotgun into his mouth and killed himself on April 5, 1994. He was 27 years old.

Though he left us way too soon, we can learn much from this very tortured, but brilliant man.

Cobain is quoted as saying, “They laugh at me because I am different. I laugh at them because they’re all the same.”

His words ring true in most aspects of life, especially investing based on predicting the unpredictable.

Who would have predicted that 25 years after buying Nirvana’s CD, I would be writing something that included Kurt Cobain’s suicide; the returns of REITs; and a possible presidency of a former reality T.V.  star?

If this doesn’t keep you from trying to predict the future regarding your investments, then never mind; I brought this topic up in the first place.