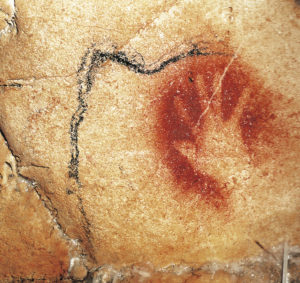 The century’s worst financial trade was based on the premise that home prices could not collapse in all parts of our country simultaneously. This arrogant, misguided perception almost led to a complete meltdown of the global financial system.   Unfortunately, we may not have learned our lesson.

Our nation’s 2016 presidential candidates are taking us down a dangerous economic path of extinction that I have dubbed “The Neanderthal Trade.” Led by Donald Trump, in particular, all three candidates are hell-bent on leading America towards trade protectionism.  Bernie Sanders and even Hilary Clinton have piled on (and she really should know better).

It may seem far-fetched to link species extinction to a lack of global trade, but a whole group of humans who have inhabited out planet for 600,000 years may politely grunt in disagreement.

For a pretty long period of time, Neanderthals were considered the “cool kids” on the evolutionary ladder. They created tools, cooked their food, and finger painted in some caves. Let’s see a monkey do that!

Suddenly, things took a bad turn with the arrival of their cousins from Africa, the Homo sapiens. According to Matt Ridley, the author of the excellent book, The Rational Optimist, “The Neanderthal died with his back to the strait of Gibraltar about 28,000 years ago.”

What happened? It seems a group of anti-protectionism, free traders came along. They were called Homo sapiens. Suddenly, there was a new sheriff in town.

These free-traders had some very different ideas than the hairy Neanderthals about how an economy should work. These African descendants believed in a division of labor between the sexes and specialization when producing goods.

Eventually, they came up with the ground breaking idea of trading with, rather than killing, rival tribes.

Homo sapiens had clear and distinct gender roles in their economy. Men were the hunters and protectors. Women were the gatherers, cooks, and child bearers.  While some may call this sexist, it was anything but.

This division of labor enabled the group to survive and drove the Neanderthals to extinction. It also bonded the couples in a form of prehistoric matrimony.

The men were able to take bigger risks and hunt for larger game due to the work of the women. Women were supplying a steady supply of food through their gathering activities.  This allowed the men to increase their odds of successfully hunting down food because they had more time to dedicate to it,

In some instances, this inter-gender group dynamic was similar to modern society. Some men became less economically productive because they were looking for status instead a stable supply of food. Think of Jon Corzine destroying his own firm in his quest for glory with speculative trading. Though he did this in a suit instead of a loin cloth (thank God!), this contemporary example explains what can wrong in this arrangement.

In a stark contrast, the Neanderthal economy was based on self-sufficiency and lacked both specialization and bartering; which became their death knell. With everyone doing the same chores, skill levels never reached the expert stage.

This was fatal for the Neanderthals when they encountered the Homo sapiens. Ridley states, “Homo sapiens had a sexual division of labor and Neanderthals did not, and this was the former’s crucial advantage when they came head to head in Eurasia 40,000 years ago.”

Though the Neanderthals had tools, they did not improve their productivity for thousands of years due to their self-sufficient isolationism. They were no match for the collective brain of the technology embracing, free-trading Homo sapiens.

Neanderthals simply could not compete with the Homo sapiens.  In the words of Ridley, “The Homo Sapiens began to build a collective intelligence. They had started for the first time to exchange things between unrelated, unmarried individuals.”

This novel approach created a virtuous cycle. More specialization led to more barter and trade. This increased technological innovation and led to even more exchange.

It seems our current presidential candidates have completely discounted the experience of the poor Neanderthals. They are just pandering to the lowest common economic denominators among the electorate in order to get votes.

All three 2016 presidential candidates, especially Trump and Sanders, are jeopardizing the very attributes that make humans the planet’s dominant species. The ability of rival groups to trade with each other separates humans from all other living things.

As Adam Smith once said, “No man ever saw a dog make a fair and deliberate exchange of a bone with another dog.”

Trump, Sanders and now, even Clinton, are playing with fire.

At our most base level, human beings are not naturally inclined to trade with other groups.  In fact, instinct more likely favors killing others from strange groups. These candidates are bringing this dark side of human nature out from the shadows.

By appealing to these base emotions, these genetic feelings could easily resurface. The old saying, “When goods don’t cross borders, soldiers will” has been very prophetic. The breakdown of free-trade and the rise in protectionism prior to World War II is a good case in point. The stakes are much higher today due to the fact that the weapons from that war are like pea-shooters compared with today’s modern nuclear arsenals.

Ridley warns, “Famously no other species of apes can encounter strangers without trying to kill them, and the instinct still lurks in humans.”

The candidates are toying with our one sustainable advantage that differentiates us from animals, and this should not be taken lightly. Ridley reminds us that humans are the only species who collects and shares different foods.  Self -sufficiency, which aided the demise of the Neanderthals, was replaced by the productive habit of exchange.

Going back to the policies of the racist Nativists and implementing laws similar to The Chinese Exclusion Act are not solutions to the problems of a modern economy. While workers who have been displaced by free trade need support and re-training, their sad plight should not be used as an excuse to go back to the prehistoric policies of the Neanderthals.  The Neanderthals’ self-sufficiency led to their extinction when they encountered the more progressive Homo sapiens.

Partisan politicians are ignoring hundreds of millions of years of human history when they preach the policies of isolationism, xenophobia and protectionism. Building walls, implementing trade-destroying protective tariffs, and abandoning standing alliances will cost us dearly.

The actual implementation of “The Neanderthal Trade” could make the great recession look like a visit to Disney’s Magic Kingdom.

The Neanderthals voted for these very same policies. The result was not the expected — “Make Neanderthals Great Again!”  — but the very extinction of their species.