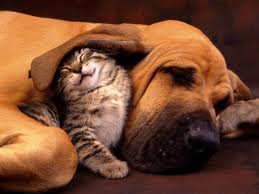 The costs of caring for pets has increased dramatically over the past decade. Even people who take out pet insurance are finding many of the costs are not covered under their policies. A solution to this is to incorporate these possible expenses into your budget.

Read this excerpt from Marketwatch.com to learn more…

Like (human) health-care costs, pet-care expenses have risen considerably faster than inflation since the turn of the century. Quirky coincidence: They each increased by 87% between 2001 and 2012, according to statistics from the American Pet Products Association and the federal Centers for Medicare and Medicaid Services. (Spending on health care, of course, is many times greater than what we spend on pets.)

In the case of pet spending, which topped $55 billion last year, much of the increase is driven by owners’ willingness to pamper their animals with the likes of Hermès dog beds and free-range, cruelty-free kibble. Rosso, a Houston-area financial practitioner and self-confessed chihuahua owner, says that empty-nest boomers are particularly prone to indulging their surrogate kids from the animal kingdom. Owners have also grown more willing to spend on intensive medical care for their pet companions; Rosso says catastrophic-care pet bills of $3,000 to $5,000 per incident have become relatively routine.

Rosso’s advice, in a nutshell: Build your pet expenses into your budget, and set aside money for their care in the same automatic way that you sock it away for retirement. That might include budgeting $40 a month or so for veterinary insurance premiums (though, as MarketWatch’s Jeanette Pavini has pointed out, many pet-insurance policies are riddled with exemptions that restrict your coverage); an alternative could be to set aside money each month in a pet emergency fund so you can self-insure.