Human beings live about 4,000 weeks. Give or take a couple of hundred. It’s just the math. Worry is our feeble attempt at controlling an uncontrollable future.

Throughout history, people worked, so they didnt have to labor as much as they age. Today, we do the opposite. The wealthiest tend to perform the most extended hours. Score Keeping takes precedence over common sense.

We worship the God of productivity. We are micromanaging every second to get things done. Joyless urgency dominates our culture.

FOMO dominates our thinking. Due to our misreading of time, we don’t realize we won’t accomplish most of our goals. One can only accomplish so much in 4,000 weeks.

Oliver Burkeman rightly states. “Which isn’t the problem anyway, it turns out, because missing out is what makes our choices meaningful in the first place.”

Trying to fit everything into your schedule doesn’t end well. Doing this guarantees spending time on the least meaningful stuff. Worse yet, the more productive you are, the more gets thrown at you.

The miscalculation of times’ relationship to life is the culprit.

If you don’t believe our limited time slot on this planet, gaze towards the heavens. The James Webb Space Telescope Telescope did just that. Peering into deep space, the images it generated were mind-blowing. 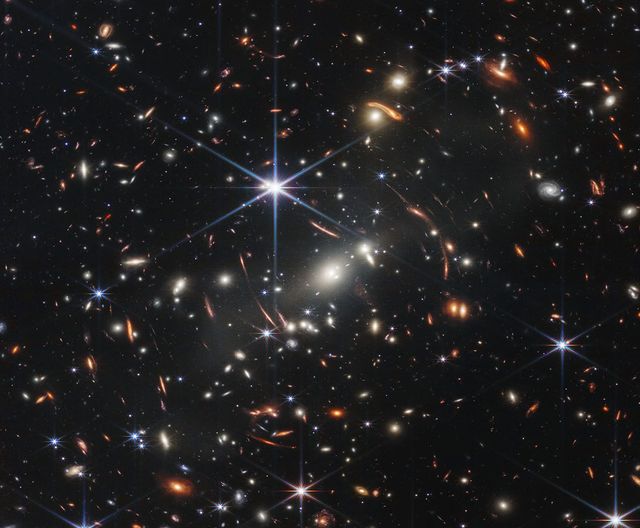 This image of galaxy cluster SMACS 0723, also called Webb’s First Deep Field, captures even the faintest objects, like tiny dots of galaxies billions of years old. To put things in perspective, this slice of the vast universe covers a patch of sky approximately the size of a grain of sand held at arm’s length, according to NASA. – Boston University

What does all of this have to do with investing?

Many investors spend too much of their paltry 4,000 weeks agonizing over the following unanswerable questions:

When will the bear market end?

How high will inflation go?

Will the Federal Reserve raise interest rates too much?

What effect will the mid-term elections have on the stock market?

When will the price of gasoline go back to normal?

Is Bitcoin still a good investment?

Asking these questions is like sampling data after every breath while meditating. The urge for certainty compounds suffering. Our self-protective nature renders us incapable of distinguishing true alarms from false. Trying to influence our financial futures isn’t the issue. Thinking it guarantees certainty is our cognitive folly.

It is all about making choices. We don’t make the rules – time takes care of that.

Try completing a few meaningful tasks daily instead of touching on dozens of unimportant ones.

The same applies to your portfolio.

Invest in a low-cost basket of diverse index funds, and save as much as possible. Stick to the program and move on to the good stuff in life.

We can look to sports for further confirmation.

Met’s manager Buck Showalter is enjoying a renaissance by adopting this attitude. OK, I’m not getting out of this alive. Quit taking yourself so f-king seriously. James Webb’s Space Telescope couldn’t agree more.

Don’t let time slip away from you. Unlike the stock market, your time will never make new highs.