College rankings aren’t what they appear.

These facts are indisputable.

The question becomes at what price do the select few benefit to the detriment of everybody else.

The New Yorker expands on this concept.

“In the early years, the thing that’s happening now would not have been imaginable, This idea of using the rankings as a benchmark, college presidents setting a goal of ‘We’re going to rise in the U.S. News ranking,’ as proof of their management, or as proof that they’re a better school, that they’re a good president. That wasn’t on anybody’s radar.

Many parents blindly follow this guide without having any clue regarding its construction.

The rankings can be and are gamed.

A big factor in the ratings is the school’s popularity amongst the right people. Administrators are asked to rank their peers on a 1-5 scale.  What does an Administrator at the U.S.C. really know about the happenings at Middlebury College?

Leaving schools with low name recognition at a big disadvantage.

Fortunately, many administrators refuse to participate in this charade. Only 43% responded to the survey in 2018-2019.

For some bizarre reason, the system uses six-year graduation rates. I’m not sure what planet this is acceptable on, but it works here.

The rankings boost admission tricks. The algorithm favors schools that decline admission to applicants. Some schools deliberately market to incoming first-year students that they have no intention of admitting. They do this intentionally. Cruelly declining applications to move up on the rating scale.

The system encourages the use of merit scholarships. Previously high-income families paid full tuition. This changed dramatically as the importance of the ranking system grew. The arms race grew to entice top students to attend, and so did the money. Formerly these grants were used solely for middle and lower-income students.

The rankings embolden cheating. Several schools were caught fudging their numbers to protect their list staus in the cutthroat world of attracting elite students. These institutions include, but aren’t limited to, The U.S. Naval Academy, Baylor, and Emory University.

The rankings spur student debt. It’s a feature, not a bug that most schools need to raise tuition to play this game continuously. It’s no shock that staggering debt is the by-product of these policies. 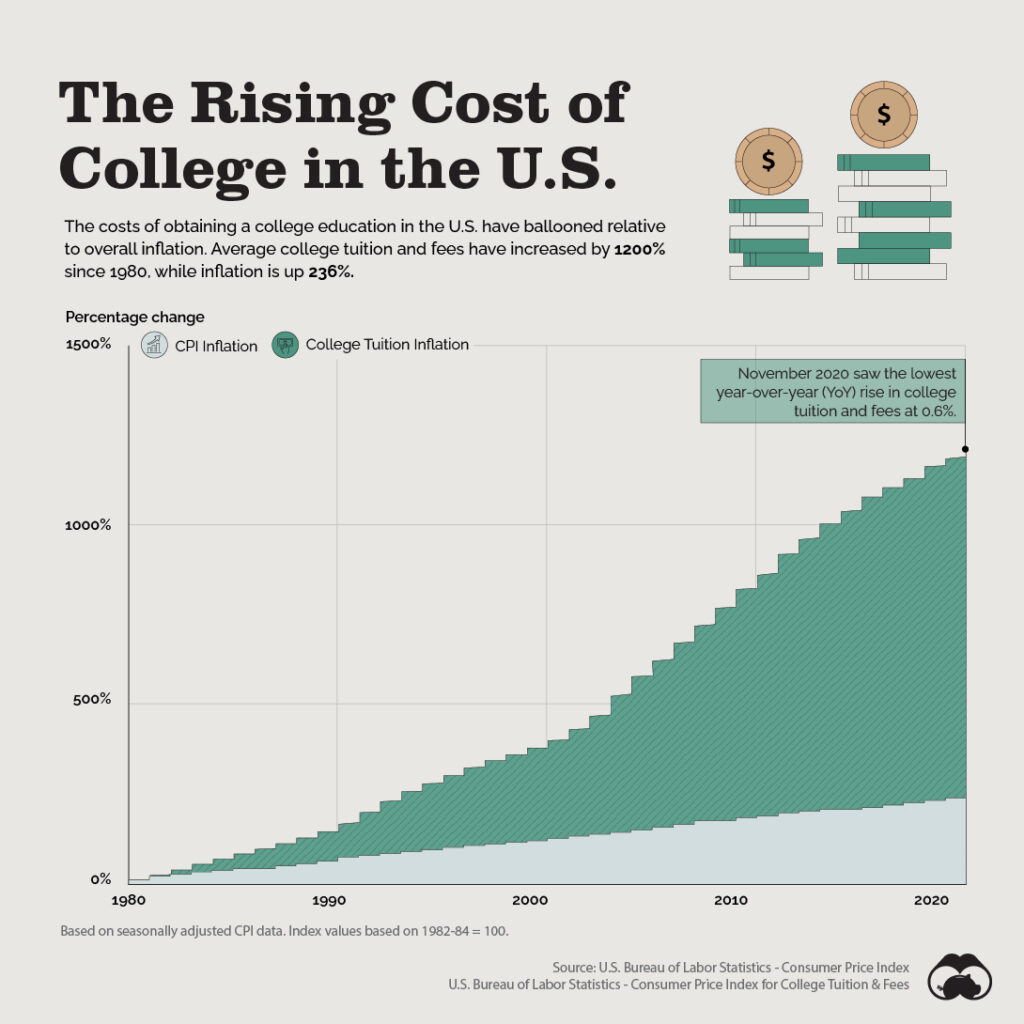 Not everyone is ignoring the issue. Former Labor Secretary Robert Reich isn’t a fan of the status quo.

It’s analogous to a restaurant guide that gives top ratings to the most expensive establishments backed and frequented by the wealthiest gourmands – and much lower rankings to restaurants with the best food at lower prices than attract the widest range of diners.

Without fail, U. S. News puts at the top of its list America’s most exclusive and expensive private universities that admit low numbers and small percentages of students from low-income families.

Our nation offers some of the best educational institutions on the planet.

Is it too much to ask ratings be on a scale commensurate with their prestige, not a self-fulfilling prophecy?

We can and should do much better than this.

Don’t let it control you.