Understanding this is 95% of wealth creation.

It’s mind-boggling the deluge of carnage stocks can absorb and eventually roar back to make new highs.

Take a look at Germany.

It’s hard to fathom a developed country going through more earth-shattering wealth-destroying events in the span of a little less than half a century.

Things ran off the rails with Germany’s defeat in World War I. The Treaty of Versailles was designed to punish the losers and not prevent a second World War. It accomplished both of its objectives with flying colors.

Harsh reparation payments and other punitive measures lead to a bout of hyperinflation, which destroyed Mark’s value. 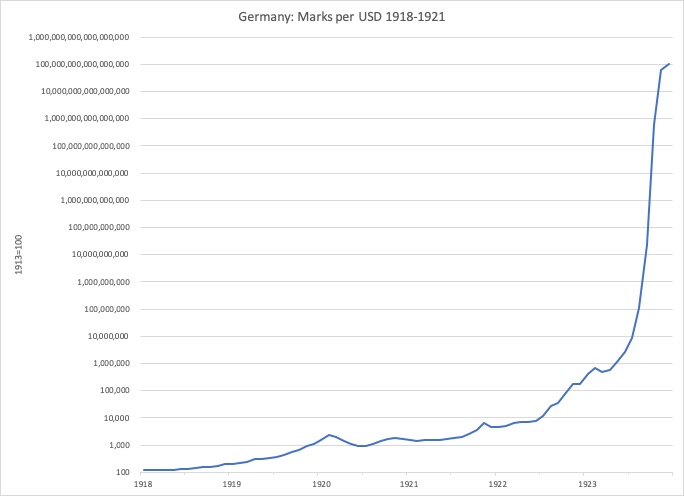 This was the opening act for the economic devastation that followed.

Rebuilding the military jolted the economy back from the dead. Things seemed to be on the right track for Germany. Unless, of course, you were a member of a minority, religious, handicapped, or disagreed with those in power.

Hitler wasn’t building an army for its parade value. He ordered the invasion of Poland in 1939 and moved onto Western Europe in 1940.

After initial success, German divisions were soon swallowed up by the country’s vastness and the frigid winter.

The Russians regrouped and counterattacked. They broke the German lines and streamed into the Fatherland with nothing but vengeance on their mind.

The Russian battle cry was “bread for bread, blood for blood.”

While the Russian Army was raping and pillaging the countryside and cities, Britain and the U.S. carpet-bombed Germany back to the Stone Age.

When the Germans surrendered in 1945, there was nothing left but the rubble of their once prosperous nation.

How did the German stock market do during this carnage?

The results should surprise nobody with an ounce of common sense. 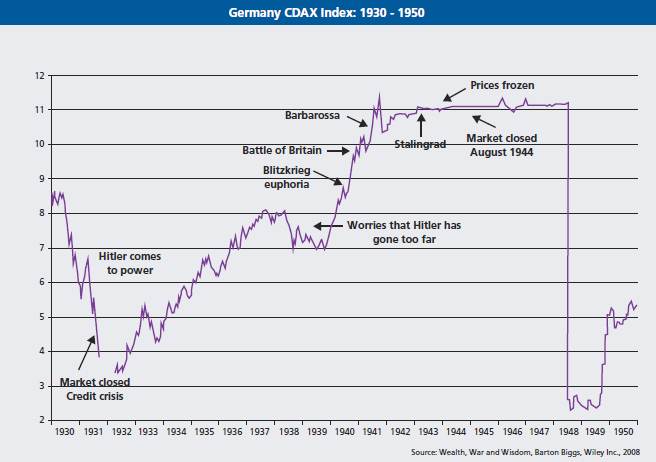 When the market finally reopened in 1948, the first trades were 90% below the levels of 1941—the height of optimism for Hitler’s strategy for world domination.

Something unexpected happened. The German Market rose from the dead. After the Allies pledged to rebuild rather than punish West Germany with the Marshall Plan, the market staged a ferocious rally.

Starting in 1950, German Stocks compounded a staggering 24.65% in real terms over the next decade.

Amazingly despite losing not one but two World Wars, suffering a vicious bout of wealth destruction due to Hyperinflation, experiencing a Great Depression, and living under the rule of a fanatically evil dictatorship,  long-term German investors realized positive returns by 1960.

I wonder how many investors realized those gains? 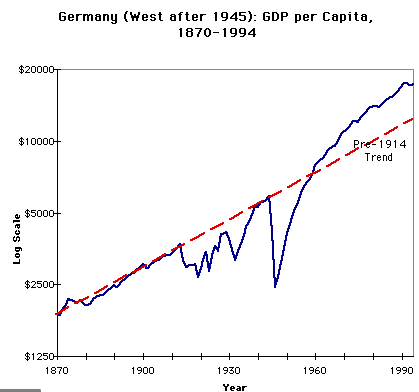 This includes many caveats. Number one,  you had to survive to realize the gains. Secondly, resisting the temptation to sell shares at the lows want easy. Needing to put food on the table to avoid starvation, the stock market’s valuation wasn’t at the top of the decision-making pyramid.

“Staying power, faith, and a strong stomach were required.”

What does all this mean for today’s investors?

Stock markets can be way more resilient than you can imagine. Provided you have the luxury of time to work in your favor.

Betting against the resiliency of human ingenuity is a loser’s bet.

It’s not so easy to kill a stock market despite how hard we may try.