Is the silent money assassin of inflation poised to awake from its long slumber?

Small changes in prices compound into something sinister.

Inflation is the rise of prices in the economy over time.

When this happens, purchasing power decreases.

Inflation is the reason understanding the difference between saving and investing is mission-critical.

Leaving money in a savings account for decades is a guaranteed money-loser due to its nasty effects.

Keeping ahead of inflation is the iron rule of wealth creation.

Too much money chasing too few goods.

When prices rise faster than salaries, our standard of living drops dramatically.

As long as wages grow in line with inflation, we’re okay. That’s the reason a 2-3% rate is considered acceptable.

During the last decade, inflation fluctuated below its long-term average. 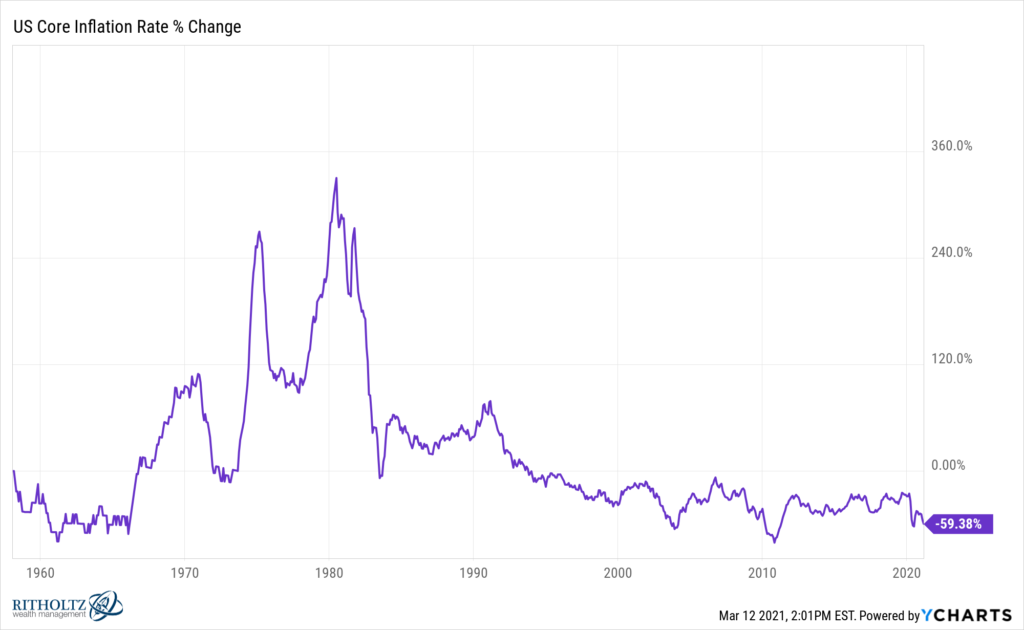 Technology, globalization, declining unionization, along an aging population are the main reasons for this downward trend.

Is this really a problem?

To answer this question, we need to explore inflation’s causes.

Economics textbooks use dry terms to explain things. Papers on Cost-Push and Demand-Pull inflation serve as excellent sleep aids for the average person.

Let’s try to make these concepts easier to understand.

Think of cost-push inflation as an act of God or some random event that shocks our system.

A serious drought causes a rapid escalation in food prices.

Hurricanes destroy refineries resulting in misery at the gas pump.

If workers regain bargaining power, their increased wages cause businesses to raise prices to protect profits, creating an inflation cycle.

Currently, the pandemic has created supply chain bottlenecks causing inflation in exercise equipment and other items due to high demand from various lockdowns.

People have shifted from experiences to goods, causing havoc in keeping up with demand.

This type of inflation is often short-term once it rains, refineries are repaired, vaccines are rolled out.

If people spend faster than factories assemble goods, inflation is the result.

Think of this as an economical speed limit. As long as spending and production are in line, we don’t see much sticker shock.

That brings us to today.

Do we have the perfect ingredients for a Demand-pull inflation storm?

The Federal Reserve promised to keep interest rates low for the foreseeable future. Blasting a fire hose of money into the economy.

Our government is about to inject $1.9 trillion with a massive Covid-19 relief plan.

Consumers are ready to spend after being in lockdown for over a year.

Isn’t this dry tinder for a bout of massive inflation?

Not so fast. The same long-term factors still exist, which have kept inflation at bay for over a decade.

For the dire predictions of Americans burning their dollars to heat their homes, (Yes this did happen with German Marks in the 1920s), we need something resembling full employment.

We aren’t even close.

There are close to 10 million fewer jobs in the economy than this time last year.

Many Americans stopped looking for work and aren’t counted in the official unemployment numbers. If they were included, the unemployment rate would be actually closer to 9.1%

It’s difficult to overheat the economy with this many workers out of work. 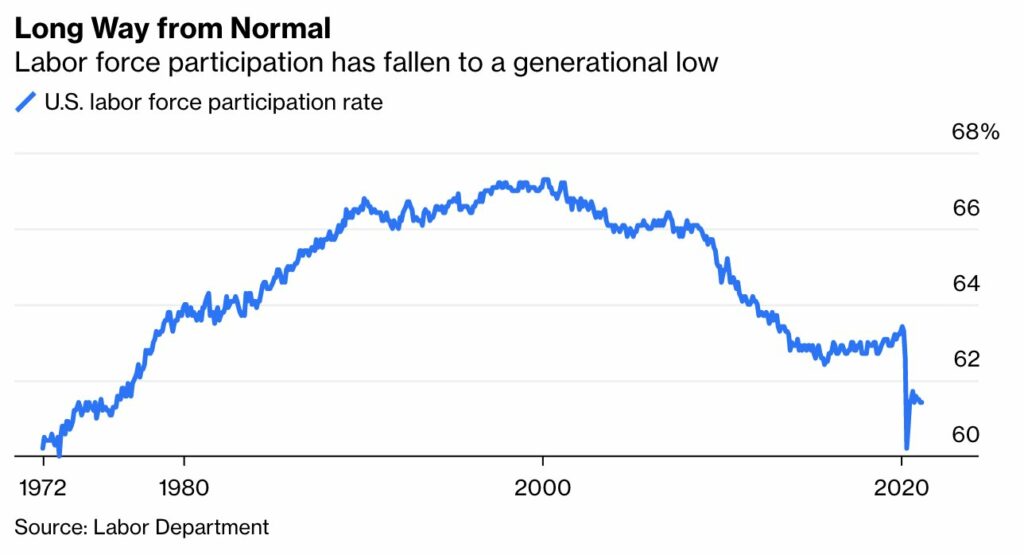 We can certainly see temporary spikes in the inflation rate that may look scary.

The Chairman Powell of the Federal Reserve sums this up nicely.

If we see what we believe is likely a transitory rise in inflation, I expect to be patient. There’s a difference between a one-time surge in prices and ongoing inflation.

When inflation is near zero, people aren’t buying enough goods. When it’s above 5% or so, they’re buying more than the economy’s potential to produce.

We’re getting back to normal. We’re light-years from becoming Venezuela. In that beleaguered country, inflation is raging at 3,000 percent.  A million-dollar Bolivar note is worth 53 cents!

Not allowing people to frighten you about a problem that doesn’t exist at the moment is difficult.

The alternative is worse.