Why do so many safety nets go to the wealthy?

America created a glass floor protecting the upper-middle class from the risk of downward mobility.

Take a look at this crazy story from Dancing With the Stars. Christie Brinkley broke her wrist during a rehearsal. She was immediately replaced by her 21-year-old daughter, Sailor. Things didn’t end there.

Wendy Williams decided to opine on the Christy-Break. Her DWTS conspiracy theory, the injury was faked in order to launch the career of Brinkley’s daughter!

Williams believes Brinkley was looking to get her daughter some attention, sharing: “Now, you know, Sailor is beautiful. She’s a Sports Illustrated model, but that’s not as big as being a Kendall Jenner. In order for girls to get this leg up, it takes more than beauty, you have to have a cache. And that Dancing with the Stars has got a lot of eyeballs watching, and Christie really doesn’t need that. You know who she is.”

“So my thought is that she said, ‘Look, Sailor, here’s what we’re going to do. I’m going to go to a few of these practices, I’m going to go on Good Morning America, get all the press and stuff, I’m going to walk around looking hot and sexy, and then I’m going to play like I broke something.’ And she did break something, allegedly.”

Prodded by Sharon Osburne “People like Wendy Williams were saying you somehow faked it.”

Despite this accusation being a ridiculous ploy of an attention seeker, it’s implications are symbolic of what’s going on in 2019.

Rich parents do just about anything to help their children make it to the top and stay there. Selfishly hoarding their privileged status and depriving the bottom 80% of the population from opportunities that might be available.

From internships to legacy college admissions, Meritocracy isn’t for everyone concerning one’s children.

Felicity Huffman and Lori Loughlin dominate the headlines. Outrageously attempting to get their offspring admitted into elite universities. Their unabashed use of bribery and deceit sparked national outrage.

There’s an important sub-story behind the sensationalism.

Without resorting to cheating, children of affluent parents dominate admissions to elite colleges. 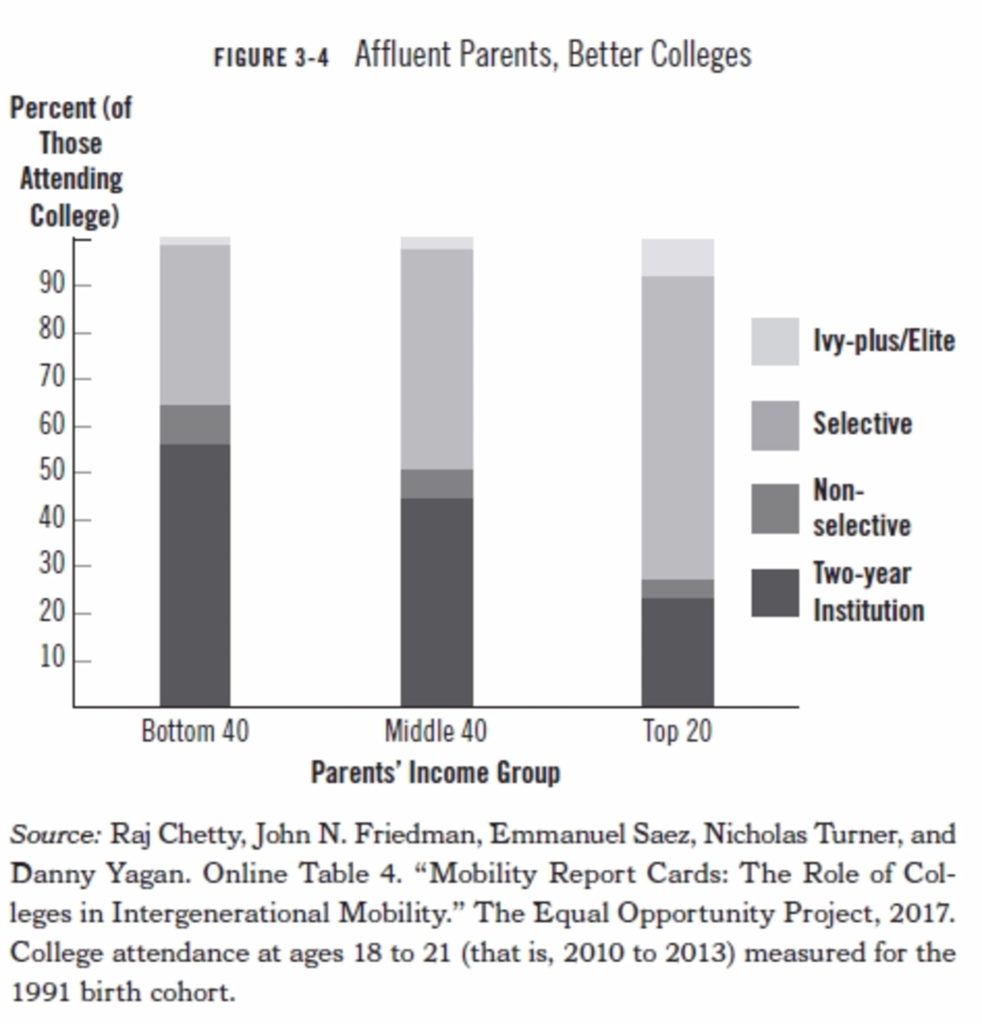 Richard Reeves explores many methods the wealthy use to maintain their dominant status in his ground-breaking book, Dream Hoarders.

His thesis, high-income parents are passing their class status to their children, threatening the uniquely American ideal of equal opportunity and social mobility.

They do this in ways already entrenched in the system,. Worse, these methods are disguised as helping the middle class.

529 plans are an excellent tax-beneficial way to finance a college or private school education.  Funds grow tax-free and are withdrawn with no tax implications as long as they’re used for a qualified college education.

This legislation is called by some, “as middle class as it gets.”  Oh Really?

Only 29% of Americans know these plans exist.

According to Reeves, most tax benefits go to households with incomes over $200,000. 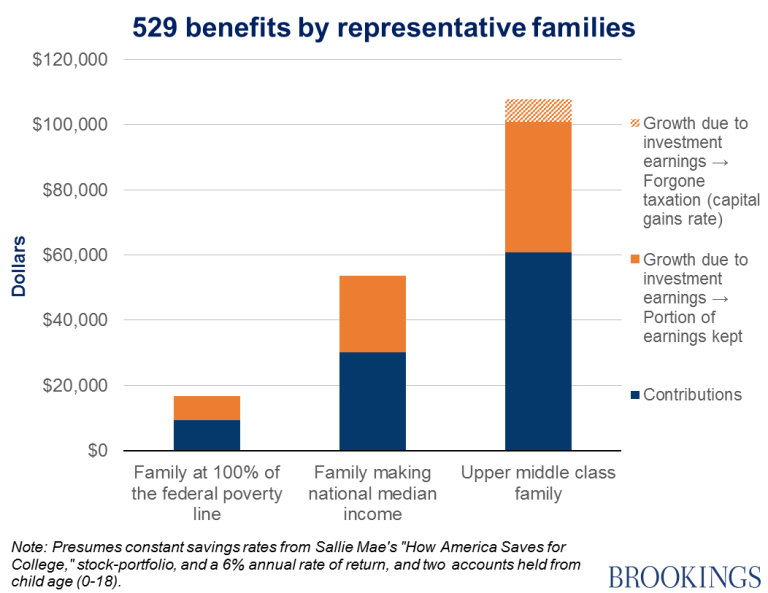 Billions of dollars of tax expenditures like credits, deductions, exclusions as well as lower rates for capital gains and dividends disproportionally favor the wealthy. In effect, this money has turned into a regressive tax compounding the inequality issues. 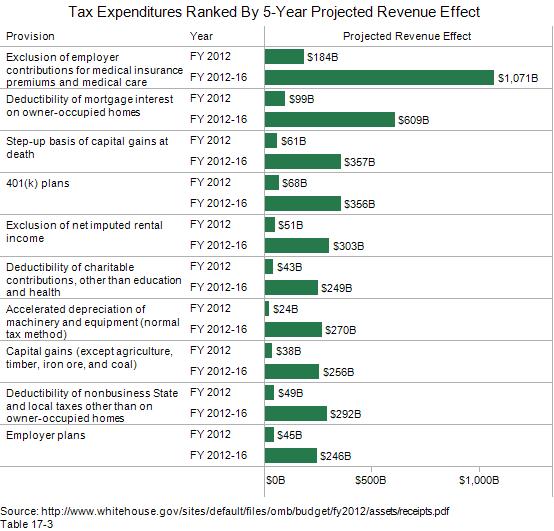 The popular mortgage interest deduction is a good case in point.

Reeves points out, ” The mortgage interest deduction doesn’t seem to raise homeownership rates, yet it costs about $70 billion yearly. Every dollar of this tax subsidy going to families in the bottom fifth of the income distribution, about a hundred dollars goes to those in the top fifth.”

The answer is pretty similar.

“Because they are subsidized through delayed taxes, 401(k)s are worth the most to households in the highest tax brackets. Moreover, higher-income workers are also more likely to be offered a plan, to have their contributions matched by their employers, and, of course, to have the financial freedom to put money in them. As a result, nearly 70 percent of the $190 billion in tax breaks for retirement and income security accrue to the top 20 percent.”

Inequality will never go away. it’s a feature not a bug of capitalism. The problem is we are at historic extremes and things like this never end well.“Let them eat cake” is a really bad look

Currently, the average top 1-percenter makes between 12.7 and 44.4 times more each year than the average bottom 99-percenter. 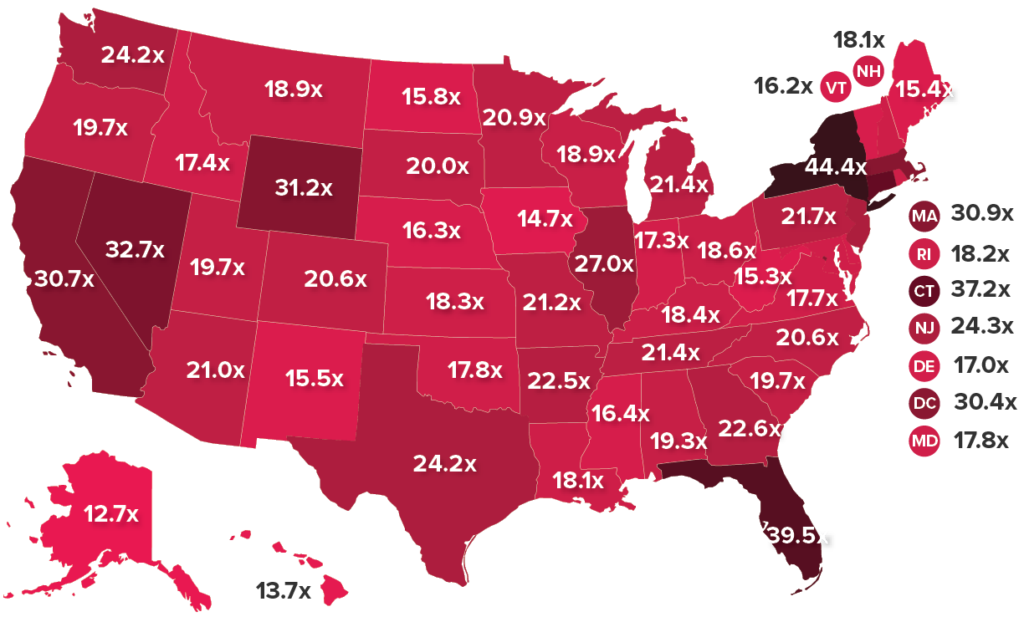 Too many wealthy Americans don’t see these systemic issues as a problem.

Barry Switzer once stated some people don’t realize “they were born on third base, thinking they hit a triple.”

Others have conflicted feelings about helping their own children while suppressing opportunities for those less fortunate.

In the words of E.J. Dionne, “I spend my weekdays decrying the problem of inequality, but then I spend my evenings and weekend adding to it.”

Full disclosure – Our clients and my family benefit enormously from these breaks. To be honest, I’m not sure how I would feel if they were suddenly taken away.

There’s no easy solution to these problems.

All require much soul searching and sacrifice.

One thing’s certain, if we don’t address this problem, we’ll have bigger issues to concern ourselves with than Christie-Break.