What would America look like if we ejected people based on personal disagreements?

Some are dying to find out.

Getting past the not so small matter of deporting U.S. citizens for trivial reasons, how would this play out?

Taken to its extreme, such a policy would be the equivalent of dropping a Neutron bomb on just about everything that unites us as a people. Isolated empty silos would replace a  connected vibrant economy.

Immigrants are one of our countries most important job creators. From senior companies like Proctor Gamble, AT&T, and The Bank of America to Tech giants like Apple, Google, and Tesla, immigrants help form the backbone of our economic system. 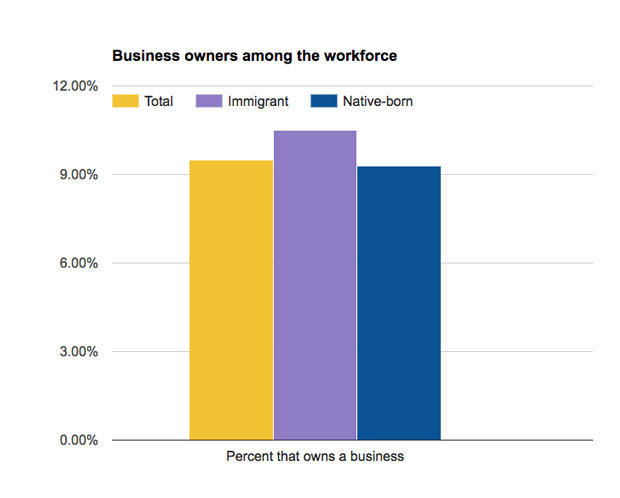 Besides their economic contributions, immigrants are responsible for these staples of the American Experience.

What the hell would we do, wear, eat, drink, watch, or talk about if this stuff weren’t around?

Blue Jeans: Latvian Jacob Davis partnered with German Levis Strauss to receive a patent in 1873 for the original blue jeans design. The rest is history.

The I-Phone: Steve Jobs biological father was a Syrian refugee.

Hot Dogs: German Charles Feltman established a restaurant in Coney island to sell sausages in a roll. He was trying to save money on silverware and it worked.

The NBA: We could thank Canadian P.E. teacher, James Naismith for the pleasure of watching Kwahi Leonard, Kevin Durant, LeBron James. and The Knick City Dancers.

YouTube: Two of its three founders were immigrants. Jawed Karim from Germany and Steve Chen from Taiwan helped found the company that changed video forever. It’s hard to imagine a world where we couldn’t watch short guys going crazy at Bagel Boss, cat videos, or family brawls at Disney World.

Hamburgers: Yup, Danish Immigrant Lois Lassen created this in 1895 and sold it from a small lunch wagon in New Haven Connecticut.

NFL: British immigrants brought Rugby to the United States in the 19th century. This was later modified into Football. Craft fairs and Sunday afternoons are a horrendous combo.

Santa Claus: Dutch immigrants brought this cultural icon to the colonies in the 17th century. The modern image was created by Swedish artist Haddon Sundblom for a Coca-Cola ad.

For fun, we can also throw in Chinese food, Chipotle, and Pizza.

How about our system of government? This was modelled after the British Parliamentary sans the King of course. Send back Italian Immigrant Enrico Fermi, and German Albert Einstein and there’s a decent chance we would have lost World War II. Keeping the A-Bomb away from the Nazis was kinda important.

For all you Patriots out there, WWII’s 442nd Infantry Regiment was the most decorated unit in military history. It was comprised of Nisei, sons of Japanese immigrants.

Forget about singing God Bless America during the seventh-inning stretch during Yankee’s games. The song departed with its composer, Russian Irving Berlin

As my friend Tommy Manetta points out after reading this post:

“Since we are celebrating the 50th anniversary of the moon landing, how about…  German Immigrant Dr Wernher von Braun. No chance we make it there without him”.

That said, “Sending them back” makes things worse.

“It’s nice that you now view yourselves as “Real Americans.” Just yesterday, your kind were anything but. And I don’t mean in the deep south or in obscure corners of the country. Your forebears were considered human garbage on the streets of New York, Philadelphia and Boston. It wasn’t all that long ago when mainstream politicians were actively seeking ways to get rid of you too.”

Immigrants are us and we are immigrants.

The only thing we should be sending back is the dangerous idea that immigrants are the source of all our problems.