Saving for retirement is hard; putting money away for college is even harder for many parents.  For those with the means, the sharks are circling.

529 plans can be a great deal. These accounts grow without taxes weighing on them and withdrawals are free of taxes when used for education expenses (private K-12, college, graduate and trade schools).

There are a number of terrific plans out there  This is a wonderful concept for children and their hard-working parents, until financial salespeople contaminate the pie with their conflicted fingers.

Case in point: The J.P. Morgan New York 529 Advisor-Guided College Savings Plan.  This is for people who want their broker’s “advice” on college savings.

99% of us would do well with an age-based fund that adjusts automatically. If your advisor is only paid for picking college funds and not for helping implement a comprehensive college planning strategy, find another advisor.

The non-conflicted alternative is the New York Direct 529 Plan run by Vanguard. (Full disclosure, we have owned this plan since before our twins were born. Yes, YOU CAN do this.) 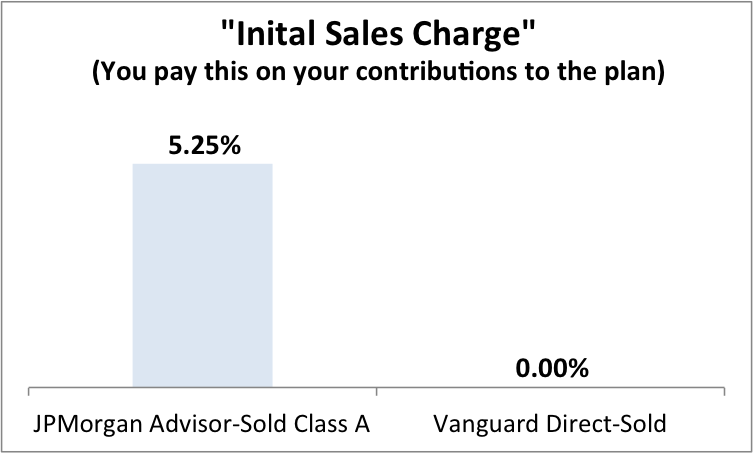 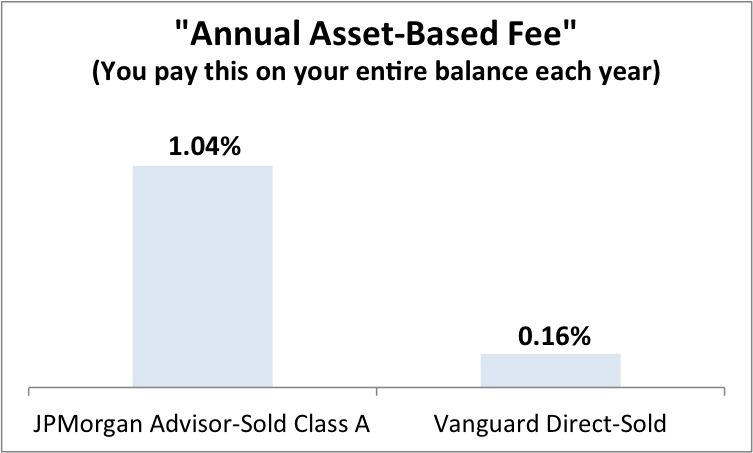 The cost of this “advice” rears its ugly head after 18 years.

Let’s assume you contribute $10,000 to the plan each year for 10 years, for a total contribution of $100,000 and the investment performance is the same for both plans before fees; 6% per year. 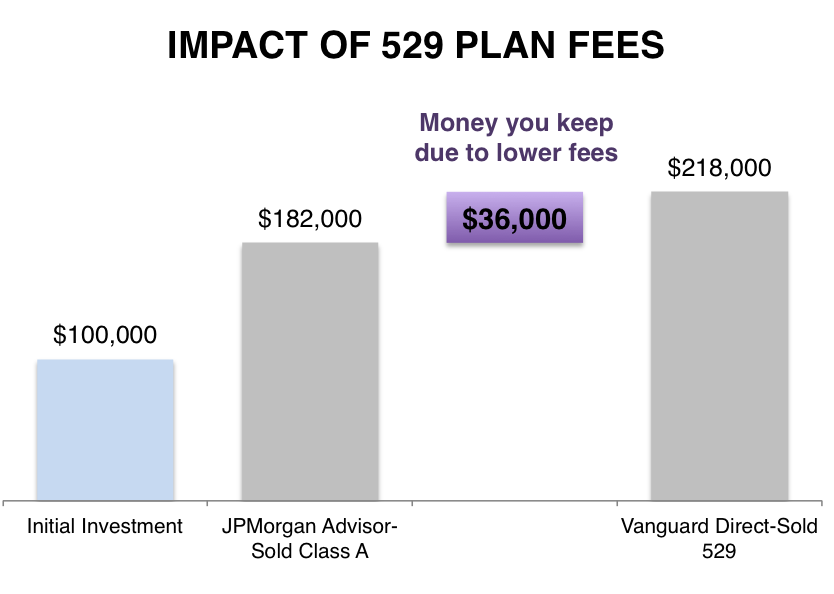 In this hypothetical example, assuming the same investment performance between the two 529 plans, you would end up with an extra $36,000 in the Direct 529 Plan by Vanguard. There’s a lot you and your child could do with $36,000. JPMorgan syphons off an extra 30% of your gains in this illustrative example.  While this performance is hypothetical and is no indication of past or future results, it does show the devastating effects of fees.

The justification for these added charges is that the funds are supposed to outperform the basic indices due to their managers stock picking and market timing abilities. Only about 10% of managed funds beat their benchmarks over a decade and the chances of you picking these special snowflakes are petty close to zero. 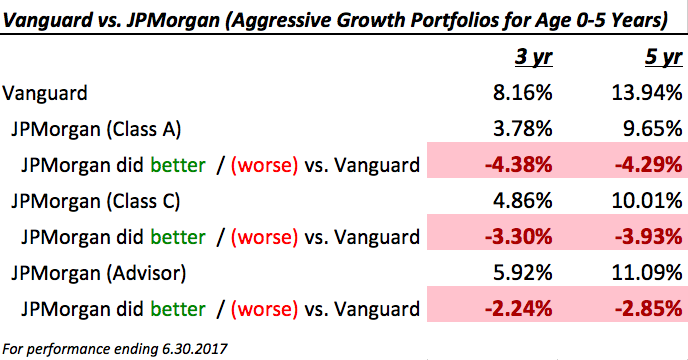 Tell me again why we don’t need a fiduciary rule?

According to Wallis Wilkinson Tsai, “I discovered that JPMorgan reserves the right to take additional money out of your account, there’s no stated cap on this amount, and they don’t even publish data about what these secret expenses have been, historically. “

Many public school teachers are sold this plan along with their  403(b) high-cost variable annuity in the package deal from hell. We have personally observed teachers paying $40-$50 dollars for every contribution they make due to the fact they have not reached certain breakpoints to rid themselves of the onerous sales load.

In effect, many of the above are paying close to 7% annually in fees.

Parents go by one rule: “Don’t screw with my kid!”

If they only knew how much they were overpaying there would be hell to pay. Luckily for the salespeople, this information is buried in a 100-page prospectus.

If you own something like this, give us a shout. We would be glad to help.

Unbridled greed is not a good look.

Especially when you are exploiting our nation’s youth and their well-meaning parents.

Source: All the charts and quotes came from the terrific blog AboveBoard. Do yourself a favour and check it out here.