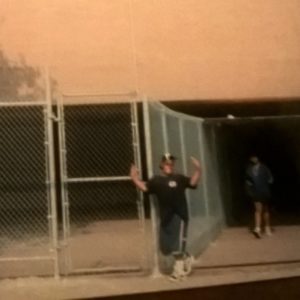 Thanksgiving should make all of us count our blessings. We are all so lucky, despite the trivial problems that temporarily complicate our lives. For five years, I worked in one of the most impoverished and violent schools in New York City. I will never forget some of the things I experienced and saw there. I am currently working on a project incorporating these stories and investing.

Here is an excerpt:

Historical patterns feed many of the tales of misery I witnessed while working in I.S. 53. 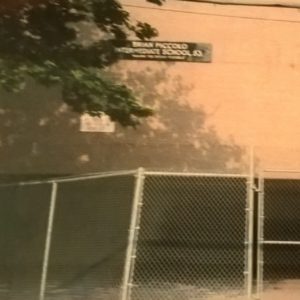 Rather than learning from their mistakes, many students compounded them by repeating them over and over with disastrous results. Unlike public school teachers, who make awful investment decisions to avoid uncertainty and turmoil, many students at this school took the opposite path.

They dove headfirst into chaos. Their choices led to far more destructive results than an underfunded retirement plan.

One year I was asked to help “chaperone” a trip for the school’s Scared Straight program; you know, that show on T.V. where inmates and guards scream curses at juvenile delinquents and steal their shoes.

We had our own program and the destination was Rikers Island.  Located in Queens, on a desolate island near decrepit LaGuardia airport, this place is not for the faint of heart.

Most would assume the average teenager would be terrified to journey to such a place; this was not the case. 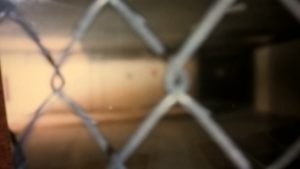 Many of the kids we escorted (along with a couple of members of the NYPD, and some school security officials) viewed this as if they were going to Great Adventure. To them, it was a trip. This meant leaving their dreary environment for the day and having a lot of people pay attention to them.

They received plenty of “attention.”

Before we left, many of the students spoke about having relatives or friends locked up at Rikers. They looked at this as an opportunity to “catch up.”

This was part of their cycle of history. People go to school, drop out, and eventually become incarcerated. Rinse and repeat. Like many public school teachers (and their investment quest for perceived safety), these kids did not attempt to understand or, more importantly, break this vicious cycle.

Their lives were often one bad experience with no peace and prosperity mixed in between. At least the teachers experienced the good times; these kids often saw nothing but the bad.

Their version of history was often filled with long periods of tension broken up by vicious bursts of extreme violence. Knowing this makes it easier to understand how difficult it was for them to break this destructive pattern.

When we arrived at Rikers, we were taken on a “tour of the facilities.” This included a visit to “solitary” where psychotic inmates tried to grab us through their cages.

We saw all of the confiscated homemade “shanks.” More importantly, we viewed the gruesome photos of the victims of these improvised weapons. This was not a sight for the squeamish.

The day ended with an “assembly” run by a group of volunteer prisoners. There were over 200 inmates in this area, which included our group plus about four to five guards. I looked around and thought to myself: This was not exactly the best risk/reward ratio concerning our safety.

The prisoners got in the faces of our students. They screamed obscenities and told them all of the horrible things that would happen to new arrivals.

The inmates then stole all of the students’ stuff; preparing the kids for the mass thievery that would await them, if they ended up in jail. Even the most hardened members of our group were crying by the end of the day. This only fed the inmates’ anger. They dialed it up a notch when weakness was exposed.

Our bus left Rikers in complete silence and stayed that way until we arrived back at school. This was in stark contrast to our earlier, and tumultuous, arrival to Rikers.  Some students gained control of our vehicle’s microphone and, as we were checking in at the security office, shouts of “Fat Ass” and more creative four-lettered insults were broadcast out to anyone passing by.

I don’t know about these kids but I was certainly “scared straight” by the end of the day.

My guess is maybe it worked for a couple of them, but the majority forgot this terrible experience and resumed their pattern of beating people up and stealing things.

History can be the best teacher to understand the world around you. Investing cycles come and go. Ignoring conflicted insurance salespeople and contributing on a regular basis to a low-fee diversified portfolio leads to good things down the road.

Imagine if your history was filled with only negative influences and bleak futures for almost everyone you came into contact with?

It makes things much harder when there is no light at the end of the tunnel. In a world where emotions and instincts have kept you alive, it is hard to put anything into proper context.

Investors can use their knowledge of history to make sound investment choices. For these kids, history often did the opposite.

Their experiences in an environment where prison is part of the life cycle doomed many kids before they had a chance.

Don’t let temporary bad times ever influence long-term investment decisions. Consider yourself lucky that these times are temporary; unlike many other unfortunate people who don’t have this choice.

It’s really hard to learn from history if you don’t have good teachers. This goes for investing and, more importantly, life. 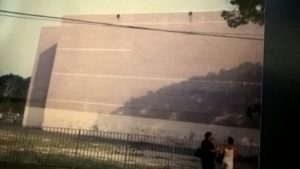 Note: The pictures posted here are from the school, not the prison.