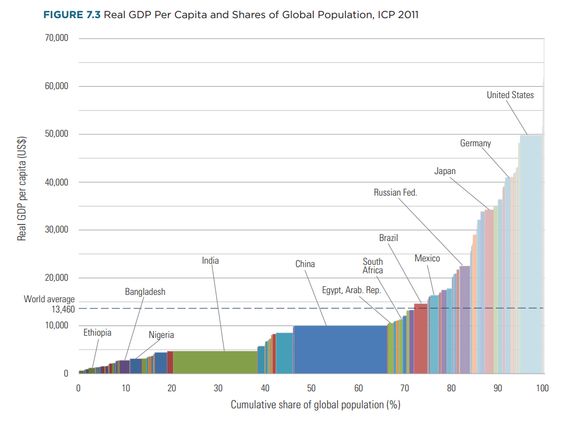 In America, many investment firms won’t speak to you unless you have $250,000 or more to invest. Global median wealth per person is $3,582 in 2017. The United States might as well be in another net-worth galaxy compared to the rest of our fellow earthlings. Credit Suisse came out with a fascinating research paper, Credit Suisse Research Global Wealth Report 2017. Read it!

Some of the facts are mind-blowing.  It should make us think about some very important issues concerning the future of our planet. Here are some of the highlights (Net Worth= Financial + Real Assets – Debt):

This report should make you look a little differently at those Lexus commercials with people receiving $60,000 cars as Christmas gifts. Warren Buffet was right. If you are reading this you won the genetic lottery.

We don’t need Elon Musk’s SpaceX to see what life is like on another planet. We can all visit a place much closer to see extraterrestrial money life forms – planet Earth.