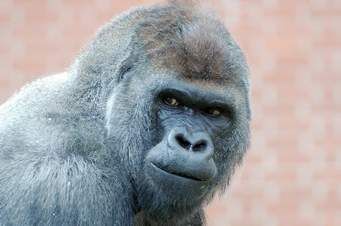 What do Nashville, Donald Trump and the Bible have in common, besides having the potential for a bad joke?

They should not be included as components of your investment portfolio.  Unfortunately, this is the new reality. Sponsored by our good friends on Wall Street, there are now several “theme-based ETFs” specifically designed to separate you from your hard-earned money.

A few examples include:

There are many others but you get the point.

All kidding aside, there are certain investment factors that can lead to market-beating results. Immense amounts of data have been scrutinized over a sizable time frame, in many different places, and across conditions to come to this conclusion.

In the pursuit of the almighty dollar, this process has been bastardized into a form of exploitation and silliness. New products are coming out on a daily basis that do not come anywhere near following the classic factor criteria as outlined in Your Complete Guide To Factor-Based Investing by Andrew Berkin & Larry Swedroe:

There are certain factors that meet these strict criteria. They include: size, value, momentum, and quality. And now, for the English translation: The stocks that tend to perform better than the market over long periods of time are typically smaller, highly profitable, and underpriced compared to their earnings potential. This list also includes stocks which are going up (momentum). They usually stay that way for a while.

This post would have to be way too long to get into the nitty-gritty details of factor-investing (read the book.)  Before you ponder tilting your investments toward this approach, there is a big caveat to consider. This stuff works, but not necessarily when you want it to. This could mean several years of trailing the market in a big way. Don’t let your factor become buy-high/sell-low. The most important factor to consider is your behavior; know yourself and your impulses.

In the words of Andrew Berkin and Larry Swedroe, “For funds using proprietary, newly minted factors that do not meet our criteria, we do urge caution. Tread carefully and remember the details of implementation matter quite a bit as well.”

Here is a fund of funds that sums up of all these monstrosities:

Ticker Symbol: CRAP – Invests in a manner designed by slick marketing people to take advantage of your irrational behavior and lack of investment knowledge.

Do yourself a favor and stay out of the overcrowded investment-themed zoo.

Source: Your Complete Guide To Factor Based Investing by Andrew Berkin & Larry Swedroe