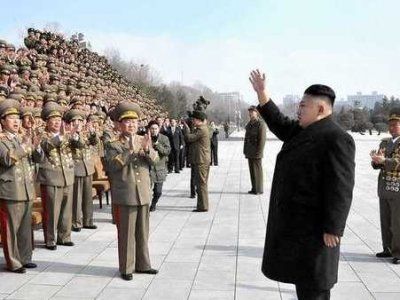 There is a huge bubble in unnecessary worry.

Our greatest risk is choosing the wrong thing to worry about. Probability blindness is our enemy.

For example, we vastly overstate the potential for cataclysmic markets events.

“We pay close attention to some risks while ignoring others, which very often causes the dilemma of choosing between risks to vanish,” according to Dan Gardner.

There is no such thing as being risk-averse. People are averse to certain risks above others.

According to Cass Sunstein, “Human beings, cultures, and nations often single-out one or a few social risks as salient and ignore the others.”

This is called habituation. We tend to ignore the risks of familiar things. Instead, we focus on risks that are novel and never before seen.

Think of how people react to terrorism. Between 1968 and 2007, international acts of terrorism killed 3,765 people.  Only a little above the amount of Americans killed in motorcycle accidents in the single year of 2003. Still, the average person believes their loved ones have a pretty good chance of being killed by ISIS in 2017.

Combining habituation with group polarization is a big problem. Stressing out with people who have the same misguided view of risk will make things worse.

Many investors fall neatly into this pattern. Over the years, I have heard the following sincere (but misguided) worries about events that my clients were certain could blow their portfolios back to the Stone Age:

Signal value describes the extent to which an event seems to warn us of future dangers, no matter how unlikely they may be. For example, an event like 9/11 would have signal value somewhere in the upper stratosphere.

While there is a chance of a fascist hijacking our democracy or an extinction-level pandemic, creating an investment strategy based on the high probability of these events occurring is a guaranteed money loser.

Why?  If you bet on the end of the world and you “win”, who in God’s name are you going to collect from?

All of the above are prime examples of investor habituation. This is made worse by tribalism; add in a caveman’s brain, programmed to be alert to any perceived threat, and we have a recipe for investing disaster.

What can investors do about this?

“Nice” financial salespeople are a greater enemy to your portfolio than anything Donald Trump may say in an early morning twitter rant.

The real risk is your portfolio suffering a death of a thousand cuts rather than an H-Bomb exploding on your jungle gym.

Managing risk can be very complicated. The key to success is focusing on the risks that have the highest probability of occurring.

According to Bruce Ames, “There are really important things to worry about and it gets lost in the noise of this constant scare about unimportant things.”

According to Dan Gardner, “Politicians, corporations, activists, and nongovernmental organizations want votes, sales, donations, support, and memberships, and they know that making people worry about injury, disease, and death is often the most effective way of obtaining their goals. And so we are bombarded daily with messages carefully crafted to make us worry.”

Remember this the next time you hear someone tell you to sell your stocks because of something an overweight Korean gangster with a really bad haircut says or does.

The best advice I can give is- Choose your own risks. Don’t let others determine what you should be worrying about.

Source: The Science of Fear by Dan Gardner