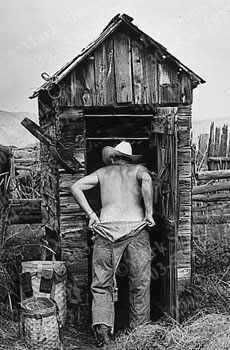 Some brokers often shovel annuities into retirement accounts like coal into a furnace.  The results are the same: an incessant need for more coal and lots of fire.

In this instance, client money is the coal.

A horrific story recently came out about a group of annuity peddlers.  It turns out four former Atlanta LPL brokers were swindling retired government employees.

They came up with a scheme to trick retirees into rolling over their funds from the super cheap and efficient penthouse-quality Government Thrift Savings Plan into a high-cost variable annuity outhouse.

According to advisorhub,  “The brokers, who allegedly ‘fostered the misleading impression that they were in some way affiliated with or approved by the federal government,’ earned about $1.7 million on the sales between March 2012 and November 2014, the SEC charged. Some of the brokers opened accounts at the broker-dealer for five investors without consent so that the annuities that ‘had much higher costs than alternatives’ available in the federal savings plans could be sold, it said.”

“Motivated by the prospect of high commissions associated with the variable annuities, the representatives targeted federal employees, aged 59½ and over, who had significant TSP account holdings that could be rolled over on a tax-free basis” into products held at annuity carriers, the civil filing said.

This is not surprising to us.  Many teachers and other 403(b) participants are sold expensive annuities in misleading, but legal ways.

Often the Third Party Administrator (“TPA”) who handles the paperwork will offer something called a “preferred” list of vendors. Employees assume this verbiage means these are companies that offer the best investments. Nothing could be further from the truth. This is simply old fashioned “pay to play.” Pay the administrator to be on the list and you become preferred.

Low-cost companies, like Vanguard, refuse to be extorted. We are left with those who can afford the entry fee because they overcharge investors.

Here is an example of a “preferred” list from a school located in Nassau County, New York:

No fair-minded, evidence-based, and independent advisor would choose these companies that offer expensive annuities for their parents’ retirement accounts or anyone else they cared about (unless their definition of “preferred” is “sell high-fee investments so your clients will have to work longer and accumulate less money.”

The quality of the expensive variable annuities and high-fee mutual funds are summed up eloquently by former N.Y. Jet, Brandon Marshall. Speaking of last season’s disastrous 5 -11 record, “The best way I can describe it is, having a diaper on and never changing it.” He continues, “And just sitting in that diaper the whole year.”

Regarding the quality of their 403(b) plans, teachers have been sitting in dirty diapers for decades.

While I have sympathy for the federal retirees, the perpetrators were caught. The victims had many years to accumulate funds using low-cost diversified asset allocation strategies.

The same cannot be said for the millions of non-profit employees covered by non-ERISA 403(b) retirement plans.

They are often limited to high-fee annuities peddled by salespeople as their prime investment options. They are also led to believe that overpriced annuities are so-called “preferred investments.” This misleading categorization only adds insult to injury to their predicament.

To make matters worse, we have seen these predators hijack employees’ non-retirement accounts.

In one egregious case, we witnessed a salesperson switch a teacher’s low-cost and highly rated direct purchase N.Y. State 529 college saving plan into a broker option in which the teacher had to pay 5% for every monthly contribution.

That is the definition of financial exploitation of the highest order.

We “prefer” to watch out for our clients’ best interests, not suppress their wealth. If you have a 403(b) plan, let us take a look. We will tell you the truth even if it is something you may not want to hear.

In the words of Steve Matz, pitcher for the Mets (another dysfunctional N.Y. sports team), “It sucks to suck.”

This is especially true when it concerns your retirement account.