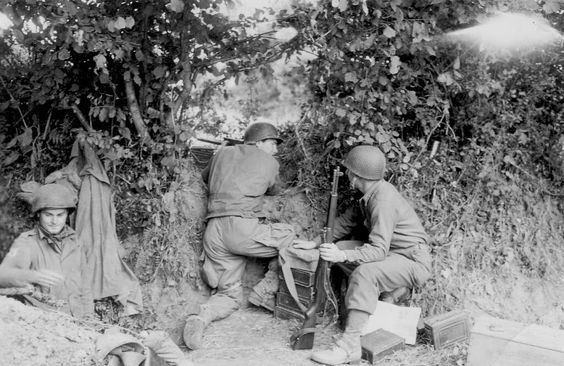 Watch out; you may just get what you wished for when you retire. Saving and investing for retirement can be complicated enough. What is your plan to withdraw your money?

Many people focus so much on squirreling away money, but have little concept of the endgame distribution of their funds.

This week marked the 73rd anniversary of the D-Day invasion on June 6, 1944. Like many retirement savers, the Allied forces were grossly unprepared for what was coming next.

While the beach landings were, in some places, a murderous blood bath; what faced the Allies afterward turned out to be worse.

Once the Allies fought their way off the beach, they encountered an obstacle they were ill-equipped to deal with: hedgerows. These were thick clumps of bushes that were used to separate the farming pastures in Normandy. Time and nature turned them into insurmountable barriers.

According to Rick Atkinson, “They became a monstrous blood mill.”

General Omar Bradley stated, “They present a fortification like a wall through which it was not only impossible to enter but even penetrate with the eye.”

They provided cover for German machine guns and mortars to punish the Allies without mercy.

According to Atkinson, “Aerial photos of an eight mile swatch revealed some four thousand hedged enclosures.”

As one Battalion Commander stated, “We were rehearsed endlessly for attacking beach defenses but not one day was given to the terrain behind the beaches, which was no less difficult and deadly.”

Like the focus of the Allied commanders, investors often throw all their energy into the first stage of their plan, accumulating assets. If they are somehow able to navigate these murder holes of behavioral biases, high-fee investments, and short-term thinking, they are far from being in the clear.

Investors have their own hedgerow fortifications to overcome. Without the help of a skilled, fee-only fiduciary advisor, most investors will have great difficulty answering the following questions. Unfortunately, many will not even know what questions to ask, such as:

While the invasion of Normandy Beach took extensive time and energy, the Allies found out it was only half the battle.

These questions cannot be answered by Siri. Nothing to do with money is 100% certain.

Any semblance of certainty relies on controlling what you can control. Nonetheless, even the best plan will not work without action.

Like the old saying goes, “An order is but an aspiration; a hope that what has been directed will come true.”

Regarding the 20-30 years you may spend in retirement, hope is not a strategy.

If you need guidance in answering these questions, we would be happy to help.

Source: The Guns at Last Light by Rick Atkinson