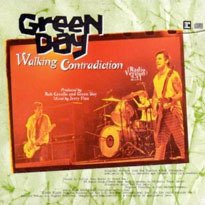 Most investors are a walking contradiction. You cannot love both Hilary Clinton and Donald Trump; root for both the Yankees and the Red Sox; nor can you put grated cheese on linguine with clam sauce (shout out for all you hardcore Italians out there).

Some things just cannot go together. Don’t tell this to investors. Their belief systems would make a Sean Hannity/Lena Dunham marriage look like a match made in heaven.

People do so many things that directly go against their best interests. I love figs but every year I forget to cover my tree and end up with nothing but green leaves. Too many investors act this way with their money; with more dire ramifications than a fig-less summer.

Over the years, I have observed their contradiction-addictions, and here are some of the things I have found.  Many investors:

These contradictions are far too common and are an immeasurable cost to investors that can’t be counted in just dollars.

The good news is these are all preventable with the use of a little more logic and the advice of an advisor who is looking out for your best interests. If you see yourself making these mistakes, we can help you break your contradiction-addiction.

A little bit of rational thinking can go a really long way.

Why not give it a try?

Source: My years of observing crazy things people think and do with their money.

Anthony is currently heading the Educator/403(b) Division at Ritholtz Wealth Management LLC. The goal of our division is to transform the way teachers save for retirement.